Ashton Kutcher is one of the most popular users on Twitter, now with 6.3 million followers.

Only five accounts have more followers, but Kutcher's account was hacked today at TED, RWW reported this evening.

The hack appears to have taken place over a local network at TED by someone nearby Kutcher. RWW noted it was "particularly humorous," but also embarrassing for Twitter, and speculated it could hurt the social network:

How excited will the stars Twitter seeks to get onboard be when they find out how easy it is for strangers to hijack their identities? Probably not very excited!

The two tweets following the hack were, "Ashton, you've been Punk'd. This account is not secure. Dude, where's my SSL?" and "P.S. This is for those young protesters around the world who deserve not to have their Facebook & Twitter accounts hacked like this. #SSL"

The tweets were posted to his account @aplusk on Wednesday evening and were still on his page as of 8:50 p.m. Eastern Time (screenshot below). 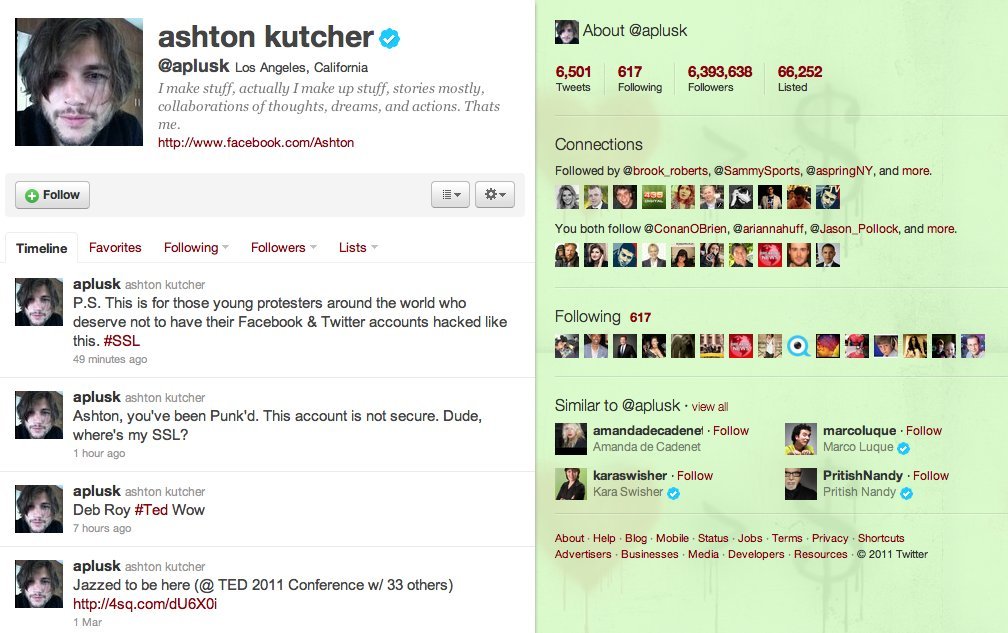 Click over to RWW for more on the hack and how it was accomplished.