Ashton Kutcher and the Village Voice are locked in a Twitter battle, disputing the facts behind sex trafficking and calling each other out on their respective examples of hypocricy.

It was on when the Village Voice published a cover story Wednesday titled "Real Men Get Their Facts Straight." The piece argued that there were 8,263 arrests for child prostitution in the U.S. during the last decade, compared to the 100,000 to 300,000 children Kutcher cited in his anti-trafficking campaign "Real Men Don't Buy Girls."

Now, Kutcher has roped in Voice advertisers. He tweeted to American Airlines, Columbia University, Disney and Domino's on Friday:

"...are you aware that you are advertising on a site that supports the Sale of Human Beings (slavery)?"

Kutcher was referring to the Voice's Backpage.com personal ads, which police and elected officials have accused of facilitating trafficking.

Since the feud erupted, American Airlines has pulled its ads and responded to Kutcher in a direct message on Twitter:

"Heads up: Ads should be down w/in the hour. Blank ads are being served for now."

In an editor's note, the Voice writes:

"From its earliest days, the Village Voice has run adult classifieds. Today, those classifieds are hosted online at Backpage.com....It is true that Village Voice Media has a stake in this discussion. But the facts speak for themselves."

The Voice says the best way to fight trafficking is to support U. S. Senate Bill 596, which would provide shelter and counseling for victims. 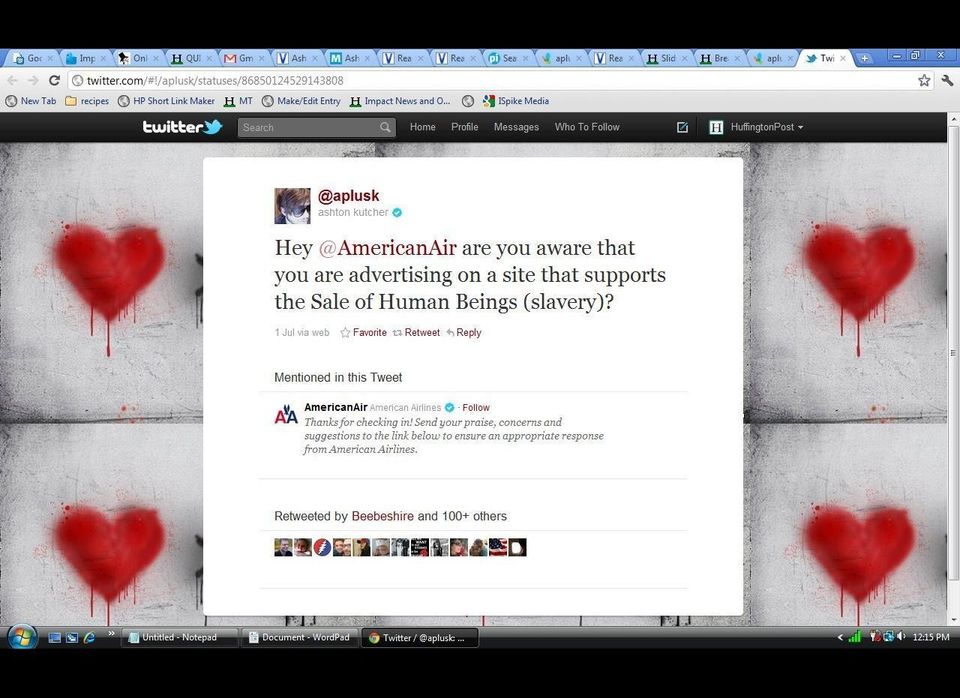