Ashura, an optional fast day for Muslims that commemorates different things for Sunnis and Shiites, falls on Dec. 4-5, 2011. The word itself, ashura, means 10, and the holiday is the 10th day of the Islamic month of Muharram. The Islamic calendar is lunar, so the date of Ashura can vary depending on sighting of the moon.

Sunni Muslims consider Ashura a fast day for two reasons: Muhammad fasted then and Moses fasted in appreciation of the successful Exodus for Egypt. Shiite Muslims mark Ashura as a day of mourning for the Prophet Muhammad's grandson. In fact, Hussein's martyrdom is one of two major events that led to the Sunni-Shiite split in Islam. Shiites, who constitute Islam's second-largest denomination (about 10-15 percent of the world Muslim population), consider Hussein to be the one true heir of Muhammad's legacy. 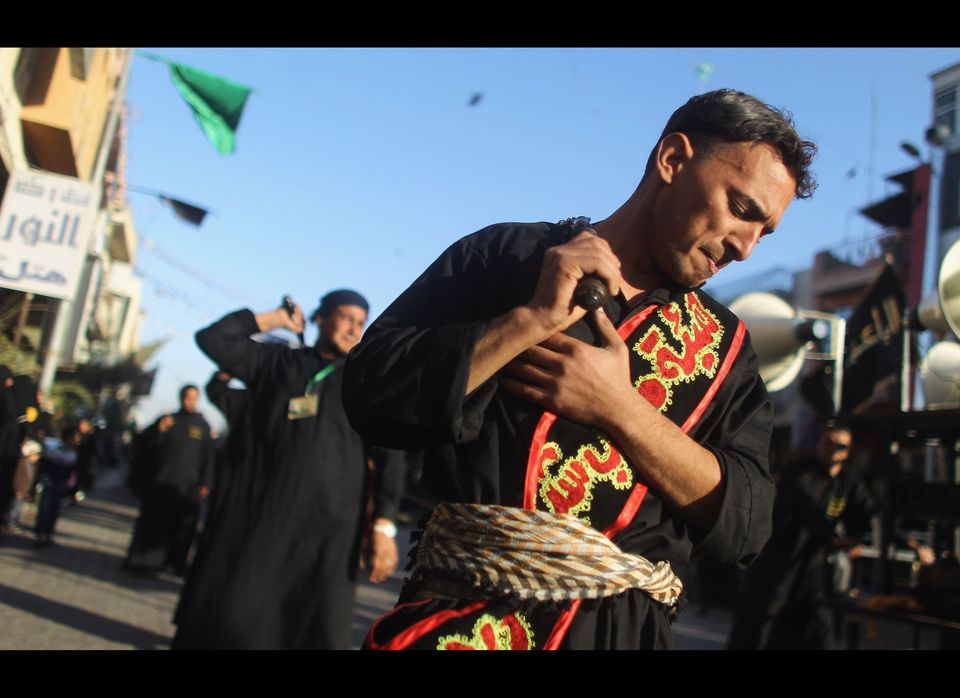 1 / 20
Ashura in Iraq
Iraqi Shiite Muslims march in a parade marking the month of Muharram in preparation for the festival Ashura on Dec. 1 in Baghdad, Iraq. Ashura marks the death of Prophet Muhammad's grandson the revered Imam Hussein in Karbala, Iraq 1,300 years ago. Shiite festivals were prohibited during the time of Sunni dictator Saddam Hussein's rule. Iraq is transitioning as the U.S. military continues its withdrawal from the country by the end of December following the war that began in 2003.
Mario Tama/Getty Images