Thousands of Shiite Muslims in India, Bahrain and eastern Saudi Arabia marked the mourning day of Ashura on Thursday, commemorating the death of a grandson of the Prophet Mohammed by wearing black as well as engaging in bloody self-flagellation processions, the AFP is reporting.

Imam Hussein, a grandson of the Prophet Mohammed, was killed by armies of the caliph Yazid in 680 AD. He was said to be decapitated and his body mutilated in the battle at Karbala, now in Iraq, Reuters reports. As is custom, the crowds -- many of the them hordes of shirtless men -- re-enacted the killing of Hussein, hitting their backs with knife-covered chains and cutting their heads with swords, even though the self-flagellation traditions have been banned by some members of the Shiite clergy.

In Iran, Thursday's commemorations took on a special significance as they came just one day after a suicide bomber from Sunni militant group Jundallah killed 34 faithful taking part in an Ashura procession in the southeastern city of Chabahar in Sistan-Baluchestan province, the AFP reports.

See photos of the day of Ashura here: 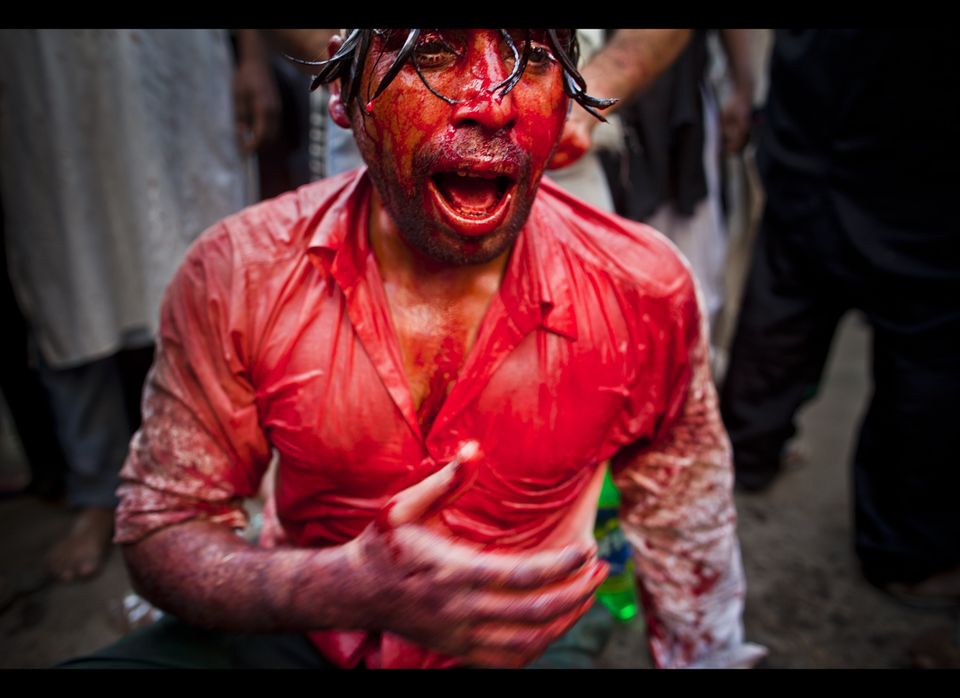 1 / 10
A Shiite Muslim beats his chest as part of a self-flagelation ritual during a religious procession of the Ashura mourning period.
Getty