NEW YORK (AP) — Actress Olivia Cheng was recently volunteering in Vancouver when she says she witnessed a man drive up to an elderly Chinese woman, roll down his window and yell, “This is your fault!” before throwing trash at her.

The incident enraged Cheng, and also served as another reason why she feels it’s so important for celebrities of Asian descent to use their voices and speak up against anti-Asian attacks, which authorities say are increasing during the coronavirus pandemic.

“I don’t think we can pretend that this isn’t happening,” Cheng, who stars in “The Stand” on CBS All Access, said in a recent interview with The Associated Press. “For now, it would not be unwise to be a little more careful, to maybe have buddy systems when possible to go get your groceries if you’re not feeling safe.”

The FBI reports there has been an uptick in hate crimes and harassment against Asian Americans since the outbreak of COVID-19, which first appeared in Wuhan, China, late last year.

Some people have blamed China and Asians in general for the spread of coronavirus; President Donald Trump at times has called it the “Chinese virus.”

In New York, state Attorney General Letitia James has set up a hotline to report harassment or other targeted crime. Some of those incidents have been filmed and posted online.

“Tigertail” star Tzi Ma says he’s been a victim of such harassment. He was entering a grocery store in Pasadena, California, recently when he was confronted by a man in a car.

“He looked at me straight in the eye and said, ‘You should be quarantined’ and took off,” said the veteran actor, who was born in Hong Kong but moved to the United States as a child.

“I got very angry obviously, flush with this kind of cold in your body. And I started screaming at him, but he was way too far away for him to hear me.”

Actor Alain Uy, a star of the upcoming Hulu series “Marvel’s Helstrom,” worried early on that such incidents would occur after the virus’ spread.

“Once this outbreak happened in Wuhan, we all kind of went, ‘OK, we know what this is gonna mean,’” said the actor, who was born in the Philippines.

“It’s very sad when I feel a little bit weird when I’m going to go for a walk around the block,” he said.

“The Real” co-host, Jeannie Mai, who is half-Vietnamese and half-Chinese, revealed recently that for the first time, she needed someone to monitor her social media posts to delete racist comments.

“The Good Doctor” actor Will Yun Lee is even nervous about taking his baby son to the grocery store: “My wife is Caucasian, but my son is half Korean and half white. But he looks very Asian.”

But Ma and other stars are speaking up and working to combat the ignorance and harassment. Ma joined actress Celia Au and other celebrities and influencers in the recent campaign called ” Wash the Hate, ” created by IW Group, an Asian American-focused marketing agency. The PSA features Ma, Au and others washing their hands and reminding people that hygiene, not xenophobia, is the way to help combat the virus.

“If I can start the conversation, why not?’ said Au, who was also born in Hong Kong. “If we don’t talk about it, then it’s not going to be talked about at all.”

For Cheng, the recent wave of anti-Asian sentiment brought back painful memories of her childhood growing up in Edmonton, Canada, where she was the victim of a bias attack as a teen.

She went down an internet rabbit hole of attacks posted online. “I had to stop watching,” she said. “It brought up all those feelings again from being a kid and not being able to do anything.”

Mai says that it’s not only important for Asian stars to speak out against these attacks, but people of other races as well.

“These are the conversations you need to be having with your kids in your house. You need to, even if you’re not Chinese. You should be explaining that this is terrible, that racism is coming out of this pandemic,” she said. “So, have that talk with your kid. Have that talk with your friends. If one of your friends says, ‘Yo, this ‘Chinese Virus’ is crazy.’ Say, ‘No. Actually, man it’s called COVID-19. It’s not the ‘Chinese Virus.’’ Just check them.”

Earlier this month, “The Real” host Bill Maher defended calling coronavirus the “Chinese Virus,” comparing it to the Spanish flu.

“While people say it’s innocuous and that it came from China, it’s the undertones,” Lee said. “Certain people will grab those undertones and attach to it.”

There’s also a worry that anti-Asian American sentiment could translate to a regression in Hollywood after recent success of telling Asian stories.

This year, the South Korean film “Parasite” won the best picture Oscar, and Chinese-American director Lulu Wang took home the Independent Spirit Award for her film, “The Farewell.” “Crazy Rich Asians” was a hit at the box office in 2018 and last year, Sandra Oh became the first Asian woman in 39 years to win the best leading TV actress Golden Globe for “Killing Eve.”

“I worry, is this going to impact our chances so soon after it feels like we finally made inroads?” Cheng said. “Is this going to regress us and put us however many steps back?”

Ma says the only way to proceed is to keep putting out diverse stories.

“There’s no relenting. We’ll keep moving forward. And hopefully one day, people are going to say, ‘You know what? I not only accept the differences, but I also accept the fact that we’re very much alike.’” 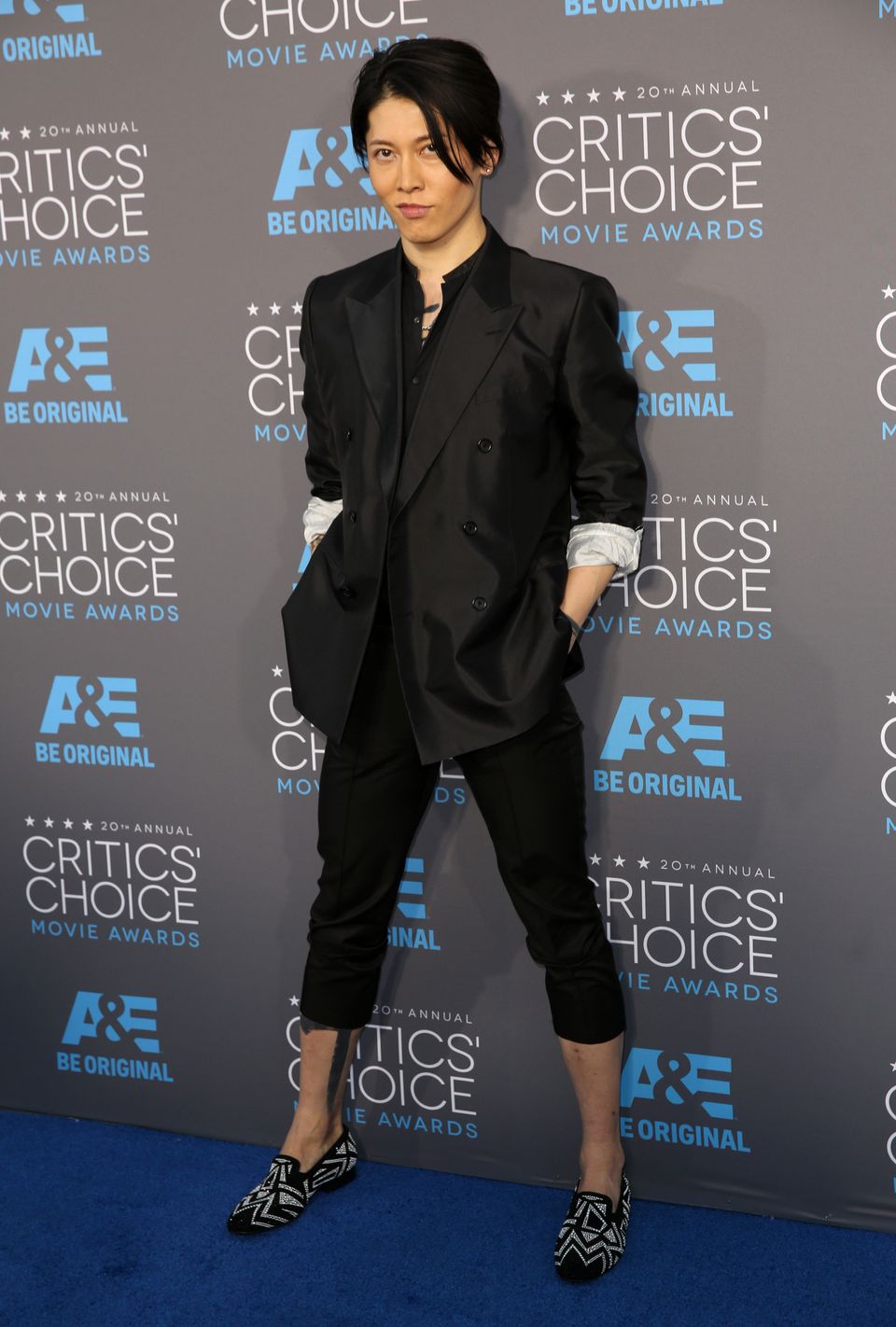