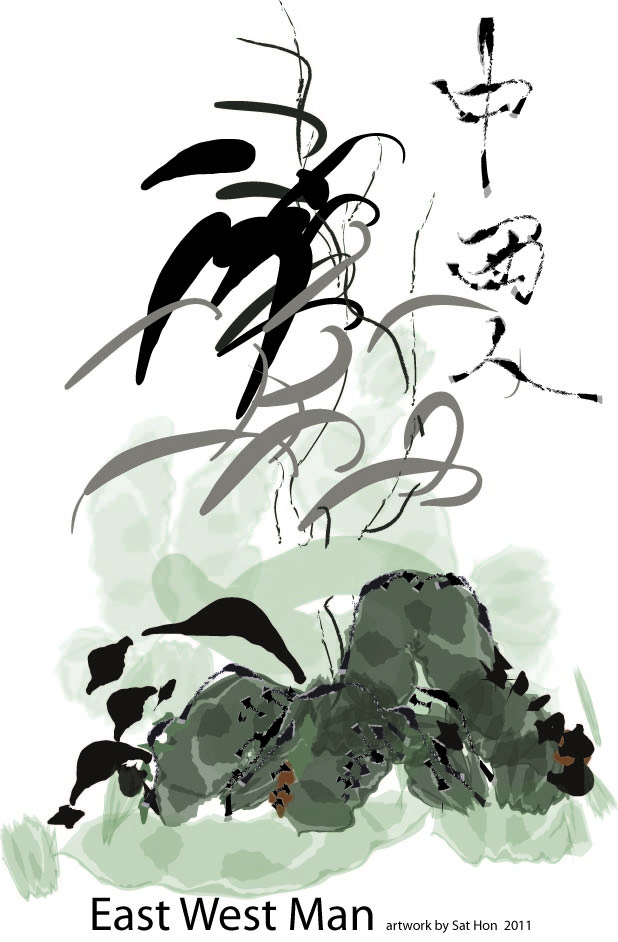 The Chinese Exclusion Act was a United States federal law signed by President Chester A. Arthur on May 8, 1882. This law came into existence following revisions to the Burlingame Treaty of 1868, an agreement that fostered U.S.-China relations and which, more importantly, encouraged Chinese immigration. With these revisions in 1880, Congress subsequently acted to implement a 10-year ban suspending Chinese immigration.

On December 17, 1943, the Magnuson Act repealed this law, allowing Chinese immigration and naturalization, however it still continued the ban against ownership of property and businesses. This aspect of the law was not revised until the Magnuson Act was fully repealed in 1965. The Chinese Exclusion Act is unique historically in that it was directed at no other race other than Chinese. This bias, derived from fear and bigotry, behaves like a virus that remains hidden, but almost impossible to eradicate.

In the article, "Paper Tigers, What happens to all the Asian-American overachievers when the test-taking ends?" Wesley Yang bemoans the fact that Asian-Americans remain hidden. Quite simply, Chinese immigrants have been persecuted for their overachieving and hard work, thus disturbing the complacent American working middle-class. So, as immigrants, we avoid causing turmoil or attracting too much attention, having learned our lesson.

An example of this kind of behavior was enacted on a global scale after World War II when China, as part of the winning side, actually lost territories. The head of the Chinese government was not invited to the Yalta Conference where the European and Russian allies carved up the territories between them. Furthermore, China did not receive any compensation for fighting against the Japanese, which weakened its national economy. The extreme poverty due to World War II became a major factor in the fall of the Republic of China resulting in the resurgence of the Chinese Civil War.

Amidst the older generation of Chinese, there is concern that this hidden fear of the 'Yellow Peril' will re-emerge as Asian-American overachievers start to assert themselves in the work force. Will the Asian-American super-achievers have the freedom to develop their individuality, not only as their cultural coloring would dictate, but as unique spiritual beings allowing them to transcend imposed limitation? I feel that in pursuing the American dream, the children of Asian immigrants have taken their aspirations to the next level. It is not enough just to attain financial success and have your children go to the Ivy League.

Now, the next generation of Asian-Americans dream of being elected to the board of directors of major companies, and joining the aristocracy of leaders and rulers. The question is: Should they acquire the prevailing habits and behaviors that accompany this culture of the elite with its high-octane aggressiveness and sport-centric antics to get ahead? Due to the unspoken fear of being overtaken by the Asian-Americans as foreigners, I personally doubt it would be of any use. The Jewish people faced a similar fate in Europe; for a thousand years they attempted to assimilate into the culture, but when a madman like Hitler comes along churning up racial hatred, vile bigotry, and resentment of Jewish success, a massive movement is created -- a genocide based solely on cultural and physical differences.

How much more will the threat be felt amongst the ruling class when confronted by a group of people who possess such unmistakably foreign features and culture?

Straddling these two cultures of East and West, and having been educated in an elite Western university while at the same time disciplined in the ancient Taoist healing arts of qigong and alchemy, I have become a pluralistic individual with each of these sides remaining distinctly unique. Keeping these two cultural dimensions wholly intact yet separate allows me a glimpse into the hidden dimensions of each side -- the good, bad and the ugly. The ancient Taoist spiritual cultivation transcends the pitfalls of materialism by focusing on self-realization and discovery while opening one to a profound sense of nature, stillness and silence. The Western side emphasizes individual expression, creativity and freedom and propels me to explore beyond the boundaries of tradition and form.

During a talk at Lincoln Center, the Dali Lama illustrated the complementary aspects of East and West by tracing his fingers to inscribe a cycle. On the one side, his finger traced a curve to symbolize Western scientific exploration into the reality of nature, and then he completed the circle with his other finger representing the Eastern exploration of consciousness and wisdom. Then he excused himself to retire for early bedtime at 7:30 PM and we, the audience, were left to enjoy an evening of exquisite music.

The essay by Wesley Yang describes a moving portrait of Asian-Americans who swim with the sharks and are thus bitten by bigotry, discrimination and stereotyping. Some have learned to morph themselves into a chimera of half-shark/half-dragon. Others have rejected such chameleon-like adaptations by trying to discover their own cultural roots, which sadly have been decimated by global materialism. In other words, China is engaged in a high-octane, full throttle competition of commerce and materialism. The old world culture has been almost totally eradicated by 20 years of Cultural Revolution.

Asian-Americans, as a group, are transplants: trunks from one culture grafted onto roots belonging to another. Their immigrant parents tried to retain and transmit a memory of Asian heritage and culture, but actually those values and practices are long gone; their contemporary peers from Asia are much more Western. This is an interesting phenomenon replicated all over the West where pockets of Asian immigrant communities are held in a time capsule-like, old world culture. Meanwhile, their own native countries have undergone a sea change in every aspect of life and are no longer as they had once known it. Here lies the rub: children of Asian-Americans grow up following their parent's nostalgic remembrance of old values even when such customs and behaviors have long vanished within their ancestral homeland.

During my stay in China for a residency at a Chinese hospital, the director told me that their Qigong master had immigrated to the United States to train Medical Qigong therapists. This became a telling metaphor for China's current circumstance as you have a better chance of finding a great Qigong or Taiji master in the West due to twin factors: a higher material reward offered by the affluence in countries like the United States and Europe; the continued cultural upheaval and persecution of Qigong masters in China.

As individuals struggling to attain full self-expression, there is a tendency to imitate and adapt to the socially accepted values of success, fame and sexual fulfillment. Western education and the film/media business condition us to believe in an illusory mirage of success based on desire and achievement. Does one have to sacrifice self-expression and individuality in order to pursue happiness? More to the heart of the matter, is it the age-old question of "Who am I?" that we are facing? It seems that for some Asian-Americans, self-identity is defined as acceptance into the elite social circle or entrance to the business country club. More poignantly, Asian-Americans are asking to have the freedom of choice and the right to become a member of this elite club of overachievers. Will they feel a similar sense of hollowness as their white brethren once they are accepted? Asian-Americans should at least have the liberty to find out.