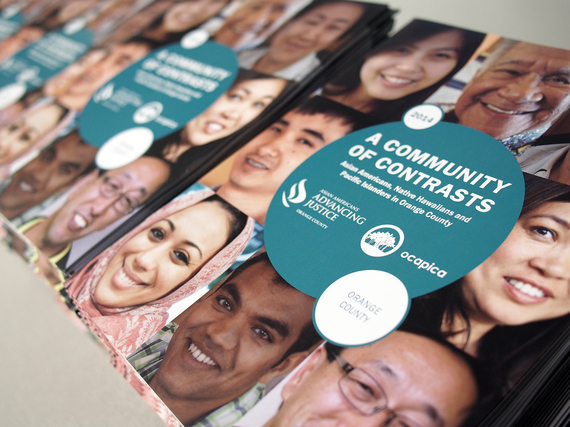 The statistics are undeniable.

What was once a sprawling area of strawberry fields and orange groves, with a relatively homogeneous demographic, has become a county with dynamic economic growth and significant shifts in its ethnic makeup. One example is the Asian American population which grew by 41% from 2000-2010; In contrast, the county population as a whole only grew by 6% in the same time frame.

Orange County is also home to one of the nation's largest concentrations of Asian American-owned businesses contributing over $20 billion in revenue. Add to that its reputable school districts and safe neighborhoods, it is no wonder that Orange County has become an Asian American hub with some of the largest Asian ethnic enclaves in the country.

Orange County has also seen unusual political success for Asian Americans; Orange County currently has its first Asian-majority Board of Supervisors with an Asian American woman leading the Board as Chairwoman. Orange County is also home to the highest ranking Vietnamese American: State Senator Janet Nguyen, in addition to two state assembly members: Young Kim and Ling Ling Chang. In fact, Orange County has been recognized as a key electorate to Republican success nation-wide. Although more recently, Asian Americans, particularly younger generations, are becoming more diverse in their political stances - as can be seen with the the current Democratic Mayor of Garden Grove, Bao Nguyen.

There is no doubt that Asian Americans in Orange County are demographically, economically and politically a force to be reckoned with. So why isn't there the same kind of force behind the Asian American vote? Why is there an absence of the 'Asian American voice' in both the local and national discourse regarding politics, policies and current affairs? Why does it take an offensive joke at the Oscars in order for Asian Americans to collectively raise our voice?

Perhaps this is because the county has long been seen as one of the most conservative, 'white' counties in the country with strong ties to the Ku Klux Klan and white supremacist hate groups. There is no doubt that this controversial history has left behind pervasive patterns of systemic racism within many of the systems and institutions within the county. The "bamboo ceiling" appears to be an accurate phenomenon both locally and nation-wide.

Or perhaps this is because of the misconceptions of the "model minority" myth which generalize all Asian Americans as not only one of the most successful minority groups but as a group seen to be submissive, passive and often unwilling to take controversial stances in order to appease the collective. In fact, Asian Americans only make up 14% of Orange County's electorate and are not exactly known for political and civic engagement.

Regardless of the reasons, I say Asian Americans in Orange County are just coming of age. Orange County is on the cusp of change and Asian Americans are faced with the unique opportunity to shape the political landscape of Orange County and to have a seat at the table where we can ensure that the needs of our diverse communities are met. Not just for us, but for our children.

We are the ones who need to speak out, to raise our voices, to play an active engaged role in both local and national politics. We are the ones who need to continue to advocate for the disaggregation of data, to counter the 'model minority' myth and to show that the AANHPI is one of the most culturally and economically diverse ethnic groups. The responsibility falls on us, individuals of AANHPI descent, currently living in places like Orange County, where Asian Americans are no longer a minority but a visible demographic, economic and political presence.

It is time for us to embrace our growing political power, to make a serious commitment to civic engagement and to ensure that we become a true force to be reckoned with.