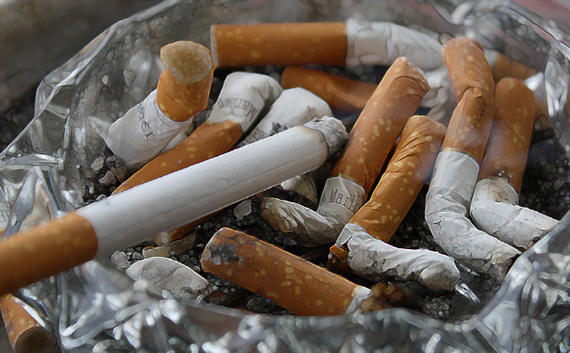 Japan's health minister Yasuhisa Shiozaki said that the government will step up measures against passive smoking while seeking public understanding ahead of the 2020 Tokyo Olympics and Paralympics, reported NHK on Friday.

During the press conference, the health minister said, "A World Health Organization report says Japan's measures to prevent passive smoking are the weakest compared to other nations. Japan should take a historic step."

The upcoming law is in addition to legislation banning tobacco advertising and regulating smoking in indoor public places, as well as statute that requires graphic images of smoking health hazards to be printed on cigarette packaging.

Indonesia, which remains as a "smoker's paradise" for not ratifying the World Health Organization's Framework Convention on Tobacco Control (FCTC), revealed its plan last month to increase excise on cigarettes sold in Indonesian by an average of 10.5 percent next year, as part of efforts to reduce smoking in the archipelago. Indonesian Finance Minister Sri Mulyani said, "The government has raised tax on cigarette to control cigarette consumption and production and to prevent the production of illegal cigarettes." However, some point out that this condition is rather more favorable to leading Indonesia's tobacco companies Philip Morris and British American Tobacco (BAT), which account for 65% of tobacco market in Indonesia.

China has already obtained good results after carrying out a massive anti-smoking campaign. The amount of tobacco sold in China fell last year for the first time in more than 20 years, reported Financial Times recently. According to data from Euromonitor, Chinese tobacco consumption dropped 2.4 per cent last year.

China strengthened tobacco regulation by raising excise on tobacco and introducing a ban on smoking in all indoor and some outdoor public places last year.