Lillian, a 20-something who lives in New York and Boston, is a single Asian American woman who actively dates. Needless to say, her Tinder inbox is a hot mess.

There are the inevitable “What is your nationality? and “What are you?” messages. And there are a ton of racially charged thirsty DMs: “I’ll eat your pussy like shrimp fried rice,” one says. “I want to try my first Asian woman.”

Sure, sexually explicit messages and unsolicited dick pics are par for the course for women on dating apps, but for women of color, including Asian women, it’s almost always significantly worse.

“Most of my single white friends receive only a taste of what I get on Tinder,” said Lillian, who asked that her last name be withheld for privacy reasons.

“No man has ever opened with how white women are so ‘exotic’ or opened with an assumption about how white vaginas are different from other vaginas,” she told HuffPost. “None of these messages have the same intense preoccupation with race.”

Those creepy-crawly experiences on dating apps led Lillian to create The Fleshlight Chronicles, an Instagram account where she showcases the worst offenders on Tinder and other apps. She posts screenshots of their messages alongside photos of herself looking stoic, fierce and totally over it.

Lillian also invites her 21,000 followers to share the racist DMs they’ve received. She posts those, too.

The point of the project is clear: If you’re going to lazily fetishize Asian women, they’re not going to sit back and take it. They’re going to reclaim the experience and laugh at you, very publicly.

“We are not here to satiate your sexual curiosity,” Lillian said. “We are not passive objects. We have our own inner lives. We marvel and we create. We work through shit with our families. Asian Americans are filled with small idiosyncrasies, just like any other human ― though we shouldn’t have to convince anyone of that.”

Lillian’s story in many ways captures the dating landscape for Asian American women today. While Asian men are at a disadvantage dating ― one OkCupid study from 2014 found that Asian men have a harder time with online dating than people of any other race, and it’s not uncommon for Asian men to see the words “no Asians” on peoples’ profiles ― Asian women deal with the reverse problem: rampant fetishization and objectification, on- and offline.

It’s become even more problematic lately, given the fixation on Asian women among members of the American far right. As writer Audrea Lim pointed out in a recent New York Times opinion piece, figures from Richard Spencer to Andrew Anglin, the founder of the neo-Nazi website The Daily Stormer, have touted their Asian girlfriends or partners at one point or another.

If that seems like a case of literal strange bedfellows for a white nationalist, consider the supposed twin appeal of Asian women: They’ve got the subservient, hyper-sexual “love you long time” stereotype going for them, and they’re part of the quiet, hardworking “model minority.” For white supremacists, that’s a dream woman incarnate.

Asians are not a monolith, but a lot of men will claim to be into Asian women when really they only mean light-skinned East Asian women. Christine Liwag Dixon, Filipino American writer

“The main problem with white women is they’ve become too feminist” for the far right, Lim writes. “By contrast, Asian women are seen as naturally inclined to serve men sexually and are also thought of as slim, light-skinned and small, in adherence to Western norms of femininity.”

Indeed, not all Asian women are equal in the eyes of the fetishizer.

“Asians are not a monolith, but a lot of men will claim to be into Asian women when really they only mean light-skinned East Asian women,” Christine Liwag Dixon, a Filipino American writer in New York, told HuffPost.

“It’s like they completely forget that other Asians exist. I’ve even heard men say that Asian women are the most attractive in the world, while also saying that they aren’t attracted to Indian or Thai women,” she said. “There are Asians with curly hair. Many Asians have dark skin.”

The history of fetishizing Asian women

“Yellow fever” is, of course, nothing new.

In the U.S., an interesting trend in immigration led to more prurient ideas about Asian femininity. While Chinese immigrant laborers began arriving in droves in the second half of the 19th century ― especially on the West Coast ― Chinese women stayed in Asia.

Traditional Chinese cultural and filial values played a part in this, but so did fear of racism. As xenophobic immigration laws like the Chinese Exclusion Act of 1882 were being passed, many Chinese men feared bringing their wives abroad given the racial violence they were subjected to.

The only women who did make it across? Young women from poor families who left their homes and took the only work they could as prostitutes, said Robin Zheng, an assistant professor of philosophy at Yale-NUS College in Singapore and the author of the paper “Why Yellow Fever Isn’t Flattering: A Case Against Racial Fetishes.”

“This in turn generated the perception of Asian women as morally degenerate but also sexually alluring, which was used to justify the passing of legislative barriers that made the immigration of Asian women nearly impossible and only served to further exacerbate the low numbers of Asian women,” Zheng told HuffPost.

Even as Asian women were seen as sexually wanton, Asian men came to be thought of as desexualized or feminized ― “human oddities in the minds of whites,” as cultural studies professor Chiung Hwang Chen wrote in a 1996 academic paper.

Early Hollywood movies did the rest of the work. Asian women in 1930s films (most notably the American-born Anna May Wong) were depicted as exotic femme fatales, weaponizing their sexuality to the detriment of the men around them. Asian men, meanwhile, were cast as scheming, effete villains in silk tunics, intent on bringing down the strong, capable white protagonists.

There’s a difference between having a type and having a fetish. Here’s how to look for red flags.

Obviously, genuine love matches do happen between Asian women and non-Asian men, from the GIs who brought home Korean war brides in the 1950s to couples meeting on Hinge and other dating apps today.

But one would hope that any interracial match is built less on a fetish and having a rigid physical “type,” and more on loving the individual person.

“It’s totally OK to have a ‘type’ when it comes to dating or sex, but I think you need to be wary of when that type veers off into exclusively entering relationships with people of a certain race,” said Katerina Jeng, co-founder of the Asian American magazine Slantd.

“When you project the same kind of personality, behavior, and values across an entire ethnic group and don’t see nuanced human [beings], that’s a racial fetish,” she said.

Jeng is happily partnered now, but in her single days, she and her friends developed a funny, fast-and-loose litmus test for Asian fetishes.

“Scroll through his Instagram. If he’s following and liking photos of hordes of Asian women, it’s a yellow-fever red flag for sure,” she said, only half joking.

“Besides that, I would straight-up just ask him about his past dating history to see if he has a fetish for Asian women, and ask for his rationale behind his choices,” she said. “If you feel he was genuinely interested in these women for who they are as humans and not for their race, he’s probably good to go.”

And if an Asian woman does decide to date a white dude, you shouldn’t assume she had no agency in the matter ― or that she’s a race traitor.

One of the more unfortunate side effects of Asian American men’s legitimate frustration with racist dating experiences is an Asian American men’s rights activist movement intent on harassing Asian women who date or marry non-Asian men. Operating from a scarcity mindset, the harassers expect women of Asian descent to date exclusively within their race, and they attack those who marry outside and raise multiracial families. As a piece on The Cut recently highlighted, in the minds of so-called “MRAsians,” there are far too many “white-worshipping” “self-hating Asian females” who date with a “colonial mentality.”

Their concern is that Asian women are dismissive of the stereotypes Asian men face while dating ― that they’re unsexy, too nerdy or not masculine enough ― but the women we spoke to all saw the fetishizing of Asian women and the emasculation of Asian men as twin problems endemic to living in a predominantly white society.

“Sometimes we have friends and partners who love, respect, and honor us. People who just happen to be white,” she said. “We are not all desperate for whiteness ― to be loved by it, to be used by it, to become it. Don’t assume an Asian woman is dying to date a white man.”

Dear White Guys: Your Asian Fetish Is Showing
Old-School Asian American Actors You Should Know About 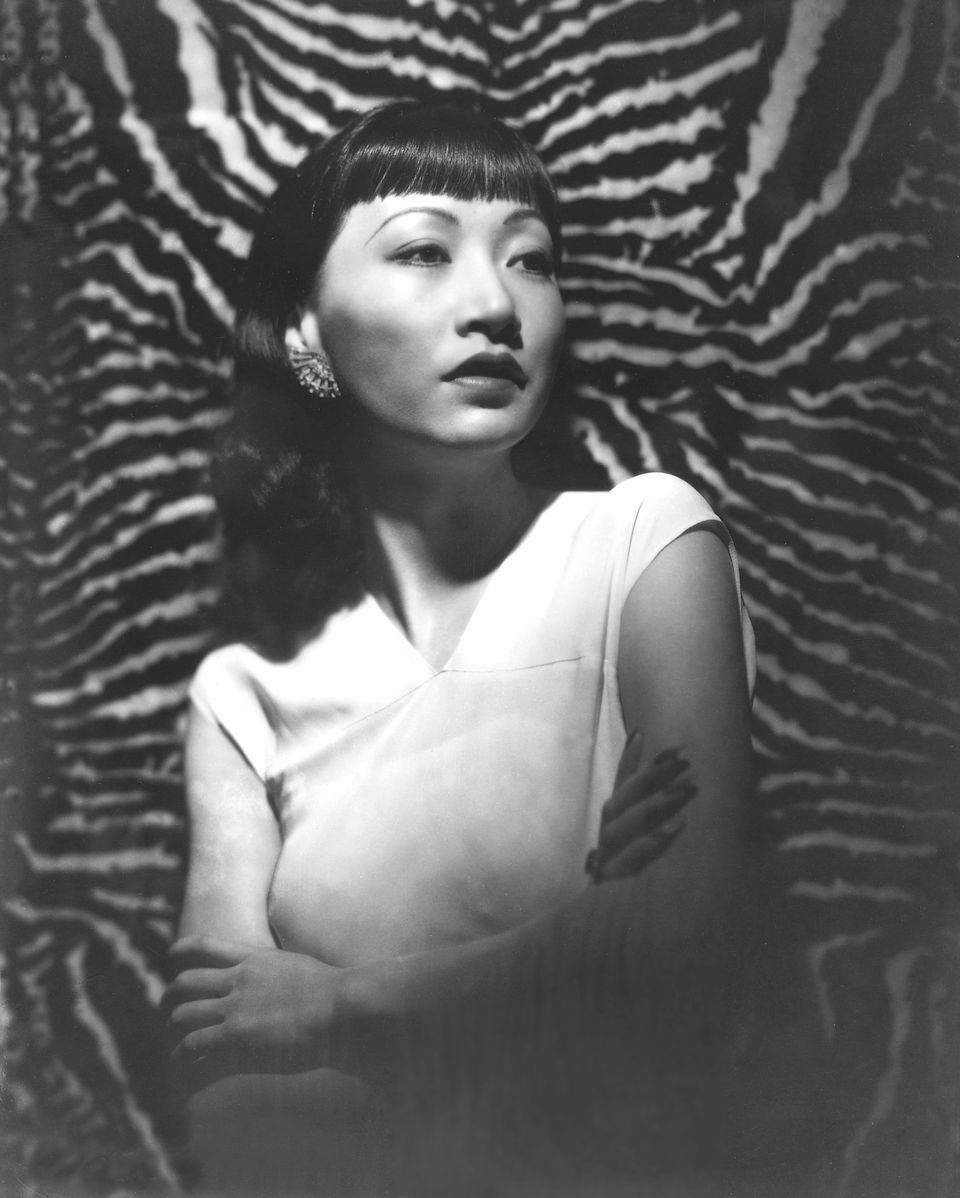