A new study has found that the U.S. has seen a higher level of Asian immigration to the country than immigration of Hispanics; perhaps revealing a future decrease in undocumented immigration and increase in demand for highly-skilled workers.

“Too often the policy debates on immigration fixate on just one part – illegal immigration,’’ said to the Associated Press, Karthick Ramakrishnan, a political science professor at the University of California-Riverside and a fellow at the Woodrow Wilson International Center for Scholars. “US immigration is more diverse and broader than that, with policy that needs to focus also on high-skilled workers.’’

Asian immigrants and other international students in the U.S.

International students studying at U.S. colleges and universities also are now most likely to come from Asian countries, roughly 6 in 10, and some of them are able to live and work in the U.S. after graduation. Asian students, both foreign born and U.S. born, earned 45 percent of all engineering Ph.D.s in 2010, as well as 38 percent of doctorates in math and computer sciences and 33 percent of doctorates in the physical sciences, according to the Associated Press.

The next big legislative item for both Congress and the White House is immigration reform. A new bill is on the table that would significantly overhaul the current system, legalizing many currently unregistered US residents and potentially allowing the return of some deportees. The big thing that might hold the bill up: the security of the border with Mexico, which conservative legislators see as a key issue. But despite the focus on the southern border, most immigrants to the U.S. never have to pass through it, because they’re coming from somewhere else entirely.

The influx of educated Asians is filling the demand for science and engineering talent: Asian students earn 45 percent of engineering PhDs awarded in the US despite comprising only 5.6 percent of the population. 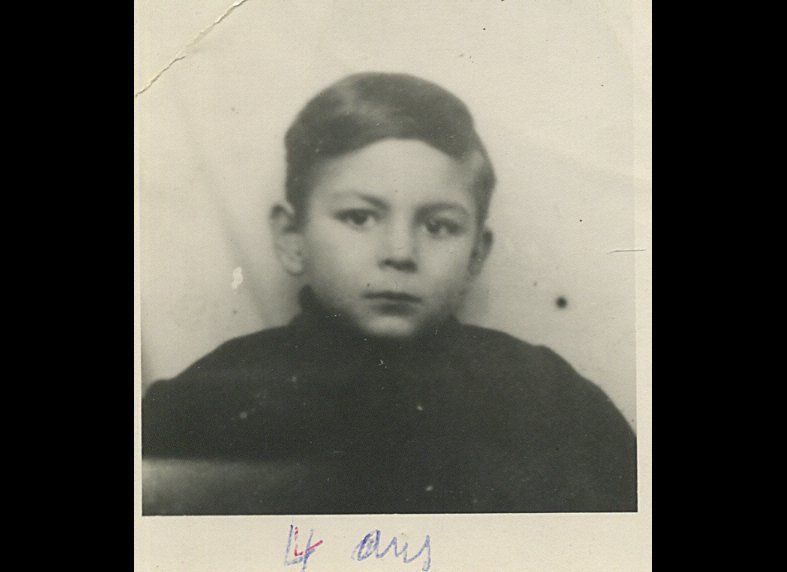 1 / 25
Roland Thau
My father Roland Thau, a French Jew who escaped the Holocaust, immigrated to the U.S. after the war at the age of 14. In 1943 at age 9, he fled Nazi-occupied France for neutral Switzerland, where he spent over two years in hospitals being treated for tuberculosis of the bones, separated from his mother, my grandmother Renee Tytleman, who was hiding from the Nazi's in France. During those war years, my father, mostly bedridden and unable to walk, was schooled by a patchwork of nurses, volunteers and nuns. It was at this time that he remembers falling in love with The Three Musketeers. "I did more reading then than I ever did," he says. "That's all I could do." When the war ended, and my grandmother was reunited with her son, she, my father and my grandmother's new husband, Lucien, decided to start a new life in America. As an adolescent - an age fraught with insecurity and bewilderment for many kids -- my father was thrust into a totally different world: post-war America, Brooklyn, New York. He knew neither the language nor the culture. But he adjusted. He also walked again, and then some: He played goalie on the soccer teams of Erasmus Hall High School and Brooklyn College. My father, now 78, has spent his working life serving as an advocate for people who often don't have a voice. Since 1968, he's been an attorney with the Federal Defender of New York, an organization that represents people accused of federal crimes but can't afford to retain counsel on their own. He's received a number of honors for his work, most recently the Norman Ostrow Award from the New York Council of Defense Lawyers. Here's some of what was said about my father at that awards ceremony in 2010: "Roland Thau is an honored beacon" of the courtroom, who goes at his craft with a "verve" and "creativity" that is unrivaled. He is a "man of principle" who is a "fighter," and to watch Thau in action somehow "transforms the courtroom." "He's never been intimidated by a judge," said one. "Indeed, he's known to put them beneath a pedestal." In his personal life, in word and deed but without a lot of grandstanding, my father has stood for the dignity of all people and the rejection of classism - a mindset he's passed down to me. <em> - Barbara Thau, DailyFinance</em>
Barbara Thau