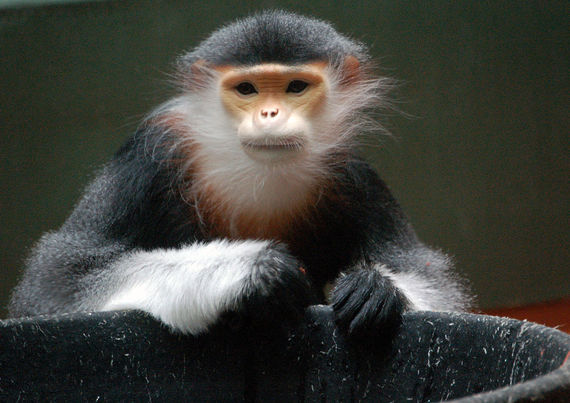 Often called the most beautiful of the monkeys, the Red-shanked Douc langur of Southeast Asia hasn't benefited much from its good looks. It is barely known to the public or most conservationists and is Endangered. Photo by Art G. on flickr CC BY 2.0

Try to name Asia's most endangered animals, and iconic species such as tigers, orangutans and rhinos likely leap to mind. But pangolins, langurs or saola? Not so much. Most of us haven't heard of these "other" species, and can't even picture them.

Yet these little-known primates and other mammals, amphibians, reptiles, birds and fish are no less valuable to their habitats, and to earth's overall biodiversity, than their more famous, more charismatic Asian animal compatriots.

But unfortunately for these lesser-known creatures, they face the same deadly threats as the "top" tier endangered species. They walk the same paths, use the same rainforest trees and mangrove swamps, and drink from the same rivers. They depend on the same ecosystems, and those ecosystems depend on them.

So when habitats are logged, fragmented by roads, polluted, or taken over by oil palm plantations, their survival is just as perilous as for the "big name" species.

Each species' loss slashes yet another thread from the web of life, and threatens to leave that rich weave hanging in tatters. Despite the urgent need, Asia's Almost Famous receive little attention, and even less money for research and conservation.

A popular conservation argument runs this way: programs aimed at saving "celebrity" species such as orangutans in the wild also must protect their habitat. This preserved habitat then acts like a giant umbrella, which, in turn, hopefully helps shield all the other minor celebrities and total unknowns who share the same forests, swamps and estuaries over which the big name species roam. 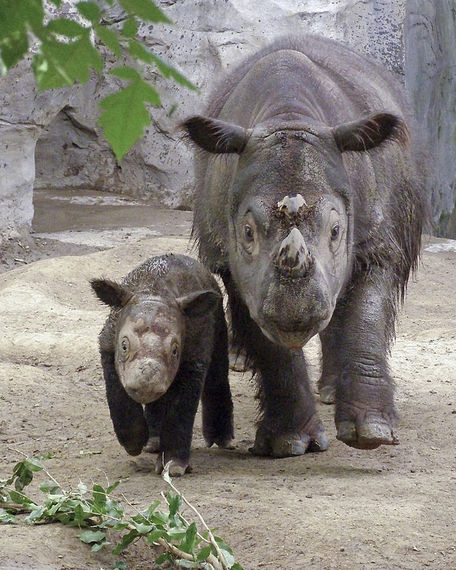 The Sumatran rhino, like the orangutan and tiger, is an example of charismatic megafauna -- a species that gets tremendous media exposure and conservation attention, while many other equally threatened species receive little notice. Photo by wAlanb on Flickr CC BY 2.0

Unfortunately, that "one size fits all" approach presumes a lot. All too often these habitat umbrellas leave many species out in the rain -- living in biodiverse habitats that lack charismatic megafauna. Or the habitat umbrella leaks like a sieve -- with tigers protected, but gibbons still at the top of the bushmeat menu.

The problems for Asia's Almost Famous Animals are many. Often, scientists don't even know how many of a particular species are left in the wild, let alone where and how they live, what they eat and when they breed -- there just isn't enough money to do the needed research.

Because we don't know much about these creatures, conservationists don't know if some critical lifestyle detail is being overlooked -- a detail that may be crucial to long term survival, and whose absence will drop them into the abyss of extinction.

Such gaps in our collective knowledge may present themselves in the same moment a new species is discovered. Often, by the time scientists find a new animal, the species is already gravely threatened and its rescue becomes a race against time, lack of data and lack of funds.

One needn't look far for examples of such dire conservation conundrums: scientists found an astounding trove of new species unknown to science less than four years ago in Southeast Asia's Greater Mekong region -- a discovery that included 28 reptiles, 24 fish, 21 amphibians, three mammals and a bird, 367 new species in all, each with fascinating traits and life histories. 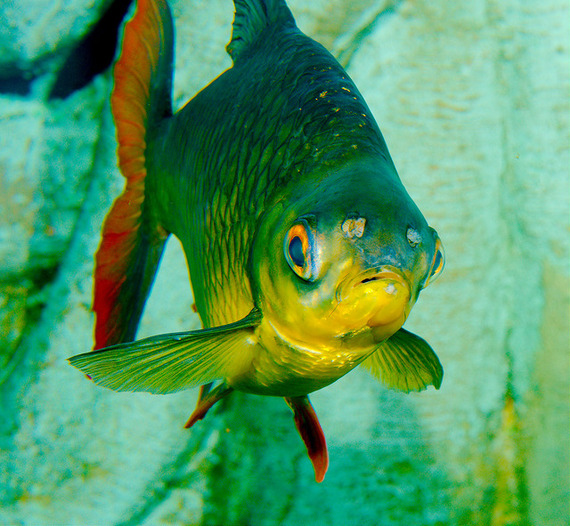 The world's most coveted fish: the Asian Arowana fish (Scleropages formosus). A single adult can sell on the black market for $150,000. Photo by Josh More on flickr.

The list included the "scribbled arowana" (Scleropages inscriptus), a dragon fish from Myanmar with intricate, maze-like markings on every scale; and the Sweet Singing Frog (Gracixalus quangi) from the high-altitude forests of northern Vietnam, whose every song to attract females appears to be a new composition, with improvisational clicks, whistles and chirps instead of repetitive croaks.

Also numbered among the newly discovered was the red-and-white furred Laotian giant flying squirrel (Biswamoyopterus laoensis), about which we know little today, except that it was first documented by researchers in a bushmeat market. B. laoensis had barely stepped out onto the global biodiversity stage, when scientists realized that it was under threat from overexploitation and a fast shrinking habitat.

All too often, Almost Famous endangered species share certain fatal characteristics in common: they may taste delicious, make cuddly pets, and/or live in areas coveted by loggers and agribusiness, or by the rapidly growing human population of Asia.

The frightening reality is that many Almost Famous species could disappear before we get to know anything about them -- including that they exist.

The full article includes a brief survey of some of Asia's Almost Famous -- a list of species that runs into the thousands of primates and other mammals, amphibians, reptiles, birds and fish -- Asian animals on the brink.

It is the first of 20 Mongabay stories highlighting Almost Famous Asian Animals -- all to be published by the end of 2016. You can find the complete Almost Famous series here.

Note: This is an excerpt of an article published on Mongabay.com and was reposted with permission.