A common theme in my life right now are strong, powerful, over competent people admitting how difficult it is for them to ask for help. Recently, one of my strongest friends, Sean Stephenson fell out of his wheel chair, breaking numerous bones and finding himself with blood in his brain terrified for his life and he asked all of the people in his life to pray for him. His poignant videos received hundreds of beautiful comments and video messages praying for his strength to return. Days later, he posted a video graciously showing he was much better with the help of his many, many friends and supporters.

I found this happening again during Creativ Week last month. Creativ week is an event my company produces, curates, and hosts in partnership with the Downtown Project, (the 350 million project to revitalize downtown Vegas started by Tony Hsieh). The point of the week is to bring a group of change makers in the world together in Downtown Vegas, and have them "collide" with each other and locals to create more serendipitous encounters that lead to opportunities for collaboration, engagement and learning. We teamed up with my friend Ethan Lipsitz's company, Apliiq, to co curate the week and he was one of the 8 performances during the week, (the point is to have accessible, free entertainment and education to anyone who happens to be in Vegas).

Ethan's talk was great, but what was more surprising to me was his performance, post his talk. He became fully alive as he performed, playing the guitar, galvanizing the crowd to sing, and just simply enjoying himself. I had always seen him in one light and this allowed for me to see him in a completely different way. The next day, we had an activity during the week called a reciprocity circled introduced by another co curator, Adam Neuhaus, which allows for individuals in a circle to share what they are needing currently in their lives and others in the circle to provide knowledge, insight and relationships to support. It was so interesting to see people who share "their stories" so regularly struggling with these asks.

Ethan's ask was to have more exposure for the company he has worked so hard on, and one of the other attendees who performed, Julie Piatt, (Srimati) beautifully brought up how amazing he is as an individual and how he should be a massive part of the marketing of the brand. He admitted that he hadn't thought of that initially, and I could see a change in him immediately as he felt the praise from the entire group. As I am very candid in my writing, I told him while I feel very uncomfortable being pitched products to write about, the nature of this conversation was so authentic, I was inspired to write about him and what he is building with Apliiq, and Ethan as a person.

I get that it's hard to ask for help. I've been in situations that I had no other choice to ask for help. As a first time business owner, you get confronted with things you never thought were possible, and the only thing to do besides try to figure it out and fail, is to ask for guidance. The more you can be vulnerable about what you need, the more the world around you can provide for you. It's as simple as sharing yourself fully, putting your cards on the table and realizing that most of the time the answer on the other side of the question is most likely "sure how can I help?" 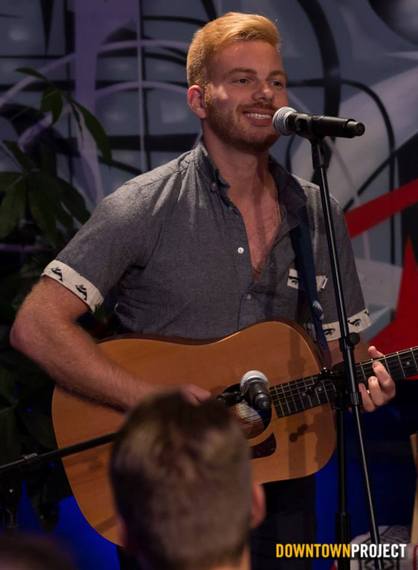