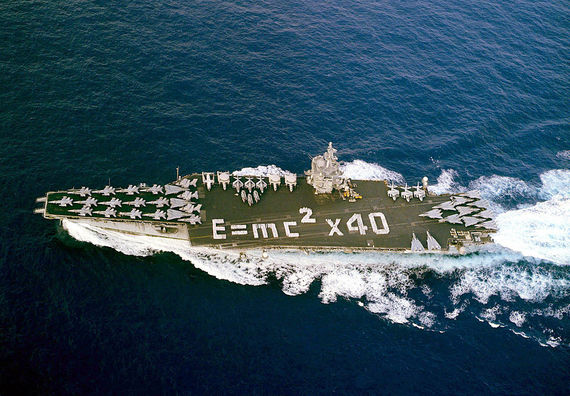 When you boldly go where no one has gone before, there are a few things you can count on. Number one: you forgot something. Perhaps it was your toothbrush, your fuzzy socks, or your bath towel. Now, you're going to have live without it for the duration. As long as the thing you failed to acquire before leaving the planet wasn't your life-saving medication, any and all forms of deodorant, or your spouse's permission, you'll find a way to survive it. Two: no matter where in the known Universe you wander, as long as you are still in contact with Earth, the media will find you. Don't be fooled into thinking that high-speed interstellar travel exempts you from this effect. Planetary gravitational fields can be escaped. Newtonian mechanics, bypassed. Fold up spacetime like a pocketbook and slip through the galvanized grip of matter and energy; the instant you emerge the media will be there waiting for you, lurking casually in your email/twitter feed/blog space or streaming in via the Public Affairs Office. I say this AS a trained, card-carrying, and intermittently proud a member of the media. It's our job to be there anytime news breaks. Broken laws (civic or physical), broken hearts, and broken records are our specialty. If there's an interesting story in the offing, expect us there. Please and thank you.

Lastly, since the internet exists, if you do something figuratively or literally outlandish there's one more thing you can expect: the palpable, if incorporeal, presence of the public. From a space-exploration standpoint, that's good! We're up here for the the betterment of the species, after all. We'd bring you all with us, but there's not that much room in the dome. Plus, someone needs to keep the trains running on time back on Earth, etc. The best we can do to bring you with us without bending the laws of physics to the breaking point is to speak to you from afar. To that end, when the 8-month HI-SEAS crew "returned to Earth" last year, they opened up a Reddit "Ask Me Anything" chat. That produced a lively discussion. If we were back on the blue planet, we would probably be doing the same right about now.

Suffice it to say, we're still Mars-bound. We overtook the last crew's record weeks ago and are coasting onwards toward the finish line, some 95 days from now. Irrespective of our Red-Planet status, the "Ask Me Anything" light is green. A Reddit user submitted a request addressed to "someone on the HI-SEAS IV crew", which our Earthside mission control passed onto us. We'll be doing our best to answer the post questions in a timely fashion. If we really were on Mars right now, timely would be a 9-minute minimum. Mars is nearly in conjunction - lined up from the perspective of the Sun - with the Earth. In about five days, your planet and ours will be the closest we've been in a decade. That will bring communication time down to just over 4 minutes each way. So walk outside sometime this week and wave. Or, leave us a question on AMA. Or write to us on our blogs (write here, for example). Any way you choose to ask a Martian your question, we'll be pleased to answer it. We like it when people say hi. It makes us feel human. 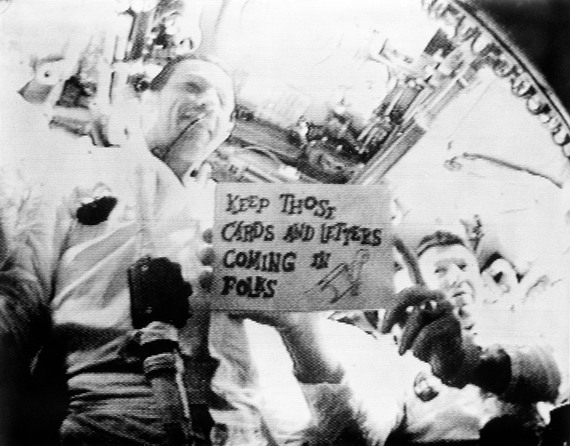 The Apollo 7 Crew liked letters, too. Photo By NASA. Transferred from en.wikipedia to Commons by Jatkins. Public Domain, Wikimedia Commons.