According to the United Nations, over 7,500 people have died in Syria since President Bashar Assad's government began cracking down on protesters a year ago.

At the same time, according to new emails obtained by the Guardian, President Bashar Assad's wife, Asma, spent thousands of dollars on luxury swag, including Christian Louboutins and diamonds.

The newly released cache of correspondence, obtained and published exclusively by the Guardian, includes thousands of messages sent by Asma and Bashar Assad, supposedly secured by members of the opposition Supreme Council of the Revolution.

The emails include several revelations, but one of the most shocking is Asma's major spending habit. The Guardian reports that among the purchases were Parisian jewelry -- " '1 turquoise with yellow gold diamonds and a small pave on side' as well as a cornaline, 'full black onyx' and 'amethyst with white gold diamonds' of similar design" -- and shoes:

On 3 February 2012, she was browsing the internet for luxury shoes, according to an email titled "Christian Louboutin shoes coming shortly".

She wrote to friends sharing details of new shoes on offer, including a pair of crystal-encrusted 16cm high heels costing £3,795. She asked: "Does anything catch your eye – these pieces are not made for general public." One friend replied dryly: "I don't think they're going 2 b useful any time soon unfortunately."

Extravagant spending sprees by politicians and rulers are rarely a wise idea -- recall Sarah Palin's controversial $150,000 clothing tab during the 2008 campaign or rumor of Michelle Obama's $50,000 lingerie haul from Agent Provocateur (a story which has since been retracted). Both incidents invited immediate backlash.

This time around, the contrast between the situation on the ground and the leaders' shopping habit is even starker. Citizens who are under attack by their own government, it stands to reason, may raise an eyebrow (or more) at their leaders' fondness for luxury goods while a civil war occupies the country for about a year.

It is also, coincidentally, the one year anniversary of another Assad-related controversy: Vogue's profile of Asma Assad, which billed the first lady as "A Rose In The Desert." Since removed from Vogue.com, the favorable article penned by Joan Juliet Buck praised Syria's first family for running their home on "democratic principles" and called Asma "glamorous, young, and very chic." (The only complete copy of the article online can be found here.)

Vogue defended the article, as the mag's senior editor Chris Knutsen told the Atlantic, "The piece was not meant in any way to be a referendum on the al-Assad regime. It was a profile of the first lady." But as details about the first lady's own questionable behavior emerge in the Guardian's treasure trove of emails, it seems Asma herself may now be the target of critique.

Click over to Guardian.co.uk to read more about the obtained emails, the Syrian president and first lady's correspondence and more details about what Asma bought. 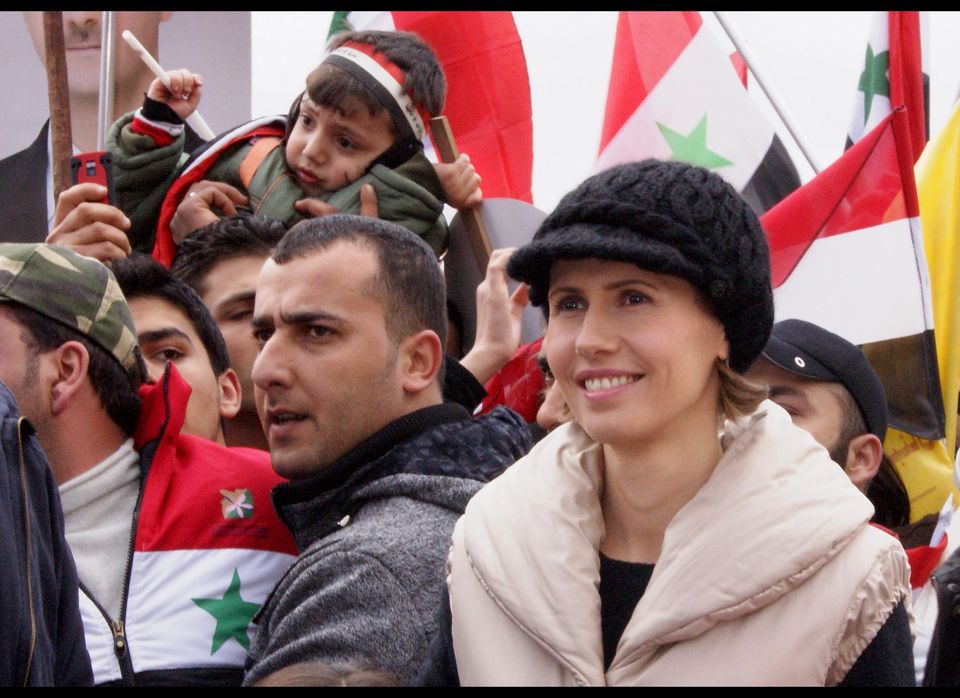