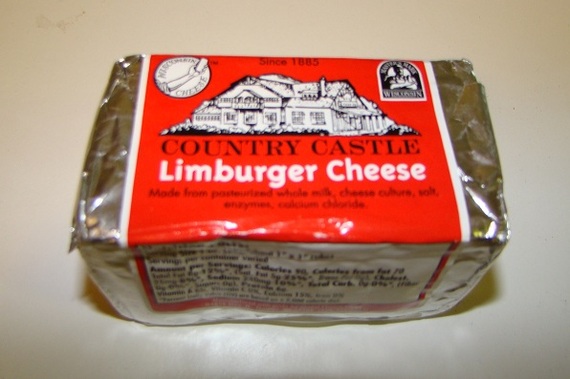 Having an older sibling with minimal brain dysfunction heightened my awareness of my son's early childhood development. During the toddler years, my "Spidey sense" kicked in when I saw Son walk with his head tilted right at a ninety-degree angle.

"What's up with Son's Leaning Tower of Pisa walk?" I asked my husband. "I'm surprised he doesn't fall over."

"Not to worry," Husband replied. "The Leaning Tower of Pisa has been stable for years. But Son does look like he's being hit by hurricane force winds. Why doesn't he fall over?"

We stopped speculating about Son's ability to defy gravity and dragged him to a pediatric neurologist. To our surprise, his brain scans were normal. As far as the head tilt, the doctor said, "He'll grow out of it. It's nothing to be concerned about."

Sure, he's not your kid.

Then, two or three weeks later the head tilt suddenly disappeared as mysteriously as it appeared and other concerning issues took its place.

During a checkup at the pediatrician's office, the doctor announced, "Son is more stubborn than the average bear."

But it wasn't Son's stubbornness that started my Rolaids popping habit. His impulsiveness did. Son didn't understand the meaning of "wait your turn."

A week earlier, he had pushed a boy off a slide at the playground, knocking out his front tooth. I looked for answers at the school he would be attending in the fall. After several appointments and lengthy conversations with guidance counselors, the school psychiatrist tested Son. But, the test results were "normal." Of course, I didn't know at the time that a child had to be specifically tested for ADHD or Asperger's. I discovered this from reading magazines and books.

One Friday morning, while waiting for a doctor to remove a calcified cyst from Son's neck, I read an article about ADHD. Ding! Ding! Ding! That was it!

I started reading everything I could on ADHD and spoke to special education teachers I knew. Time for another evaluation, or not, I thought. Maybe, he'll mature over the summer. Maybe, we should wait until the fall to have him tested. Things might be different in kindergarten.

After the third week of school, Son's teacher stopped me in the hall.

"I think Son should be tested for ADHD," Mr. K said. "My son has ADHD. We went through hell until he was diagnosed. And then we had to change schools because he was stigmatized."

Husband and I immediately sought help from a child psychologist who tested Son and diagnosed him with ADHD and OCD (Obsessive-Compulsive Disorder).

Son would often "get stuck" on an idea and talk incessantly about it until we screamed at him to stop. We thought he was being a pain in the ass, but he had OCD, a.k.a. "more stubborn than the average bear" syndrome -- a trait often associated with ADHD. That's when guilt smacked us upside the head.

The doctor prescribed 5 mgs of Ritalin, twice a day, once in the morning and then at lunch.

For several days, Husband and I agonized over giving Son medication.

We finally decided that not giving him the meds could ruin his life. The articles I read used eyeglasses as a metaphor. "If your child can't see, you get him glasses." Ritalin was like eyeglasses for the brain. It would help Son focus. The next morning he started taking the medication.

The effects were dramatic. Son's performance in kindergarten improved significantly. He no longer displayed impulsive behavior. He could sit still and focus.

Case closed, or so I had thought.

Something else lurked in Son's DNA that didn't appear until years later when we moved to another town in Westchester County, NY.

At age 10, Son suddenly developed an aversion to school. We consulted countless psychiatrists and alleged ADHD experts but received unsatisfactory answers, like "It's because of the full moon."

Meanwhile, dressing Son for school each day was like a WWF wrestling match -- Husband and I had to pin him down while kicking and screaming -- after which I carried Son to the car (still kicking and screaming), threw him inside and locked the door. When we finally arrived to school and I left him in the school psychiatrist's "care," the screaming and crying continued, and I'm not just talking about Son. I screamed and cried while driving to work two hours late.

Husband and I didn't know what else to do. We couldn't afford to send him to private school. We eventually had to hire an Insurance Company Appointed Psychiatrist (ICAP) -- shrink numero cinco. From there, the situation devolved.

In addition to siding with the school psychiatrist and principal at Special Ed meetings, ICAP once grabbed Son in a chest lock during a private session and prescribed psychotropic drugs. When Son was on the meds, he gained weight and insisted on bathing in his clothes.

We eventually threw the prescription in the trash, fired the doctor and had Son evaluated out-of-pocket by a prominent ADHD doctor in New York City. The doctor confirmed the ADHD diagnosis and determined that Son also suffered from social anxiety and prescribed Zoloft.

Son wasn't diagnosed with Asperger's until high school. Though before then I continued to look for answers why he looked at life in a black-and-white way --

If I told son at four o'clock, "In ten minutes, start your homework," and eight minutes later said, "Okay. It's time to start," Son would counter, "It's only 4:08! You said ten minutes."

I thought he was being belligerent but instinctively knew something else was amiss. That something was Asperger's Syndrome (AS), which manifested during puberty with increased anxiety and a sudden fear of school, though there were earlier indicators: delayed speech, socialization problems, etc. I also learned that someone could have ADHD, OCD and Asperger's, known as a comorbid condition, which is like hitting brain Lotto.

Fortunately, Son's resilience instilled him with the strength to overcome the obstacles that resulted from being "a square peg in a round hole." Last year at 25, he graduated college with a 3.2 GPA and will be starting an accelerated nursing program later this spring.

This is a chapter from my unpublished memoir. A different version of "Asperger's Is Not A Cheese" originally appeared on ThinkSpin.com.