When I started playing flute in the early '90s, I never anticipated that one day I'd be playing death metal on a plastic piccolo while climbing the walls of Lincoln Center wearing combat boots. But that's exactly what I found myself doing nearly 20 years later with the creation of the radical mobile band Asphalt Orchestra.

Formed as an ultra-populist street band by new music collective Bang on a Can, Asphalt Orchestra debuted in 2009 at Lincoln Center Out of Doors Festival featuring a canon of sweeping scope. We paired the music of progressive rocker Frank Zappa with pop wizard Björk; Balkan brass master Goran Bregovic with jazz legend Charles Minugs; indie-rocker Tyondai Braxton with Broadway luminaries Stew & Heidi Rodewald. Such chameleonic curating mirrors our own backgrounds: as twelve New York freelancers, no two of us had the same musical upbringing, and our tastes are just as diverse as the music we perform. 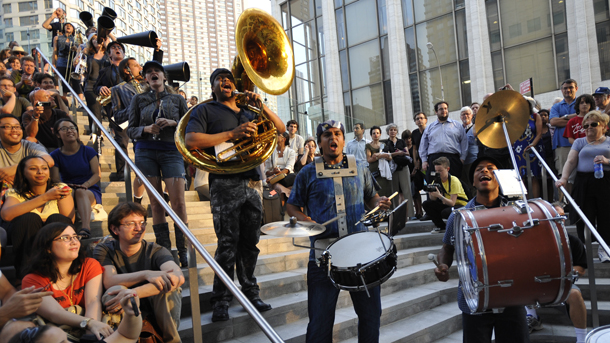 "I started classical piano when I was four or five, but hated practicing" says Yuri Yamashita, our toms percussionist who's a key player in new music, Latin, and Broadway circles. "Growing up I listened to The Beatles, classical music, and pop music in Japan (later dubbed J-pop), then went to high school as a percussionist -- I think I was a classical nerd."

In the '80s I was really into "college radio." My favorite bands were the first wave of post-punk: Husker Du, Mission of Burma, the earliest REM. I was learning to play the saxophone, and it wasn't till I went to college that I got a chance to re-inject woodwinds into that sort of music. At that time, saxophone in rock was like the punch line to a Duran Duran joke.

The first music I ever connected with on an emotional level was the Lester Young Trio featuring Nat King Cole. I also had a particularly complicated relationship to Divinyls's I Touch Myself.

It's this eclectic focus that inspired our newest project Asphalt Orchestra Plays the Pixies: Surfer Rosa premiering at Lincoln Center Out of Doors Kronos at 40 celebration on July 28. The Pixies first full-length record, Surfer Rosa quickly rose to the status of cult classic upon its release in 1988. It's a wildly schizophrenic album, mixing themes of mutilation and superheroes with peppy vocals and frenzied guitar distortion- something for the whole family.

Asphalt Orchestra and the Pixies formally met in a New England tour van in the fall of 2012. We wanted to cover a pop rock album and spent seemingly countless hours driving along I-95 listening to possible matches. But it wasn't until Surfer Rosa came on the iPhone playlist that we let out a collective shriek of enthusiasm. We had found our new best friend.

The timelessness of the Pixies sound calls to Yuri:

When I first heard the album just last year on the road with my Asphalt friends, my impression was 'Wow, it doesn't sound like music that's 20 some years old!

Ben is drawn to the divergent yet unified vibe of the alt. rockers:

The Pixies balance different personalities in a way that lets each member's voice come through clearly while creating a cohesive sound. Their blend is about making disparate elements work together -- it's the blend of contrasts, not the blend of homogenization. The Pixies are a great example of how a group can create a radically new sound using a fairly conventional set of materials. With only guitar, bass, drums and voice, they produced some of the most interesting sounds in rock, and had one of the broadest palettes of any band. Any musician should learn from them that there are constant possibilities for discoveries and renewals with any set of materials.

Surfer Rosa appeals to sousaphonist and founding member of Sugartone Brass Band Kenny Bentley largely because it mirrors the goals of our group:

I have always felt that one mission of Asphalt Orchestra is to share music with an audience in a way they don't expect or couldn't have imagined. The Pixies Surfer Rosa project achieves this goal: some of the tracks we cover will be very familiar to the audience, while others are going to come across as a complete surprise. Surfer Rosa gives the ensemble a vehicle to reach new audiences that wouldn't have otherwise been exposed to our music.

And it's precisely this cross-genre pollination that speaks to Bill Bragin, curator of Lincoln Center Out of Doors Festival and presenter of our premiere show on Sunday.

One of our goals for Lincoln Center Out of Doors is to blast through the false walls that can be imposed between 'high art' vs. 'popular culture.' The Pixies's influence has grown larger and larger in the 25 years since Surfer Rosa came out, and the idea of looking at all those tunes from new angles was a great extension of what Asphalt Orchestra has been doing at Lincoln Center from the beginning. And doing that in the context of a celebration of Kronos Quartet, who have been making similar cases themselves for 40 years, couldn't be more perfect. 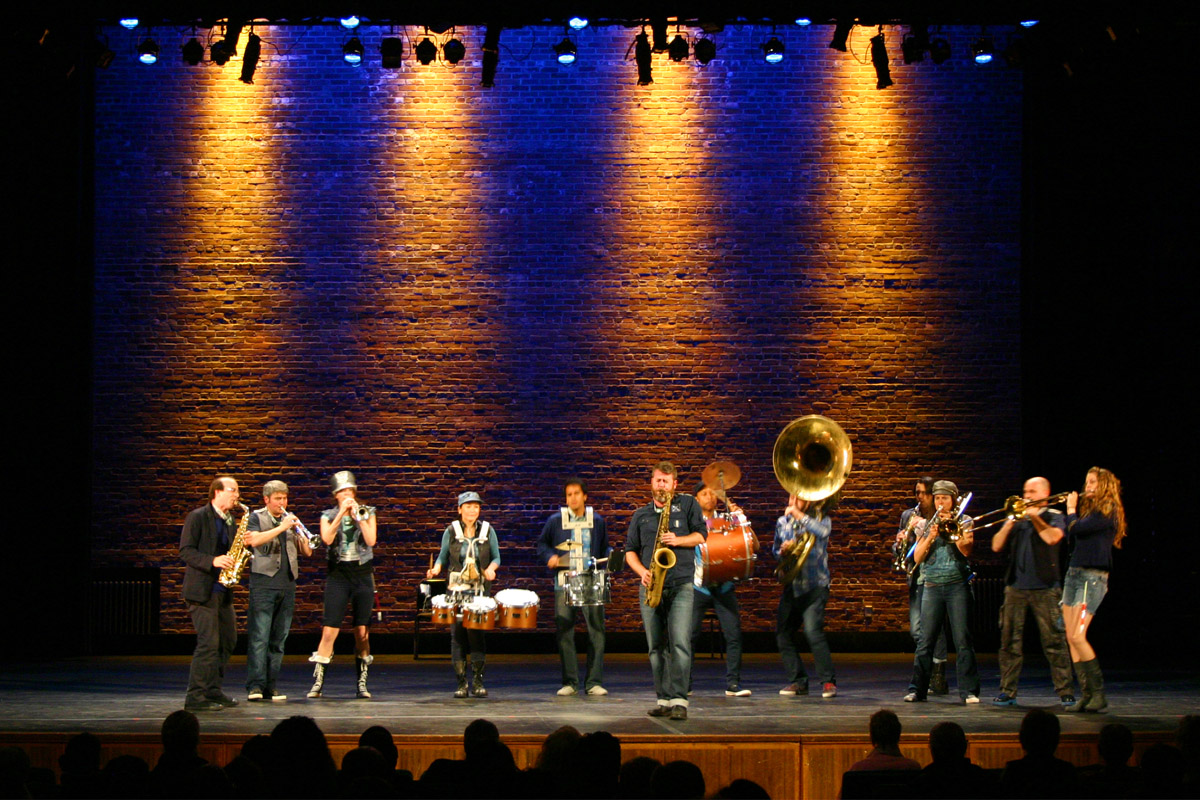