A baby born with an extra head is recovering this week in Afghanistan after undergoing a risky procedure to have the head removed.

Only a few months old, Asree Gul was discharged from a hospital in eastern Afghanistan after doctors successfully removed the extra head from her scalp, reports the BBC.

Born to farmers in the Chaparhar district, Asree also has a twin sister, who was delivered without complications. Asree's unique condition, however, made it difficult for her to sleep. 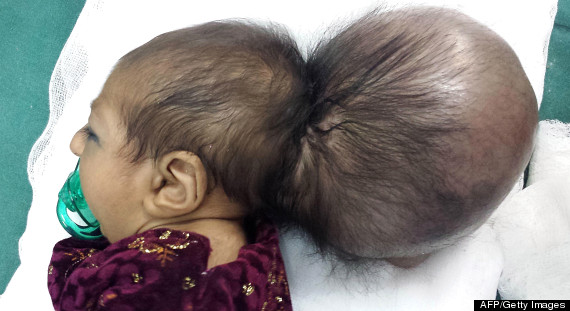 This photograph, taken on Sept. 18, 2013, shows 3-month-old Asree Gul, with an extra head as she lies at a hospital in the city of Jalalabad in eastern Afghanistan. (AFP/Getty Images)

The hospital's chief surgeon, Ahmad Obaid Mojadidi, told the Agence France-Presse that the complicated operation performed on Chaparhar was the first of its kind in the region.

Asree, whose name means "new flower," was not in good condition after the procedure, according to the AFP. Her father, Nematullah, said he had not expected his infant daughter to survive the surgery.

“The doctors saved her life. I thank them,” Nematullah told AFP.

Doctors believe Asree's birth defect is caused when a baby, in this case Asree's potential triplet, does not develop correctly in utero, according to the BBC.

While not officially confirmed, this case appears similar to a rare condition called craniopagus parasiticus, in which an underdeveloped twin is attached to its fully-formed counterpart. One of the most famous examples of craniopagus parasiticus was Egyptian Manar Maged, who had the head of her twin removed in 2005 when she was 10 months old, reported The Telegraph. While that operation was initially successful, the girl developed a severe brain infectionand died about a year after the surgery. 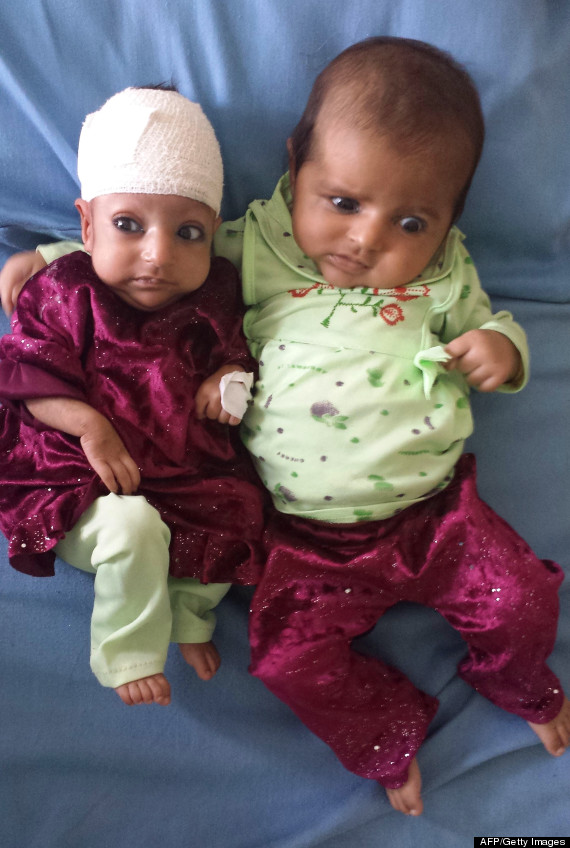 Asree Gul (left) and her twin sister lie on a bed at a hospital in the eastern Afghanistan city of Jalalabad on Sept. 18, 2013, following Asree's surgery to remove an extra head. (STR/AFP/Getty Images)