Islamic State militants have reportedly released 19 Assyrian Christians who were abducted from a village in northeastern Syria last week.

News of the Sunday release offered some hope to the Assyrian Christian community worldwide -- but the fate of more than 200 believers left behind remains unclear.

Assyrian Christians are among the numerous religious minorities in Syria and Iraq to become targets for ISIS. The militant group launched an aggressive attack on villages along the Khabur River last week, the Associated Press reported, taking away entire families.

This Christian population has been victim to large-scale persecutions in the past.

Assyrian Christians trace their history back to the early days of Christianity in modern-day Iraq, Syria and Turkey. In fact, the language spoken by some Assyrians today is derived from Aramaic, the language some scholars believe Jesus spoke.

According to tradition, the church was founded by three apostles of Christ -- St. Thomas, St. Thaddeus and St. Bartholomew -- in Mesopotamia. The faith then spread along the trade routes of the Tigris and Euphrates rivers, reportedly reaching as far as India.

Over the years, Assyrian Christians split into three branches -- some identifying with the Eastern Orthodox Church, others with the Chaldean Catholic Church, and the last group following an East Syrian Rite liturgy, Christian Today reports. 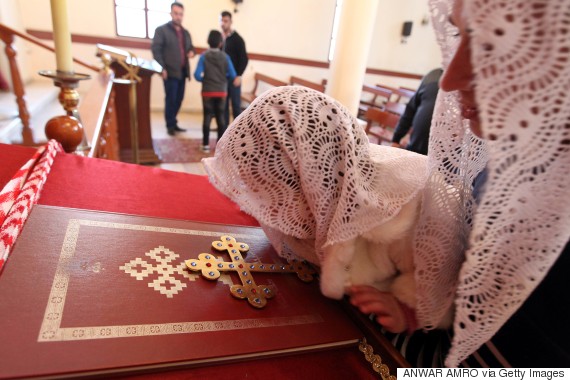 During the collapse of the Ottoman Empire, Assyrian Christians faced persecution in the form of massacres, rapes and cultural desecrations. Around 750,000 Assyrians became victims of genocide in that period, which meant that a significant portion of the pre-World War I population was effectively wiped out, according to Rutgers University’s Center for the Study of Genocide and Human Rights.

The center asserts that the Iraq War was “devastating” for Assyrians, as the population has been caught in the middle of sectarian violence. Christian Today reports that at least 400,000 Assyrian Christians fled Iraq between 2003 and 2009, with many more leaving after the Islamic State group began to gain a foothold in the region.

Assyrians Christians in the diaspora are now worried for their fellow believers back in the homeland.

In Arizona, hundreds gathered for a vigil in solidarity with the Christians who are still being held captive by ISIS.

Bishop Mar Aprim Khamis of Assyrian Church of the East in Glendale is asking for urgent prayers of support.

"We are the people who have faith in Christ," the bishop told AZ Central. "We have been persecuted. We have been massacred. Today it's not only tragic, it's genocide."

Who Are Assyrian Christians? Islamic State's Latest Captives Are Part Of A Long-Persecuted Group
Yazidi And Other Minorities Flee ISIS 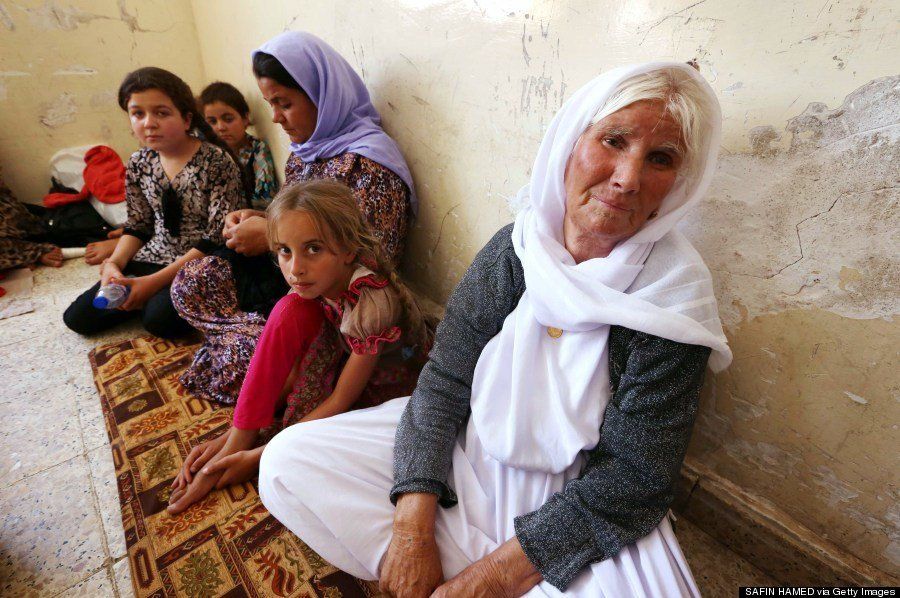