Another day, another anti-aging phenom. 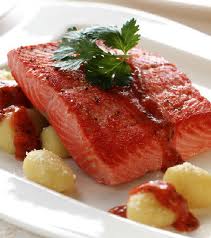 The newest supplement to catch the fancy of folks who refuse to get old is astaxanthin, an antioxidant found in algae. Astaxanthin (pronounced as-ta-ZAN-thin) is the compound that gives salmon and flamingos their pink hue. Proponents claim that in people, it has the power to reduce inflammation and oxidative damage to cells, which in turn preserves the eyes, skin, joints and central nervous system.

Astaxanthin got its four minutes of fame in mid-January on the "Dr. Oz Show". During the segment, Oz interviewed alternative health physician Joseph Mercola, who called astaxanthin a "phenomenally beneficial supplement." He went on to promise that people who take it can prevent cataracts -- one of the most common eye diseases among aging people. Oz immediately asked Mercola how much of it people should take. "About 10 milligrams," Mercola replied.

This prompted me to ask the question I always ask about anti-aging supplements: Where's the evidence that astaxanthin prevents diseases of aging and therefore should be taken by otherwise perfectly healthy people?

I started by searching for the supplement on PubMed, a comprehensive online listing of published clinical trials. A search for "astaxanthin antioxidant" pulled up 463 trials, the vast majority of which were done in animals or in cell cultures.

But you can't extrapolate from lab rats -- or cells observed in a petri dish -- to humans. And the human trials I did find were pretty limited. For example, in May 2010, scientists at Washington State University gave about 30 young women astaxanthin supplements for eight weeks, and compared them to a smaller group given a placebo. They found that DNA damage was significantly lower among the women taking the supplement. In August 2010, Japanese researchers found that the supplement raised levels of HDL, the good type of cholesterol, and reduced triglyceride levels in 62 men, who took it for 12 weeks.

This is all a very good start, but it shouldn't be enough to prompt legions of oldsters to run to the health food store to buy astaxanthin. To truly prove life extension, you need to design trials with hundreds of patients, who would need to take the supplement for much longer than just a few months. Even the scientists who published the 2010 studies concluded that broader trials would need to be done.

And there's recent evidence that jumping into the latest anti-aging trend before it's been studied may not be wise. In December, drug giant GlaxoSmithKline halted a trial of resveratrol -- the much-hyped red-wine supplement -- because several patients developed kidney failure. Like astaxanthin, resveratrol is widely available online and in health food stores.

To the credit of astaxanthin fan Mercola, he did point out to Dr. Oz that you can get a pretty good dose of the compound by eating a nice portion of wild Alaskan salmon. Supplements, he said are "not a magic pill." They should be considered "in addition to -- not in place of -- a healthy lifestyle," he said.

My advice? If you want to lower your cholesterol, keep your eyes healthy and in general live a longer life, take a good hard look at your diet. Perhaps cooking up a healthy slab of salmon is better for you -- not to mention more enjoyable -- than popping the latest hot pill.

I am a science journalist and author