How close exactly? Just 17,200 miles above our planet's surface, according to NASA. That puts the 50-meter-wide space rock nearer to Earth than many satellite orbits (just check out the video above).

"This is a record-setting close approach," planetary scientist Don Yeomans of NASA's Near Earth Object Program at the Jet Propulsion Laboratory in Pasadena, Calif., said in a written statement. "Since regular sky surveys began in the 1990s, we've never seen an object this big get so close to Earth."

But don't freak out. The asteroid isn't expected to hit us. As Yeomans said, "2012 DA14 will definitely not hit Earth. The orbit of the asteroid is known well enough to rule out an impact." 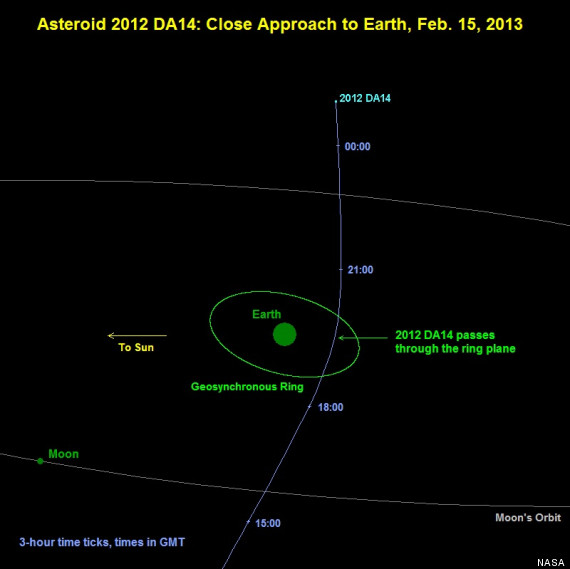 As the asteroid will be nearby, skywatchers may be able to view the flyby with a telescope -- but only if they're fast enough to catch it as it streaks by.

“The asteroid will be racing across the sky, moving almost a full degree (or twice the width of a full Moon) every minute," Yeomans said in the statement. "That’s going to be hard to track."