(AP/THE HUFFINGTON POST) PASADENA, Calif. -- NASA's Dawn spacecraft was captured into orbit around the massive asteroid Vesta after a 1.7 billion-mile journey and is preparing to begin a study of a surface that may date to the earliest era of the solar system, the space agency said Monday.

The entry into orbit occurred while the spacecraft's antenna was pointed away from Earth, so mission controllers had to wait for Dawn to re-establish contact to confirm its success.

The capture was estimated to have occurred at 10 p.m. PDT Friday, when Dawn was 9,900 miles from Vesta and 117 million miles from Earth in the main asteroid belt between Mars and Jupiter, according to a statement from NASA's Jet Propulsion Laboratory.

"We are beginning the study of arguably the oldest extant primordial surface in the solar system," the mission's principal investigator, Christopher Russell from the University of California, Los Angeles, said in the statement.

NASA said that after the orbital capture, Dawn sent an initial close-up image taken for navigation purposes. Before the Dawn mission, images of Vesta were obtained by ground- and space-based telescopes but did not show much surface detail.

Vesta, 330 miles in diameter, is the second-most massive object in the asteroid belt and is believed to be the source of many meteorites that fall to Earth.

Dawn will continue to approach Vesta over the next three weeks, search for possible moons and make more navigation images. It begins gathering science data in August. Vesta's gravitational pull on Dawn will be measured to more accurately determine the asteroid's mass.

The spacecraft will eventually get as close as 110 miles from the surface.

The spacecraft will study Vesta for a year and then continue on to the most massive object in the main asteroid belt, the "dwarf planet" Ceres. That encounter is scheduled to occur in February 2015.

JPL is managing the $466 million mission for NASA. UCLA is responsible for the mission's science. The German Aerospace Center, the Max Planck Institute for Solar System Research, the Italian Space Agency and the Italian National Astrophysical Institute also have roles in the mission.

Check out a photo of the asteroid (below): 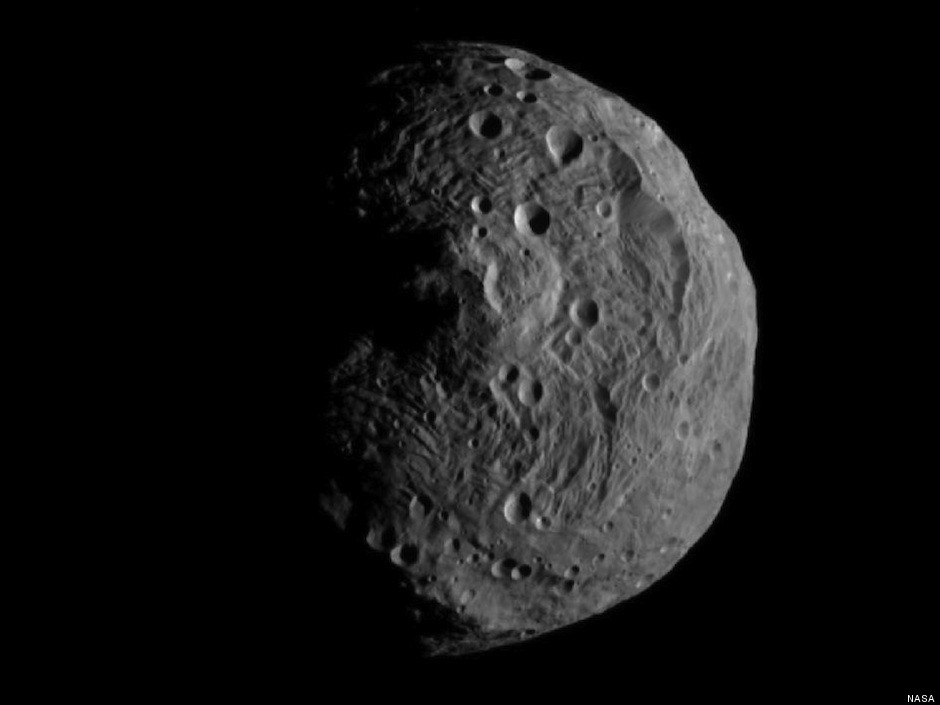