Actors make their living manufacturing emotions at a moment's notice. 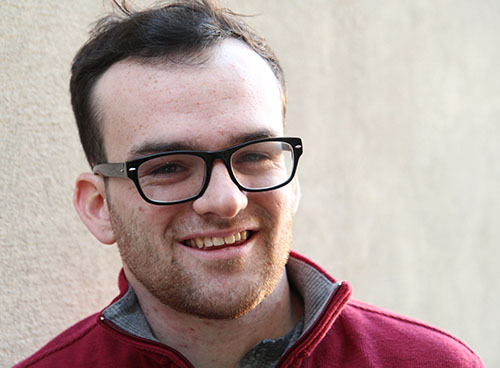 Toney Brown does them all flawlessly, but there's one he doesn't have to fake: wide-eyed enthusiasm.

Toney, who will go by the stage name of Anthony Joel Brown when he gets his first professional acting or directing credit, is fresher than newly baked bread, and his arrival in Astoria puts a whole new "new" take on New York City.

He doesn't give a second thought to shedding his first name, which, funny spelling and all, is a hand-me-down from his great-grandfather. His surname's another matter: It matches the color of his hair and eyes, making him easier to remember.

If Toney acts like a kid locked in a candy store, it's probably because he's 23, straight out of college and away from his home state for the first time. 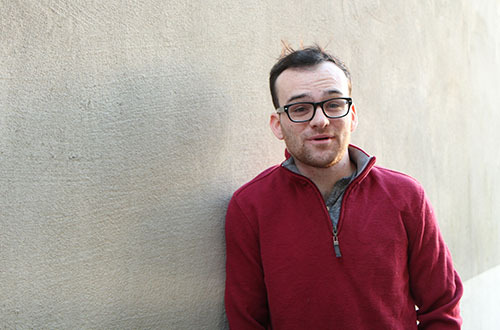 Photo by Nancy A. Ruhling
Toney has a degree in theatre arts.

He just got an apartment, a one-bedroom basement he shares with the sax-playing roomie he had at the University of Massachusetts Amherst.

Just so you understand, Toney isn't aiming for fame or even fortune, not because few are chosen but because he's not interested in starring on a Broadway stage or in a blockbuster movie.

He has his bright brown eyes, which are framed by professorial black horn rims, on theatre. 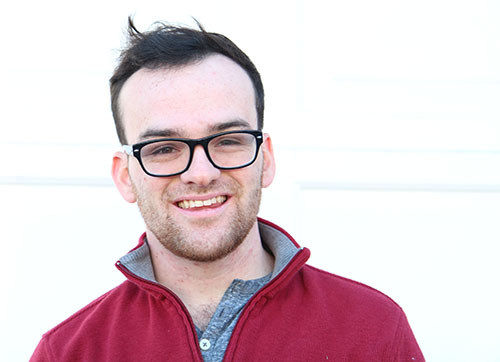 Photo by Nancy A. Ruhling
He also studied at the British American Drama Academy.

"My ambition is to connect with everyday people through storytelling," he says.

Curiously, acting doesn't run in Toney's family. His father worked for a phone company, and after Toney was born in Burlington, Vermont, he got summoned to Warsaw, Poland for a three-year project.

"I'm not sure exactly how old I was when this happened," Toney says. "I was too young to remember anything about my time there." 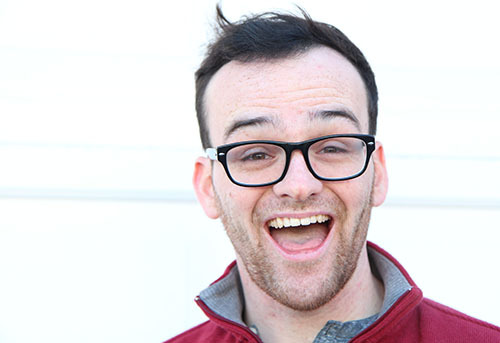 When the family returned and settled in West Newbury, Massachusetts, his parents took Toney to a lot of cultural events.

He started performing in school plays in kindergarten -- his first role was as a Munchkin in The Wizard of Oz -- and never stopped. When his older sister fell hard for acting, he decided to follow her lead.

He was in high school performing in an adaptation of Shakespeare's Richard III when he realized that he could connect with a crowd from the stage. 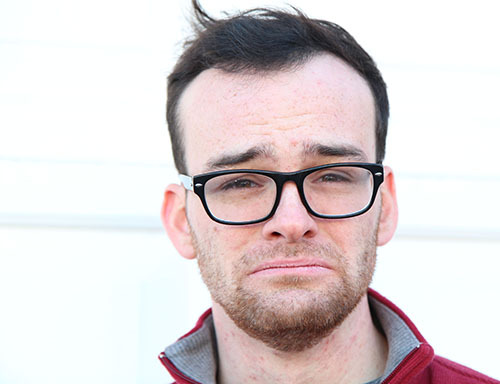 "I found I had the power to captivate people and bring up their own experiences," he says.

Shakespeare remains his wordsmith of choice.

"He's definitely the most human playwright because of his focus on themes that are human truths and experiences," Toney says. 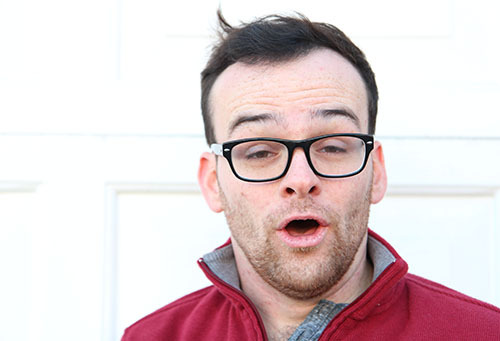 There was no doubt in Toney's mind that he was headed for New York. He chose Astoria, in large part because his sister lives here, and in lesser part for its artistic associations.

He's doing what up-and-coming actors always do: working a job around auditions. He already has a half dozen tryouts under his belt. 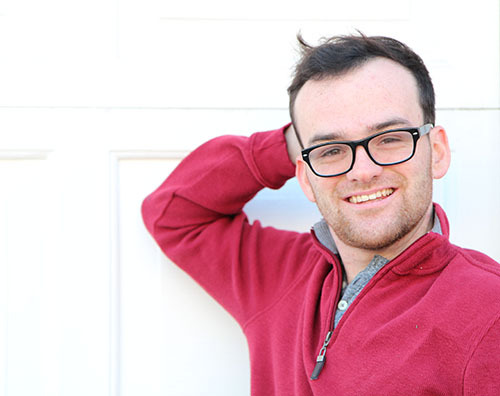 "I'm in my learning phase," he says. "I'm meeting people, going to plays and sitting in in rehearsals."

He's also workshopping with college friends in the hopes of mounting his own production. 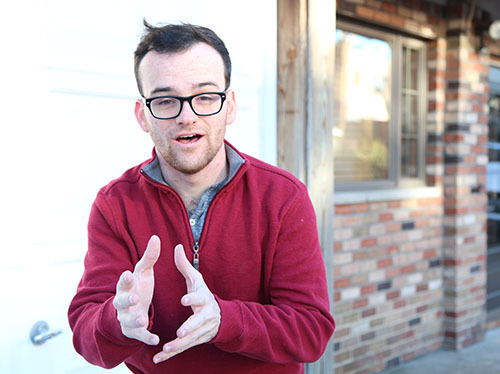 Photo by Nancy A. Ruhling
He's trying to persuade you.

"Someday, I want my own theater company," he says. "I figure it will take me two years to do the first production. In eight to 10 years, the company will be well established."

In his free time, Toney surrounds himself with the people he loves. He sees his sister every two weeks.

"She works days and I work nights, so it's hard to coordinate," he says.

His girlfriend has a job in Hartford, Connecticut, which, thankfully, is only a short and cheap bus ride away. 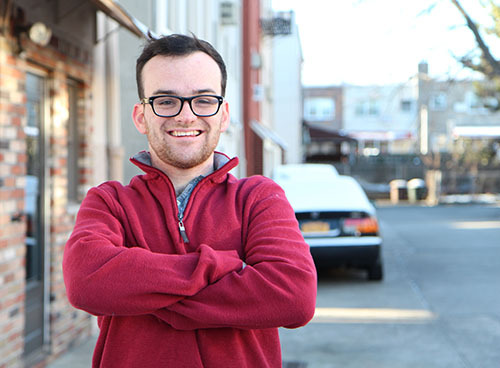 Photo by Nancy A. Ruhling
It's no act -- Toney's confident.

So Toney's in a good place and all set for success.

"Whatever happens, I can't see myself doing anything else," he says. "I see myself continuing to be involved in the arts the rest of my life."

Of course, there's always the possibility that things won't follow Toney's stage directions. Life, after all, can be a lousy actor.

Toney's eager to express all of these feelings on and off the stage as he and the world continue to dance around each other.