At the last stop on the N and Q lines, at the end of a short tunnel, there's a circular dime-shiny sign that -- Bam! Pow! Zap! -- punches right through the grey gloom of the subway station.

Look at it, up at the ceiling. It's not a bird. It's not a plane. It's Silver Age Comics, the super-cool shop of superheroes. 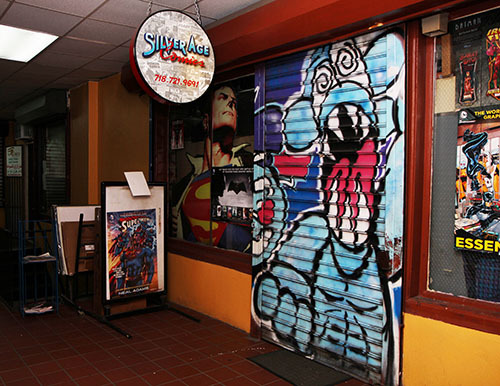 Photo by Nancy A. Ruhling
Silver Age Comics opened in 1991.

For the last 25 years -- Silver Age celebrated its silver anniversary in February -- Batman, Superman, Wonder Woman, Spider-Man, The Hulk, Captain America, The Flash and their friends have convened here at the command of the mighty Gus Poulakas.

Gus, tall and thin and horn-rimmed like Clark Kent, has never had occasion to wear a cape, but to Silver Age fans, he's a knight in shining armor.

These days, comic book stores are as scarce as kryptonite. Silver Age is the only one left in Astoria and one of the few brick-and-mortar shops on the planet that sells vintage as well as new books. 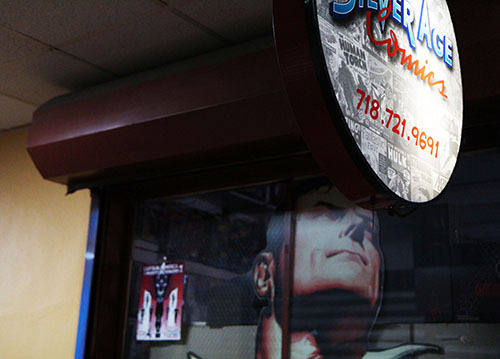 Photo by Nancy A. Ruhling
Where superheroes know your name.

Gus, whose parents are from Cyprus, was born and raised in the neighborhood.

The youngest of three, he bought his first comic book, 1974's Action Comics' Superman No. 438, whose cover features a monster version of Lois Lane choking our hero, from a candy store near his house. It was 20 cents.

"It was the art but also the characters and story that attracted me," he says. 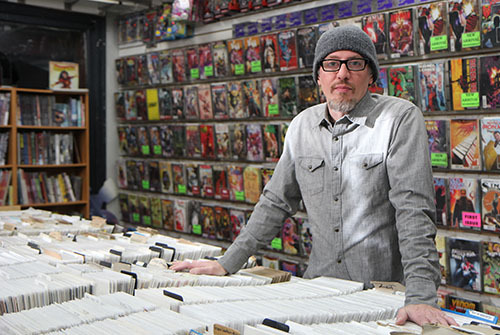 To illustrate, he pulls two pristine copies of Superman Double Feature No. 76, published in May/June 1952, off the rack.

On the cover, which was done by Win Mortimer, Superman and Batman swoop down to rescue Lois Lane, who is trapped on the roof of a building, big, bright orange flames licking at her long legs like wolves' tongues.

"I'd love to see Picasso draw 22 pages on deadline like Jack Kirby, who is my favorite comic book artist," Gus says. "These guys are so underappreciated." 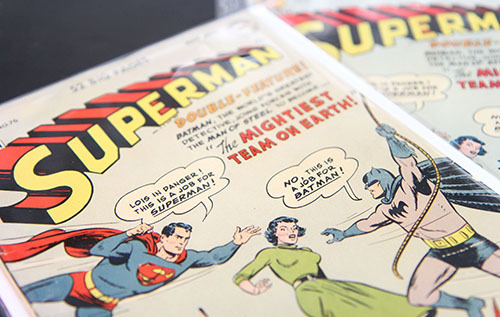 Photo by Nancy A. Ruhling
Batman and Superman to the rescue.

The candy store was convenient, so Gus kept going there.

That's where, later in 1974, he plunked down a quarter for his first Amazing Spider-Man, No. 134, in which Peter Parker takes on Tarantula and The Punisher makes his second appearance.

By the time Gus was working his way through St. John's University, where he earned a degree in accounting, he had amassed quite a collection.

And that's all it was until about a year after graduation when Gus noticed that the subway space was available.

At one point, it had been a real estate office and possibly, Gus says, a nail salon because when he moved in, the walls were painted pink. 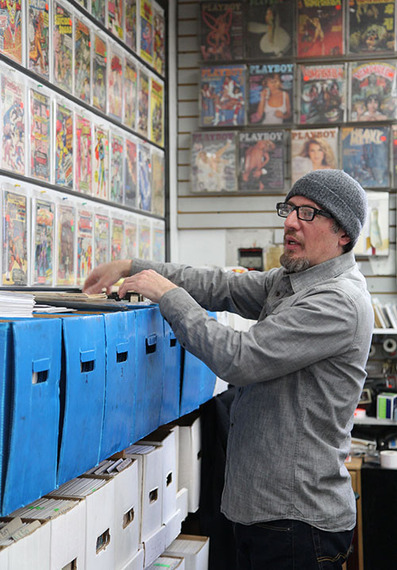 Photo by Nancy A. Ruhling
Gus started collecting at age 7.

If you've never visited Silver Age's tunnel, chances are you've seen it anyway: In 1973, the chase scene from Serpico was filmed there.

Gus grabbed the opportunity and soon the shelves he built were stocked with his personal collection.

He named it Silver Age to signify the comics that were produced from 1955 to 1969.

"These are my favorites," he says. "The Golden Age, the time of the superheroes, ended in the late 1940s. In the Silver Age, they returned." 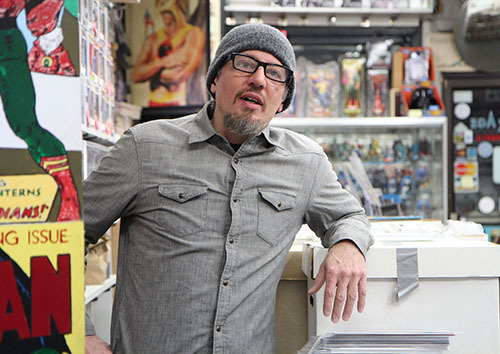 Photo by Nancy A. Ruhling
He had a brief career as an accountant.

The 1,100-square-foot space, which shakes with the subway, houses, as close as Gus can estimate, 250,000 comic books, old and new, as well as action figures and graphic novels.

"I'm buying all the time, and I buy other collections," he says.

What he doesn't do any more is buy comics for himself. Instead, he collects the original drawings the books are printed from. 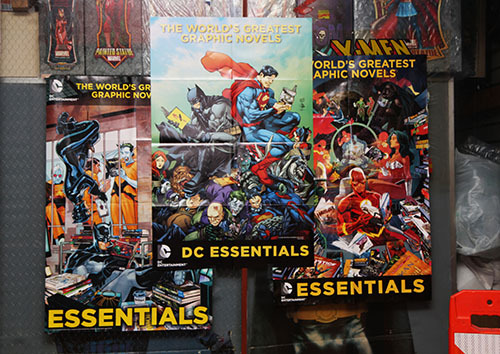 "I have some nice pieces, including the cover art for that Superman 134 that I bought when I was a kid," he says.

Gus says that running a comic book store is a fun way to earn a living.

"People come in off the subway to decompress," he says. "Sometimes, we have stupid conversations about superheroes, but other times we talk about real issues like politics. It's like people stopping in at the bar on Cheers." 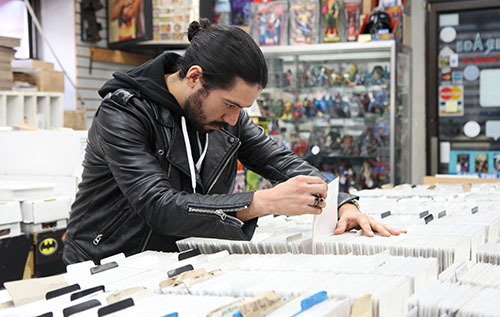 If it takes a superhero to keep a mom-and-pop business alive in the 21st Century, Gus fits the bill.

He works seven days a week; when he's not behind the counter, he's at home posting comic books on eBay or working a booth at Comic Con.

"I've sacrificed everything for this place," he says, smiling. 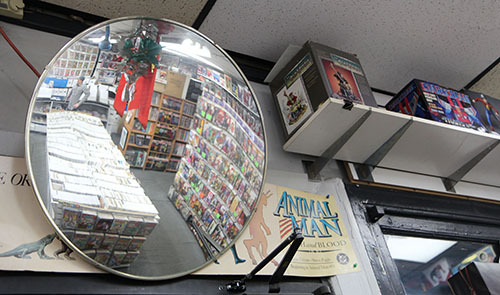 Photo by Nancy A. Ruhling
At 25, Silver Age Comics is going for the gold.

Gus is turning 50, but there's no heir apparent on the horizon ready to swoop in and rescue Silver Age Comics if he decides to retire.

His 15-year-old daughter, Zoe, has shown some interest, but she lives in Brooklyn with her mother.

"She's helped me out a few times," Gus says. "I figure that if I can keep the store going, 20 years from now it will be a good way to keep myself busy."