She wanted to get off of her feet. That's why Suzi Winson went up in the air. On the flying trapeze. It really was as simple and as complicated as that.

At that time, a dozen years ago, Suzi had a successful career as a dancer; she didn't know that her trial trapeze tricks would lead her to found Circus Warehouse, the only professional school in New York that teaches the greatest-show-on-earth aerial arts.

Suzi, the girl in the golden goggles, is a spunky sprite with a perky platinum ponytail. She's played so many parts and packed so much life into her 50-year-old life that "I'm like 300 years old." 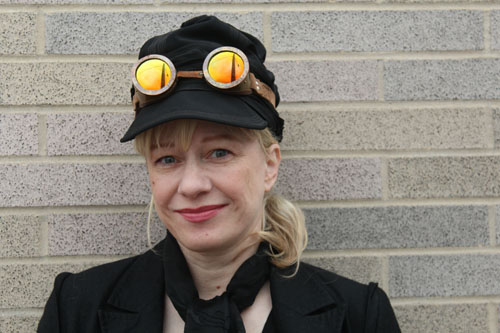 Photo by Nancy A. Ruhling
Suzi is the ringmaster of Circus Warehouse.

Dressed in black tails, black knee-high leather boots and tie-dyed royal purple tights that show off her perfectly proportioned legs, she's the ringmaster of this curious and curiousier circus. There's no big top, just an 8,000-square-foot warehouse whose 30-foot-high strutted ceiling is studded with trapezes, lyra, ropes and aerial silks.

Suzi's cornflower-colored eyes look skyward. The trapeze is calling to her like a siren. But she resists its lure, at least for now.

"I'm terrified of flying," she confides. "Nobody flies at Circus Warehouse without a net. You have to fall. When I was learning, I broke a few things, including my nose, but nothing while here." 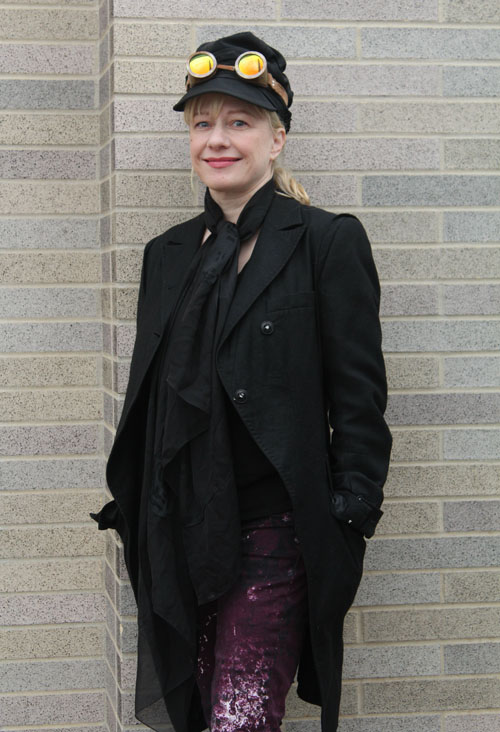 Photo by Nancy A. Ruhling
Suzi tried out the trapeze when she was 38.

There was no safety net when she was dancing, but perhaps there should have been. She took her first steps on stage at 7 and turned pro at 15.

"I always needed to move," she says. "The rest of my family is intellectual and sedentary, but I was doing somersaults in my crib. At age 12, I alerted the media that I was going to be a dancer. My mother, who is a painter, told me to learn to type. I type like a maniac." 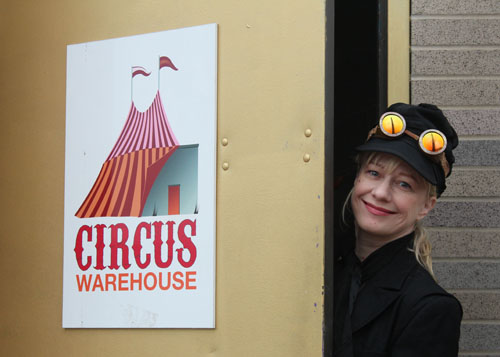 Photo by Nancy A. Ruhling
The circus has always called to her.

She studied with the masters, commuting from Ridgewood, New Jersey to Manhattan for ballet classes at the Joffrey and the ABT.

'The training was hard," she says. "It takes eight years to get it right."

Suzi skipped college and headed feet-first for the stage. 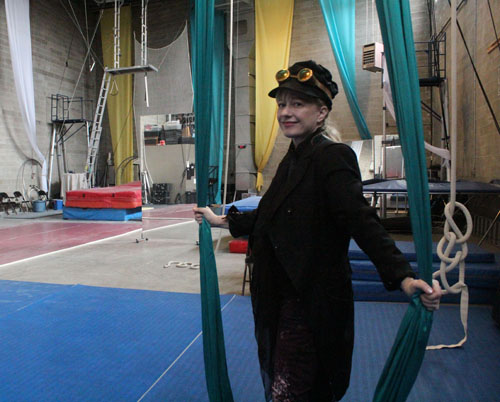 Photo by Nancy A. Ruhling
The warehouse teaches the aerial arts of the big top.

You may have seen her on Broadway. That was her hoofing it in My One and Only with Tommy Tune. And in Annie and Brigadoon and Nunsense.

She more or less supported herself, and when less needed to be more, she dabbled in a lot of different things. She started a small-press literary magazine. She got involved in politics. She ran a cosmetics company. 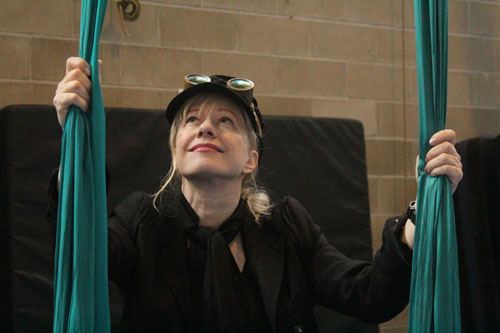 "It didn't occur to me to stay in my field," she says. "I tried on a lot of different lives. Everything after ballet is easy and linear."

She would have continued dancing merrily along if her aching, ailing feet hadn't tripped her up. A toe surgery all but ended her career.

"It was a relief to wake up and not be in pain from dancing," she says. "But I missed living in my body in that intense way. I can't live only in my head." 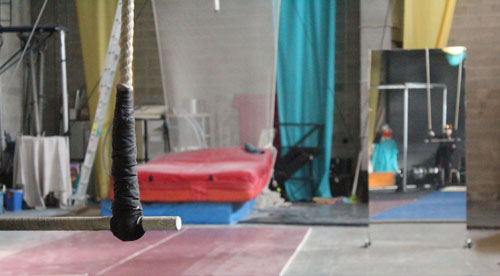 Photo by Nancy A. Ruhling
The trapeze at ease.

Two years after she triumphed on the trapeze, Suzi went back to the barre, forcing her feet to return to the rhythm of the dance that brought her to life again. Soon, she found herself in yet another role: ballet instructor.

"Teaching is my version of having kids," she says. "I love passing on information. It's as close to divinity as I'll ever get, and it feels really important."

In 2010, she opened Circus Warehouse, which draws scores of aspiring professionals and several hundred recreational students each year who come not only for her ballet lessons but also to learn the ropes of everything from trapezes to tumbling to trampoline. 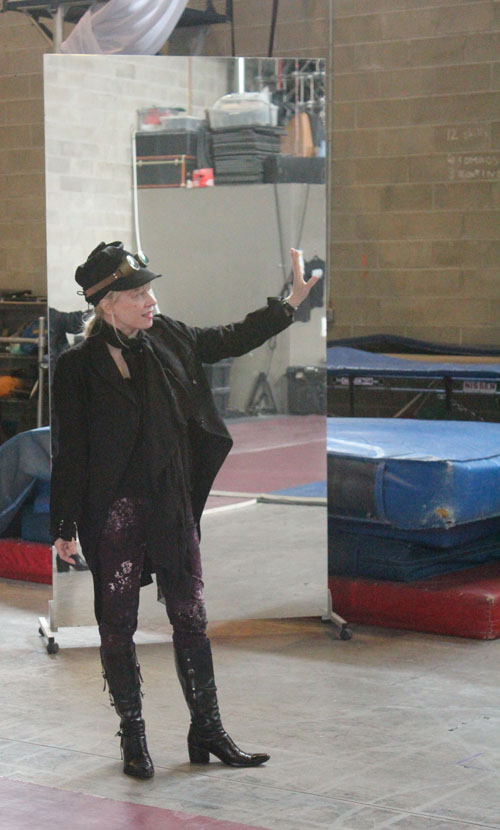 Photo by Nancy A. Ruhling
Suzi started out as a dancer.

Suzi, who confesses that she's always had "circus lust," says Circus Warehouse is just the beginning. She envisions creating a traveling troupe. In the meantime, she'll continue to play the daring young girl on the flying trapeze.

Young is the operative word. Suzi wears her 50 years like a crown. She possesses the enthusiasm and adventurous spirit a teenager. It's easy to mistake her for a 35-year-old. 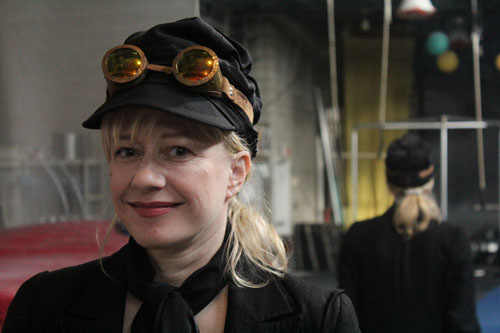 Photo by Nancy A. Ruhling
Suzi's next act: a traveling troupe.

To stay fit, she doesn't work out, she acts out.

She finds that meaning when she's flying high in the air.