Bankruptcy is not as bad as you think. Before you dismiss this seemingly novel idea, give Phill Mahony a chance to explain it to you.

"Unfortunately, there's a stigma attached to bankruptcy," he says. "But it doesn't represent failure. The bankruptcy code really puts people on their feet. You come out like a new person. It's really a good deal." 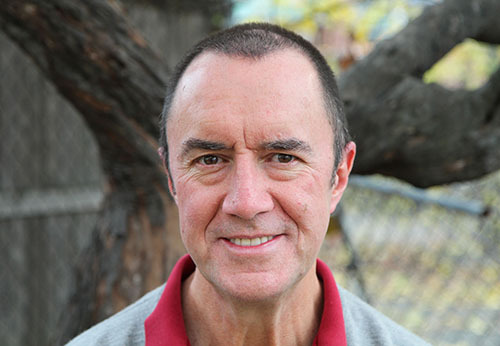 Photo by Nancy A. Ruhling
Phill has his own law practice.

Phill, let the record show, is a lawyer, but this is not mere legal speak. It's the calm, cool collected talk of a man who has spent his life -- in and out of court -- helping people.

Phill, a tall, calm fatherly figure who possesses the aw-shucks charming innocence of Jimmy Stewart, started out as a beat cop in Crown Heights, Brooklyn.

His parents, farmers from County Kerry, Ireland, came to New York for a better life. They settled in Astoria, which is where Phill, his four brothers and sister were born.

Phill is across the street from his boyhood home, where his widowed mother still lives. His sister is on the same block, and one of his brothers is in the house on the other side of the back alley. 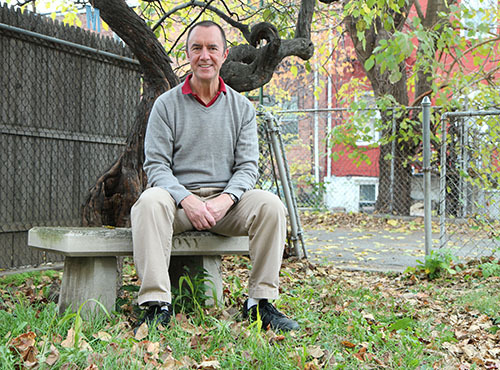 Photo by Nancy A. Ruhling
Phill is an ex-cop.

Which is the same that could be said of Phill's career.

"How old was I when I started working? I don't know," he says. "I started as soon as I could while I was in high school."

His first grown-up job was as a copyboy at the New York Daily News, which he got after earning a degree in English literature and journalism from New York University.

After the mammoth newspaper strike of 1978, Phill knew he had to find another way to make a living. So he paid close attention when his roommate, a firefighter, mentioned the police academy.

Phill's first assignment was riding in a car with another cop.

"I never shot any bad guys -- I missed them, and they missed me," he says. "But they shot the cop next to me." 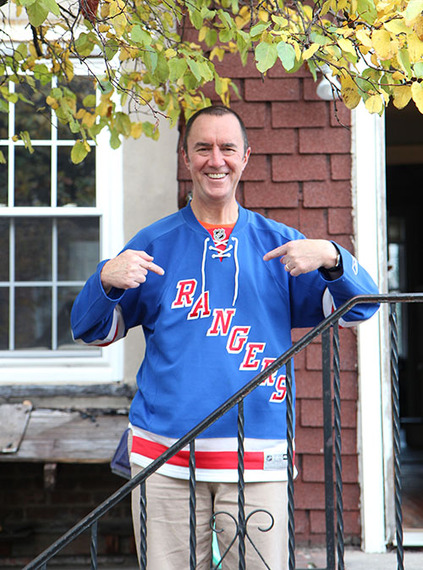 Photo by Nancy A. Ruhling
Did Phill mention that he's a Rangers fan?

By the time he was a beat cop in the 77th Precinct in Crown Heights, Phill was working on his master's degree in English literature and journalism, something that was virtually unheard of in the police world at the time.

"I used to walk Franklin Avenue, and in those days it was rough," he says. "It was kind of lonely because I didn't have a partner. I had to really learn fast. The people really liked me because they could talk to me about small problems like potholes, dead dogs and kids truant from school that were not important enough to call 911 for."

He worked his way up the precinct ladder, getting promoted to detective, sergeant and lieutenant. At one point, he commanded the missing persons squad.

"We found a lot of people we thought were dead," he says. 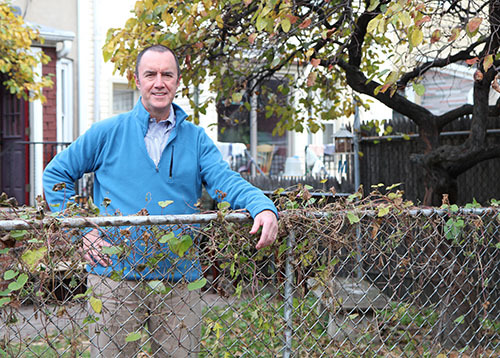 Photo by Nancy A. Ruhling
He specializes in bankruptcy cases.

Along the way, he met Marya.

The "lovely bride," as he still calls her, sat down next to him on a Manhattan bus with a book. When he couldn't think of anything intelligent to say to get her attention, he interrogated her about her reading matter.

He got her to confess that it was a biology textbook and that she was a nursing student. He told her that cops and nurses were made for each other and asked for her number.

When she refused to tell him, he insisted she take his. Six months later, she called the station, and a year and a half after that, they married. They have four children, ages 17 to 24.

"I loved my 22 years with the NYPD," Phill says. "But I decided to retire and go to law school. I had an interest in the law because when I was a detective I was on trial a lot and cross-examined by a lot of sharp lawyers." 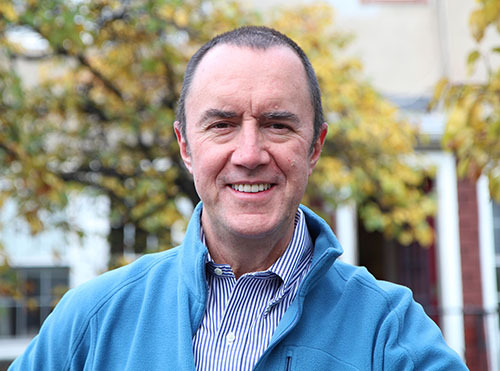 Photo by Nancy A. Ruhling
Phill earned his law degree after he retired from the NYPD.

But criminal law, of which he had a cop's-eye view, seemed too close to home.

"I wanted something different because it's a big world out there, and I wanted to make a big jump and take chances," he says.

After an internship in Bankruptcy Court, Phill was hooked.

"I liked the mix of law code and court cases," he says. "It was tangible; it wasn't just theory; it was people trying to get on their feet." 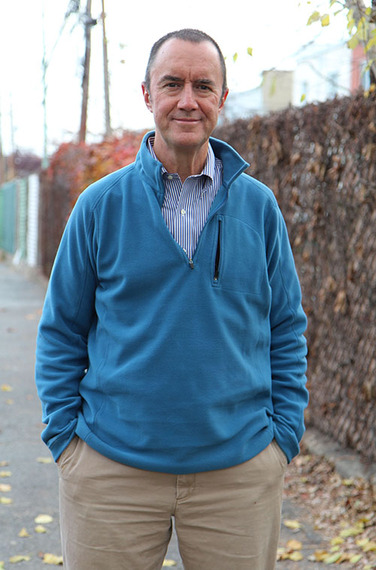 Photo by Nancy A. Ruhling
Phill helps people get back on their feet.

After working for King & Spalding and Kirkland & Ellis and three other firms, Phil opened his own practice late in 2015.

"It's very rewarding for me to do everything from soup to nuts," he says. "Instead of being the fifth guy down the assembly line, I'm the first point of contact and the last. I take people by the hand through the whole system."

He pauses and breaks into a smile.

"It's like being a cop on foot patrol again," he says, adding that he's never thought of it that way before.