It's too hard to sit still, and there's no point to it. Life equals kinetic energy, which is why Verunka Vlkova-Fierro plugs in the 6-foot-long sign as soon as she makes her entrance into the living room. 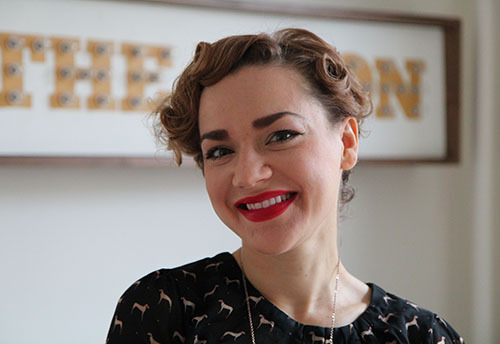 Photo by Nancy A. Ruhling
Until recently, Verunka was an opera singer.

Verunka, who is Betty Boop cute and as bright and bouncy as a beach ball, can't stop herself. She jumps onto the sectional sofa and throws her arms triumphantly into the air, inviting the sentimental solar system satellite to leap right into them.

In case you don't know, Verunka is happy to inform you that the enlightening motto on the homemade sign comes not from her vision but from the 1946 film It's a Wonderful Life when Jimmy Stewart promises the girl he loves everything under the sun, including the moon.

It's Verunka's version of go for it, which is what she, at 37, is doing in this chapter of her life. 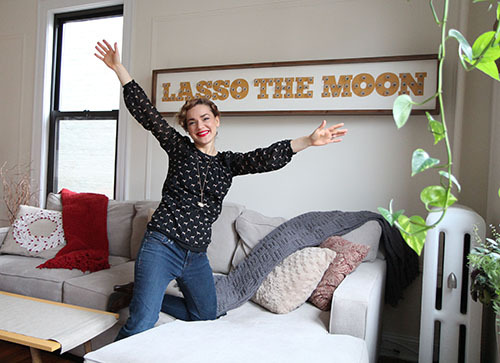 Photo by Nancy A. Ruhling
Verunka acting out her motto.

In a sense, she's always been reaching for the stars.

She'd like to say she had the kind of happy childhood you see in movies like It's a Wonderful Life, but instead she endured a lot of drama.

Her parents were foes of the communist regime who escaped the Czech Republic and eventually settled in Arizona, where they had family. Her maternal grandfather spent World War II in a concentration camp for defying the Nazis; later, he was transferred to a communist-run camp.

Her father's side was just as fractured. Verunka's paternal grandmother and step-uncle were not allowed to come to America, and her parents were prohibited from returning to their home country to visit them. 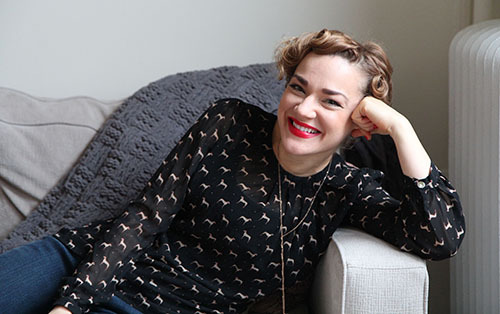 Photo by Nancy A. Ruhling
Verunka is from Arizona.

Verunka, one of four children, was born in Mesa, Arizona. Early on, she became passionate about singing.

"I grew up in a violent environment, and I needed a way to express myself," she says. "My dad was an alcoholic, and my older sister, who is deaf, is schizophrenic."

That's as clear as she wants to be about this "scary" part of her life. It's too painful to relive, so suffice it to say that there was a physical fight, an arrest and a restraining order. 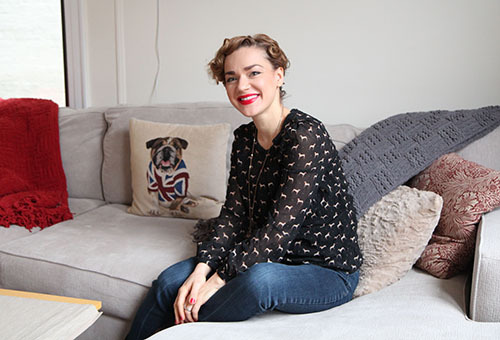 Photo by Nancy A. Ruhling
Her last role was in London in Madama Butterfly.

"My father was not allowed to live with us after that," she says.

By high school, Verunka, a soprano, had found her voice and trained her sights on opera, whose drama matched her own. She continued her studies at Arizona State University.

For a decade, she played the role of the struggling artist, taking odd jobs, studying and auditioning and occasionally even performing. 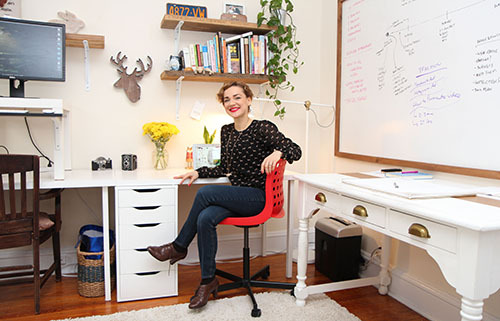 Photo by Nancy A. Ruhling
In her home office, where Pimmento.com was created.

In 2004, she came to New York City to continue her voice lessons and to escape an abusive relationship.

"I was in a really bad place," she says. "I had become grey and dull, and I even had started stuttering."

When she got herself together, she went to Boston to earn a master's degree at The New England Conservatory of Music.

She discovered that all along she had known a great guy -- they had been long-distance friends before lovers -- and recently married him. 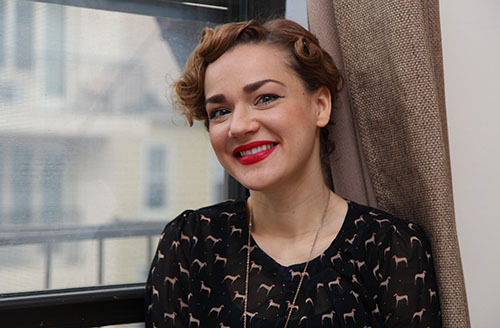 Photo by Nancy A. Ruhling
She's looking for more stages for her creativity.

Her swan song, in 2013 in London, was as the ill-fated Cio-Cio-San in Madama Butterfly.

"I gave opera up when the struggle became greater than the passion," she says. "When I quit singing, I felt lost for a while. So I had to reinvent myself."

She also had to deal with severe outbreaks of cystic acne, which made their appearance when she transferred to the East Coast. 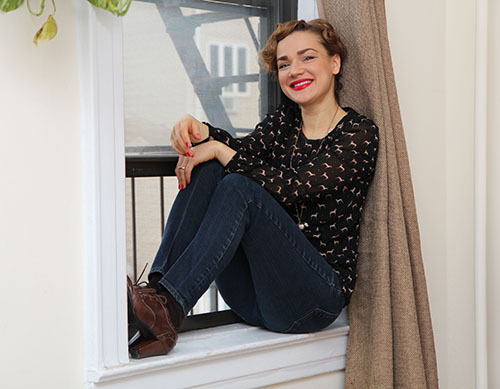 Photo by Nancy A. Ruhling
She wants to help fellow acne sufferers.

"This made me feel really insecure," she says. "And I was too ashamed to even leave the house."

She tried every product and medication she could find and began keeping a log of her outbreaks in an effort to link them to specific foods and face cleaners.

With her singing career over, Verunka literally is focusing on her face. She and her husband, web developer Jacob Fierro, just quit their day jobs and are creating an app that helps people track and log their bouts of acne and other skin conditions.

"I hope we can help some people," she says. "I'm in contact with people all over the world. Their stories make me cry." 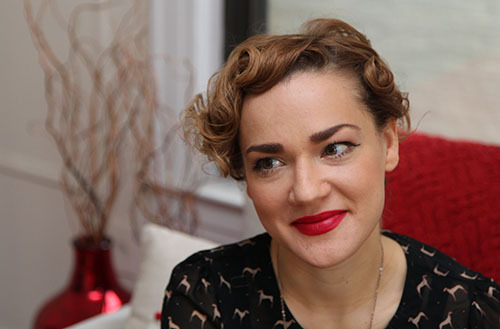 Photo by Nancy A. Ruhling
She's enjoying the new work.

She has her acne under control: Her skin looks flawless.

"I don't eat sugar, and I avoid fruits and dairy," she says.

Her new venture comes at a time of great challenges. Her mother died in August, making Verunka the guardian of her mentally ill sister. 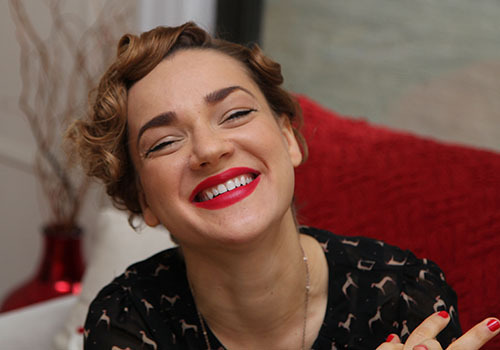 Photo by Nancy A. Ruhling
Watch out, Moon, here she comes!

"I'm dealing with the insurance company trying to get Daniela transferred from Arizona to a group home in New York," she says. "We have always been very close. It will happen, but it just will take a little time."

She looks up at the shining sign, and her eyes sparkle in its light. If she has to lasso the moon to make this happen, so be it.