From the top shelf of The Geekery HQ's lending library, Syrus Gabales brings forth an orange box. 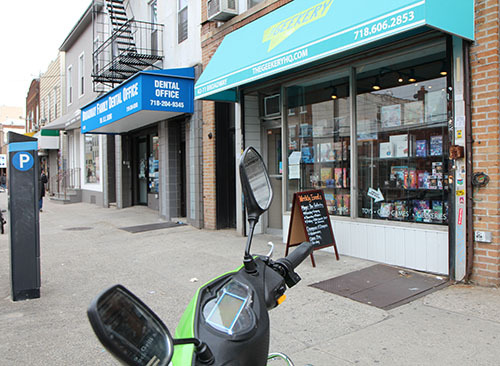 Photo by Nancy A. Ruhling
The Geekery HQ is on Broadway at 42nd Street.

Syrus, who prefers card games, has never played The Settlers of Catan, but Wendy Chua, his romantic and business partner, knows it like the back of her card-playing hand.

When they opened the store in fall 2015 and she was running it full time, she made it her business to learn all the games; Catan was one of them. 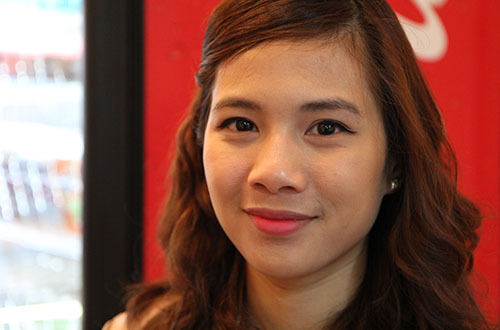 Photo by Nancy A. Ruhling
Wendy's from Manila.

She briefs him on the rules and roles as she sets out the cardboard hexagonal tiles that form its patchwork-quilt board.

The object, she informs Syrus matter-of-factly, is to collect resources, which are measured in points, to build roads and cities on the imaginary island. The player with the highest score wins. 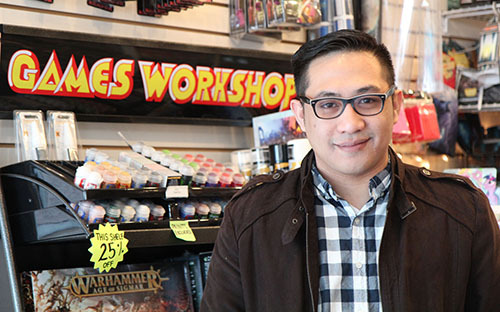 Photo by Nancy A. Ruhling
Syrus grew up in Cagayan de Oro.

Syrus, who has been a gamer since boyhood, throws himself full force into the competition. Before long, he's setting up wooden houses, huddling them together in a village.

Wendy, who became a player later in the game, says the real victory lies in the fun, which, she hopes, is why people come to The Geekery HQ.

As Astoria's only Friendly Local Gaming Store or FLGS, The Geekery HQ's mission is to build a community. 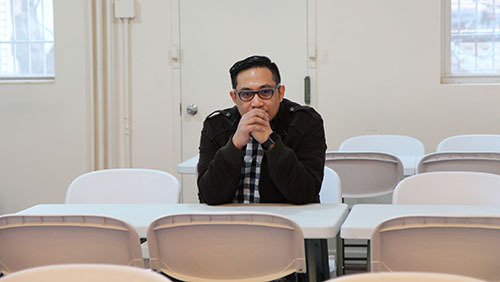 Photo by Nancy A. Ruhling
Waiting for the game to begin.

"People come here to find game partners," Wendy says. "We are trying to bring people together physically, which is why we will never carry video games."

Syrus and Wendy, who are from the Philippines, met and began courting as freshmen at De La Salle University in Manila, where they were studying legal management. 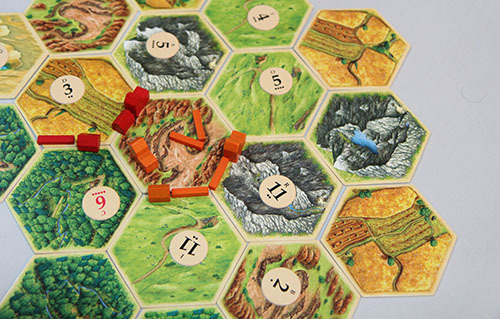 Photo by Nancy A. Ruhling
The game board for The Settlers of Catan.

They come from different backgrounds, which may be part of the reason they were attracted to each other.

Wendy, one of four children, grew up in Manila. Her family owns a garment manufacturing business. Her life revolved around several servants and a chauffeur. 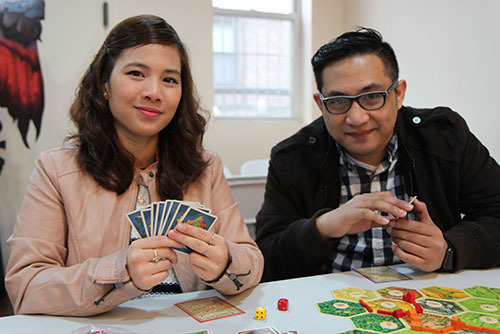 Photo by Nancy A. Ruhling
Commencing the competition.

Game nights were a regular part of her upbringing, but she balanced them with typical childhood physical pursuits like bike riding.

Syrus, who also has three siblings, was born and raised in Cagayan de Oro, a town on the country's southernmost island, Mindanao. 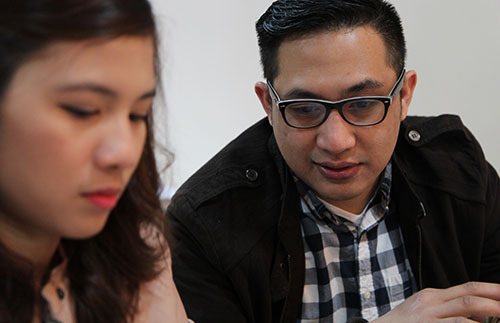 Photo by Nancy A. Ruhling
Syrus makes a move.

"The cards were expensive, so I collected bootleg copies," he says. "We didn't have much money for hobbies." 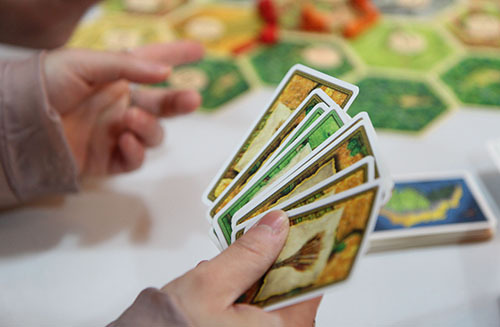 When Syrus graduated from high school, his mother sent him to New York City to give him a broader perspective of the world.

He stayed with friends for six months, picking up jobs here and there. At one time, he was a busboy in a Korean restaurant. 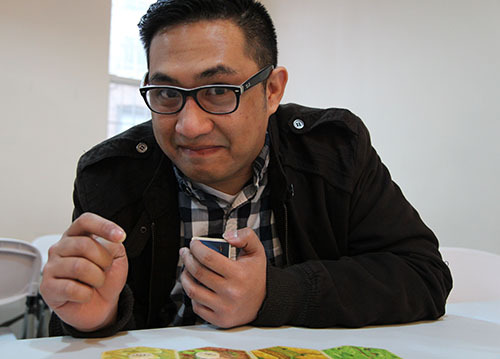 Photo by Nancy A. Ruhling
Syrus knows something Wendy doesn't.

When they graduated from college, Wendy worked in the family business, and Syrus came back to New York.

"I flew in the day after I got my diploma," he says. 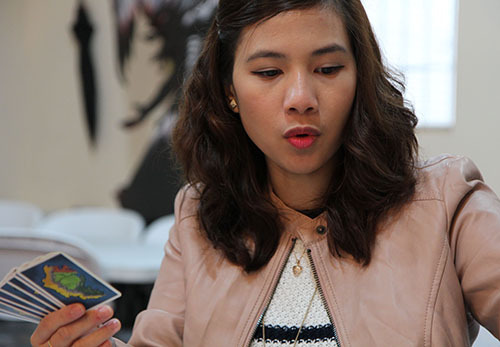 Photo by Nancy A. Ruhling
Wendy plays it cool.

His first job was selling I Love New York T-shirts in a Times Square souvenir shop. At night, he sang in a band.

Then he worked for a fashion company as an accountant. 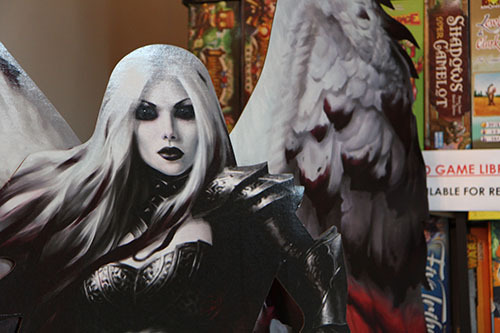 Photo by Nancy A. Ruhling
Magic The Gathering's Archangel Avacyn watches over the shop.

"I wanted to get the experience of being independent," she says. "My family had always sheltered me."

They ended up working for the same company.

"I had applied to an ad and didn't realize it was where Syrus worked," she says. 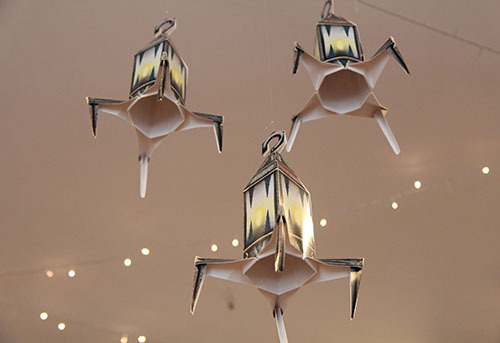 In 2014, seven years after they arrived in New York, they started talking about opening a business.

The Geekery HQ sprang from their collective brains.

Wendy quit her job for six months to get the shop, which had been a deli, renovated and up and running. Recently, she took a full-time position in imports production for a wholesaler that sells everything from clothing to technology.

The out-of-the-box shop, which carries miniature tabletop games, board games, card games and role-playing games, is set up like a communal living room with snow-white plastic tables and folding chairs in the back. 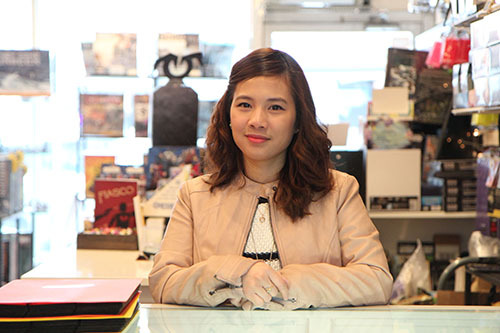 Photo by Nancy A. Ruhling
Wendy wants to build a gamers' community.

A red Coca-Cola refrigerator is stocked with sodas and waters, and there are cookies, chips and power bars to keep the gamers going strong.

In addition to new games for sale, The Geekery HQ contains a lending library with 77 titles.

"We carry hundreds of games," Wendy says. "But they are only a fraction of what's on the market. We curate them and stock the ones that we feel are really good."

So far, The Geekery HQ is ahead of the duo's game plan. 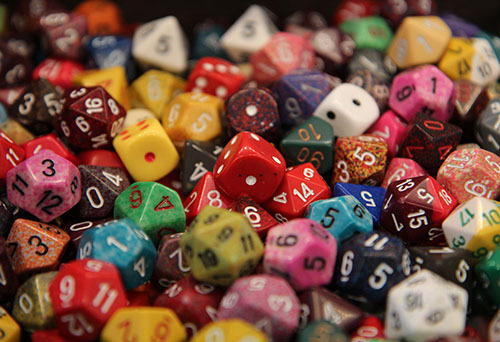 Photo by Nancy A. Ruhling
Let the games go on.

Players from 8 to 50 come from as far away as Brooklyn and Harlem to play an array of games that range from Dungeons and Dragons and the Dead of Winter to Magic The Gathering and Pokémon.

On weekends, more often than not, players get so caught up in the action that they don't want to leave at closing time.

Syrus, who is 30, and Wendy, who is 29, hope that their hard work (and hard fun) will make The Geekery HQ a real winner.

In the meantime, they'll keep rolling the dice.