"The biggest thing about cooking is the story about it," says Bradley O'Bryan Hawks. "The story always makes the food taste better."

In his case, the story -- the spice or slice of life -- starts a little more than three decades ago in the half-teaspoon Midwest white-bread town of Wanamaker, Ind.

Wanamaker had only one stop light, but there were lots of corn fields and farms. Bradley's mother taught high school home economics, and his daddy was a high school coach. 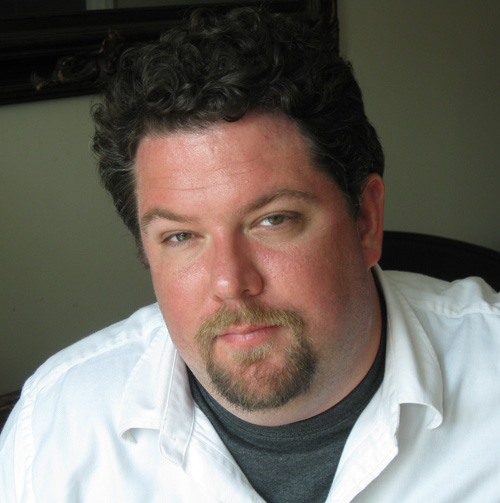 Photo by Nancy A. Ruhling
Bradley went from teaching to blogging.

"My mother's mother grew up on a farm and cooked all the time," says Bradley, who has the big, broad shoulders of a quarterback and the cute curls of a cherub. "When I was little I thought she even made the ketchup and Jell-O from scratch."

There was no reason to go out to dinner; Bradley's parents loved to cook. "My mother had a rule -- we never had the same thing more than once a month," he says. "We always sat down together as a family and ate dinner together every night."

Every Sunday was like a Norman Rockwell Thanksgiving: Bradley, his younger brother, Todd, and the entire extended family gathered at grandma's house for a home-cooked feast she's spent the week preparing. Ardent Baptists, they counted their blessings, holding hands and praying. Then they played Bingo and Yahtzee.

"Meal time was the glue that held our family together," Bradley says.

Bradley, author of the food blog Amuse * Bouche, got his first taste of cooking when he was 8. His mother taught summer school cooking classes, and she enrolled him. Soon, the mother-son team was entering regional and state cook-off contests. "I did it until I went to college," he says. "We'd win something every year." 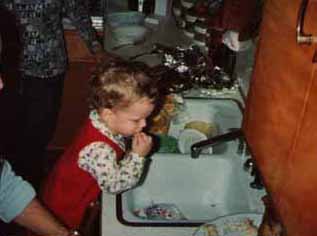 At 3, Bradley was helping out in the kitchen.

If Bradley was good at cooking, he was even better at school. His academic and extracurricular achievements got him a full four-year scholarship to DePauw University, where he planned to major in theater arts.

But after teaching summer camp to autistic children before his junior year, he decided to follow in his parents' footsteps and become a teacher. "I decided to take off a semester to reconsider my future," he says. "I lost my scholarship."

He transferred to the more affordable Indiana University, where he virtually had to start over. "I had gotten credit for a lot of advanced placement courses I had taken in high school, but the university didn't accept them," he says. "It took me another four years to graduate, but I did it with honors."

After reading Jonathan Kozol's Amazing Grace: The Lives of Children and the Conscience of a Nation, Bradley decided he wanted to teach in the South Bronx, where the book's plot unfolds.

"It made me cry," he says. "I sent out my resumes to schools in the Bronx, but I didn't get a single response."

It was at a Bronx job fair that Bradley got an immediate job offer and ended up teaching at one of the elementary schools mentioned in the book. "I've never felt so blessed," he says.

It got to be too much work for too little money, so Bradley took a second job as a part-time cocktail waiter in a Times Square hotel. "I was only allowed $200 for classroom expenses, and I found myself paying out of pocket for a lot of things," he says. "On a good night at the hotel, I could make more in one four-hour shift than I could in an entire week at the school. The hotel fed me and did my laundry, and I didn't have to bring work home with me."

After five years of teaching, Bradley was nearing burnout and decided to take a break. "My family told me to come back to Indiana to teach," he says. "At that time, my brother, mother and father were all teaching in the same school."

But Bradley wasn't done exploring New York City. After picking up more work hours at the hotel, he began writing Amuse * Bouche. "I needed to do something that made me creatively fulfilled," he says. "I have a passion for food and New York City, so my friends urged me to create a food blog." 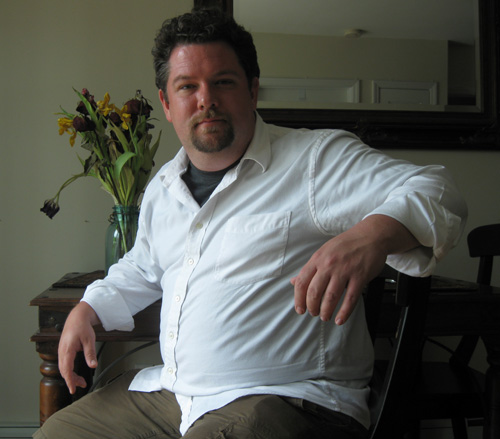 Photo by Nancy A. Ruhling
Food isn't the only topic Bradley wants to write about.

As far as cooking, he plays host at lots of dinner parties. He's pretty much mastered baking -- "I know the balance of moistures and textures" -- and is exploring Italian and classic French fare.

Bradley hopes his blog sets the table as well as the stage for other types of writing. "I want to write humorous, nonfiction, poignant essays about things that have happened to me," he says.

Although Bradley hasn't a clue what his next course will be, he knows everything will fall into place. "I have a really nice life," he says. "And I have a phenomenal group of friends. I love my family and I miss them -- I don't get back to Indiana enough and every Sunday I think about family dinner -- but I don't see myself going back there to live. New York City is very inspiring, and I have a real family here away from home."