Nope, she has taken charge of her career. "I believe in myself," she says. "I know it's a cliché, but I trust that something will happen. I don't know whether I believe in fate and destiny, but I know that something good will come."

She pads across the living room in bare feet and cocoons in the cushions of the couch. Sir Didymus, an orange and white Pekinese-Sheltie powder puff on speed, pounces after her and does a feisty flying-fur dance around her. She coos to him with a couple of well rehearsed lines, and seduced, he calms. 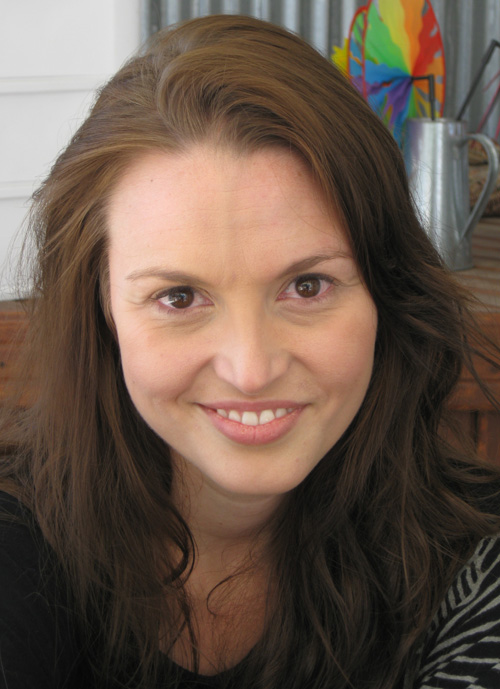 Photo by Nancy A. Ruhling
The magic mix for Emma is acting and Pilates.

So far, what Emma has made happen are a theater production company and an in-home Pilates studio. The Collective Theatre Company gives her control of her career, and the Pilates studio, where she gives private lessons, provides her with mind, body and financial fitness.

"As an actor, you are a pawn in someone else's vision, so the theater company allows me to choreograph my own productions and have more power over my career," she says. "Like performing, Pilates is a great way to reach out to people and engage them and educate them about what they can do for themselves."

The most daring act she has performed for her career so far was making America her main stage. She came all the way from Australia.

You see, Emma's father is Italian. When he was 11, he immigrated to Australia. When he was studying Down Under to be a doctor, he met her mother, a nurse. They worked in the same hospital. His training took the couple to London, where Emma was born. Before she celebrated her first birthday, they had re-established themselves in New South Wales' Dubbo, which Emma describes as "the largest rural city before the Outback." 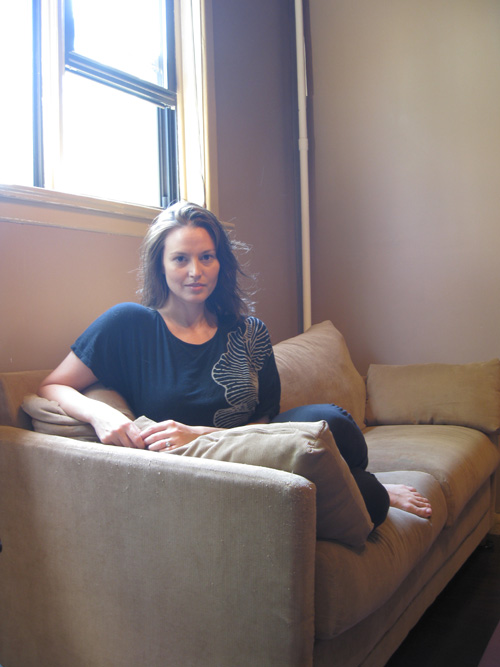 Photo by Nancy A. Ruhling
Emma came to New York from Down Under.

When Emma, a classic beauty with bewitching brown-black eyes, says "Outback," it's as if the words are made of milk and honey. Her Aussie accent doesn't allow for pedestrian pronunciation, even when she's telling Diddy to mind his doggie manners.

There wasn't much to do in Dubbo of an entertaining nature, so it was lucky that Emma's grandmother had a ballet school. Emma watched the little dancers since before she could walk, and by the time she turned 4, she was at the barre.

"I can't remember a time when I wasn't taking lessons," she says. "I felt immediately comfortable on stage. It made me really happy."

Soon, she was devoting all of her time to dance and Pilates, which she used to ease her injuries. "I used to dance around the living room with my little sister," she says. "We would put on the CD player and make up our own dances. I knew I was destined to become a professional dancer." 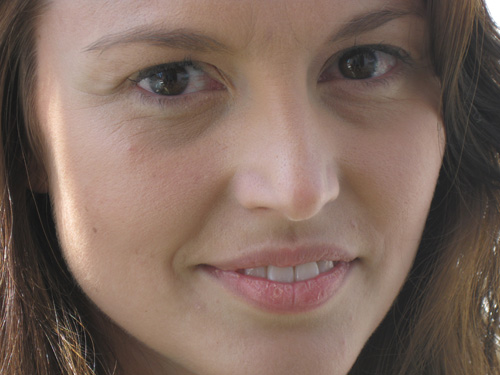 Photo by Nancy A. Ruhling
When Emma gave up dancing, she turned to acting.

So she enrolled in a performing arts high school then went to the Western Australian Academy of Performing Arts, Australia's Julliard, and earned a college degree in dance.

"I realized that I was fighting my body -- I kept getting Achilles tendonitis -- and one day when I was 20, I said, 'I have a choice. I don't have to do this,"" she says. "That's when I started taking acting lessons. I was the big moment in my life."

After studying acting in Australia, she decided to attend Manhattan's Neighborhood Playhouse School of the Theatre, where Robert Duvall, Chris Noth and Tony Randall, among others, learned the Meisner technique. 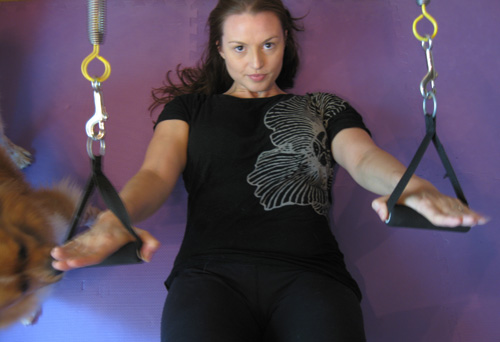 Photo by Nancy A. Ruhling
Emma in her in-home Pilates studio.

Emma didn't so much choose Astoria as it selected her: One of her friends had moved here shortly before she did in 2005. That's when things started to take shape. She met her husband, an actor, in class.

Her routine isn't routine. In between giving private Pilates classes and teaching at an Equinox fitness center in Manhattan, Emma goes to interviews, and more's the pity, diligently practices her American accent. 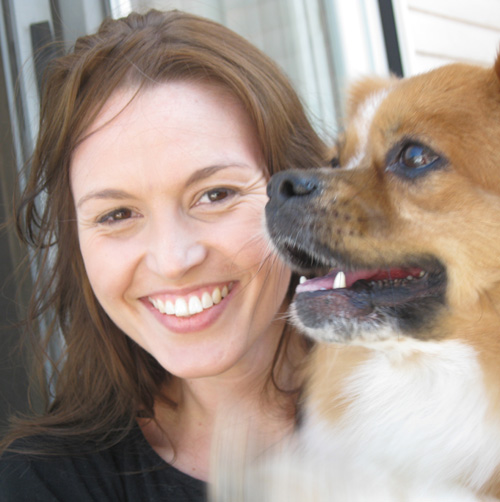 Photo by Nancy A. Ruhling
Wherever she is, Emma puts on a happy face.

"Acting is a tough industry," she says. "You're always getting rejected. I keep reminding myself that the rejections are separate from who I am. It's always something like you're hair is wrong, you're height is wrong, or they changed the character from a girl to a guy."

Emma isn't seeking celebrity or stardom; she'd be perfectly happy to have a steady stream of parts. "I'd like to go from stage to screen," she says. "My career has been varied. During my 20s, I've spent my time gathering information; I'm sure things will come together when I'm in my 30s."