It would be flip to say that it was a toss of the coin that landed Jennifer and Frank Greco at Astoria Coins & Collectibles. 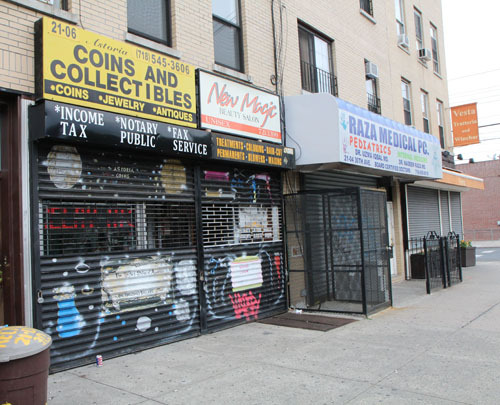 Photo by Nancy A. Ruhling
Astoria Coins & Collectibles has been in business 65 years.

But it wasn't much more complicated than that. The owner was going to relocate to New Jersey after a 15-year-long home run, and Jennifer and Frank were newlyweds in search of jobs in a deep recession.

"My father was a collector, and he used to take me to the shop when I was a little girl," Jennifer says. "He suggested we buy it. I've always loved coins, so it was a natural fit."

Frank, well, the only coins he had interest in at that time were the ones he was spending. But if Jennifer wanted to spend her time and money working there, it was fine with him. 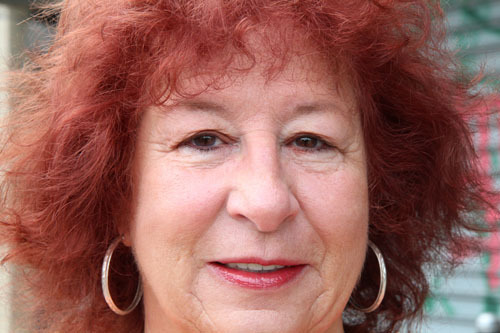 Photo by Nancy A. Ruhling
Jennifer frequented the coin shop as a child.

That was 39 years ago. They haven't thought about any of this since the days when a dollar bought you two cups of coffee and $10 a day got you a grand tour of Europe.

The Jennifer and Frank Show has been running nearly a half century, and the shop, at 65, has become eligible for retirement benefits.

Jennifer, whose curls are the color of a polished penny, and Frank, whose head shines like a newly minted silver dollar, met when they were working for Key Food on 31st Street off Ditmars Boulevard. She was 15; he was barely 19.

Lust -- and their Italian heritage -- drew them together. 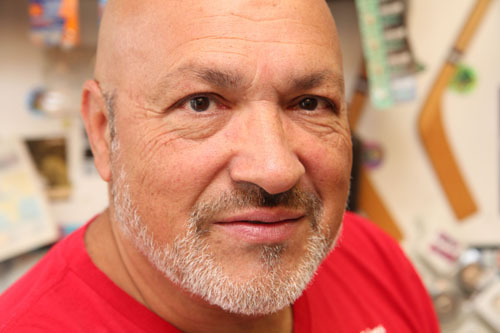 Photo by Nancy A. Ruhling
Frank came to America from Italy when he was 9.

Jennifer was born in Astoria to non-immigrants, and Frank was imported to the neighborhood from Calabria when he was 9. It was a tough transition because he couldn't speak a word of English.

She says it was love at first sight; he's not so sure, so she playfully pats his pate until he agrees to remember it that way.

Thus stimulated, Frank recalls making out with Jennifer in the food store's back room. 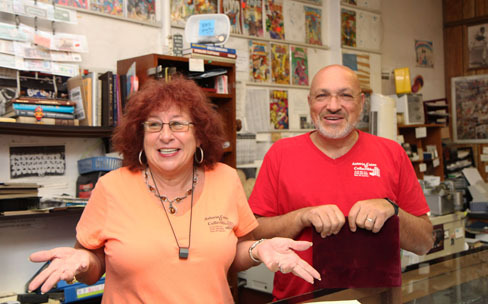 Photo by Nancy A. Ruhling
They took over the shop 39 years ago.

Jennifer feels the heat of that moment. She suddenly starts fanning herself with her hand and grabs the AC control. She makes the room 20 degrees cooler and Frank shiver.

They went to Baruch College together -- Jennifer graduated from high school early to be with Frank.

They got their wedding bands two weeks after they got their diplomas. Jennifer, who went on to earn a pair of master's degrees, took to teaching.

Frank continued at Key Food and eventually crafted a career in the airline industry. 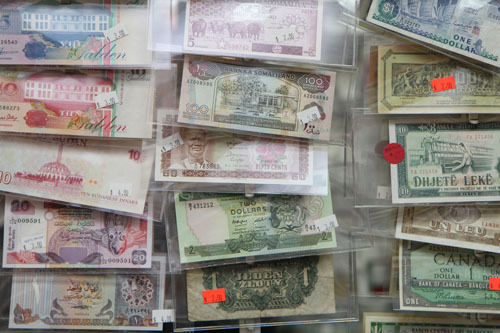 Photo by Nancy A. Ruhling
Money does grow on walls.

Once they took over the store, they went back to school to study numismatics.

In the beginning, Jennifer ran the store, and Frank filled in after his regular-job shift. Eventually, Jennifer got a job with the New York City Board of Education, and Frank took over at Astoria Coins & Collectibles. Two years ago, when Jennifer retired, she returned.

"In one day, I went from being president to janitor," say Frank, grinning. 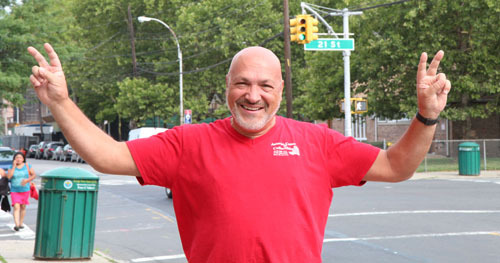 Photo by Nancy A. Ruhling
He's winding down instead of retiring.

Laughter, she says, is the secret to their long marriage.

Frank cracks that it's not jokes but deafness, as in I-do-not-listen-to-anything-Jennifer-says, that is the key.

As she has been doing for 40 years, Jennifer just rolls her eyes. 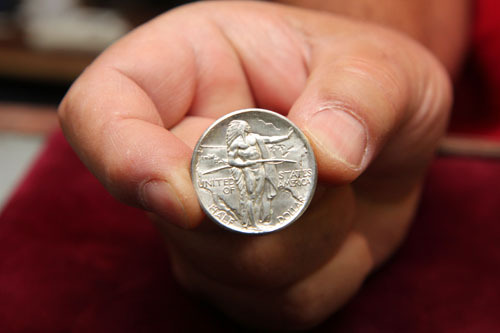 Photo by Nancy A. Ruhling
A 1926 Indian Oregon Trail Commemorative half dollar.

Trudy, their 9-year-old German shepherd/boxer mix, shares the counter with them. It is she the blood-red "Beware of Dog" sign on the front door refers to.

Coin collecting, as Jennifer and Frank see it, is a thrilling pursuit. It's the hunt for the unusual, like the 1937 three-legged buffalo nickel and the 1955 double-die cent, that keeps them circulating on the currency circuit.

"We have our own collection, and there are still coins we are looking for," Jennifer says. "I'm not going to tell you which ones they are because then everyone will be searching for them."

Frank and Jennifer are well aware that all things must pass, even the coin shop. 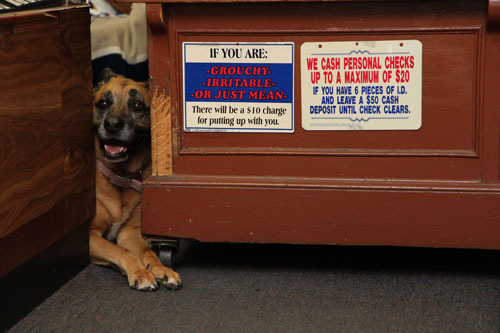 Up to this time, they have had good fortune, but these days when Bitcoins bring more bang for the buck, mom-and-pop coin shops such as theirs are as scarce as a 1933 Saint Gaudens double eagle $20 gold piece.

That's why collectors come from all over the metro area, as well as New Jersey, to buy the routine as well as the rare.

To make things work, they have had to expand their inventory. Astoria Coins & Collectibles also sells baseball cards, comics, medals, currency and tokens. The fun, Jennifer and Frank throw that in for free. 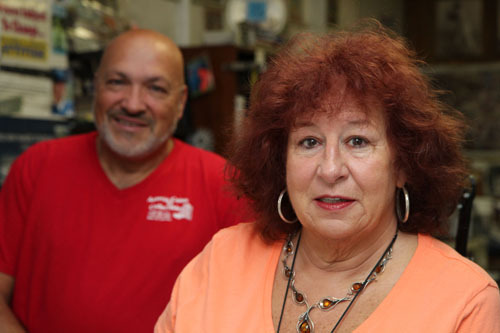 Photo by Nancy A. Ruhling
Jennifer and Frank at their posts.

They are in their 60s, and in the last year, they have begun to make some adjustments. Frank says emphatically that they are not going to retire, they are simply going to wind down like old clocks.

They no longer do shows and street fairs, and this year, Frank ended the tax-preparation side of the business. They are only working four days a week and someday soon may cut back to three.

"The time off is nice," Frank says. "But I wouldn't want to do it seven days a week."

Frank and Jennifer have two grown sons and a daughter, who is finishing college. They don't know whether they will be handing the keys to the coins down to them.

Heads? Tails? It's a tossup.