Ladies and gentlemen, let me introduce to you the one and only Brian Golub. He can talk like a real trooper (in a BBC British, Cockney, East Asian, French, Irish, Italian, New York, Russian, Scottish, Southern or Spanish accent). He can swim like a swan (butterfly, breaststroke or freestyle, your choice). He can juggle like a circus clown (yes, he does do schedules, too). And he can balance like an acrobat (time him holding tree pose, flying crow or full lotus handstand). 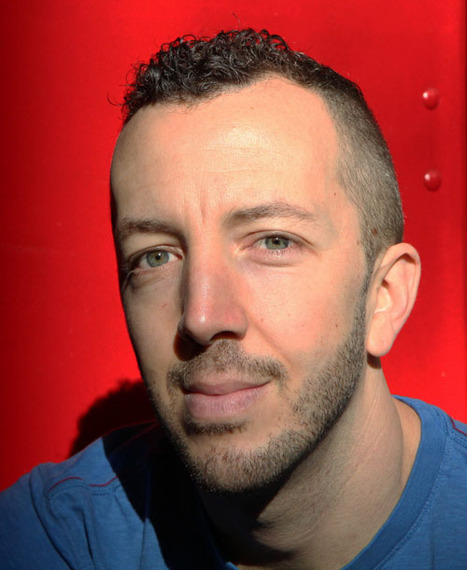 Photo by Nancy A. Ruhling
Brian's a song and dance guy.

Brian was born to be a song and dance man, and he'll do whatever it takes to take the stage. But his very vocal chords and tapping toes are only the tips of his talent.

If he has to or is asked to, he can skip rope like a school kid, make a Hula-Hoop go loop-de-loop, dive spread-eagled from high in the sky, paddle a Ping-Pong ball or a canoe and slam the 8 ball into the side pocket.

That's not all, folks. He can eat fire in a single swallow. (It's a cinch, he says. If he does get burned, he can always heal himself with reiki.) 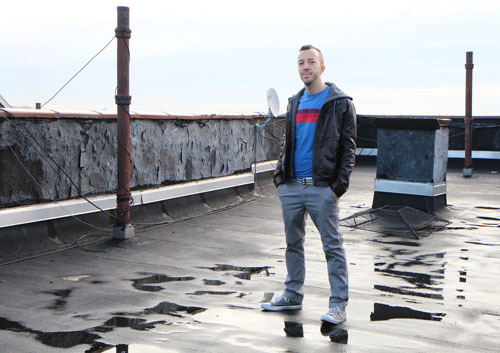 Photo by Nancy A. Ruhling
He's not in Arizona any more.

Brian has hazel eyes and short brown hair; he's 5 foot 9 and weighs 140 pounds. Those are the forgettable facts listed on his professional bio, the calling card he carries on his countless cast calls. It's up to him to make the stats stand out.

Brian, who grew up in Arizona, has honed his survivalist sideshow skills over the last 15 years. 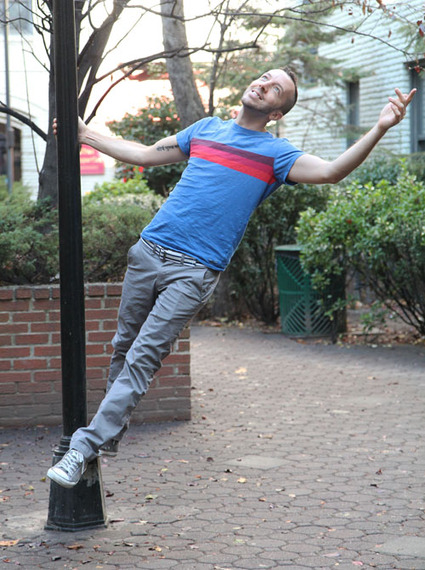 Photo by Nancy A. Ruhling
Brian putting on his Gene Kelly.

"I drove across country with a friend," he says. "I moved here to be on Broadway, and I will be on Broadway before I leave this city."

Being on stage for Brian is as elemental as breathing. 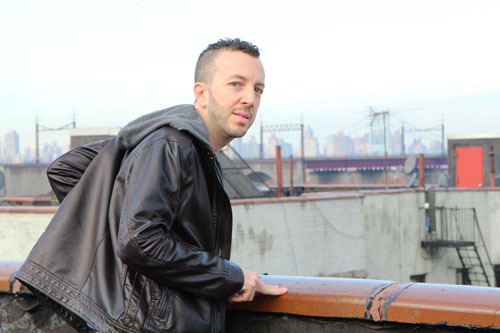 Photo by Nancy A. Ruhling
Life's stage has led Brian to many different places.

"I love the instant energy of live performances," he says. "When you feel the crowd respond, it feeds your soul. It's fun to make people laugh and cry and change their lives."

It would have been so easy if Brian had landed The Big Part right away, but he concedes that it sure would not have been as much fun.

Although he has had steady stage work -- he travels around the country performing in musicals (he's playing the singing brother Reuben in the upcoming national tour of Andrew Lloyd Webber's Joseph and The Amazing Technicolor Dreamcoat) and had a feature role in the 2010 rom-com When in Rome -- he's had to fill in the gaps with work of his own making.

That's why he started a production company that creates theatrical flash mobs, webisodes and parodies, and that's what got him started teaching yoga. Recently, he opened a wellness company, and in his real-life role as an ordained minister, he's married many a couple. 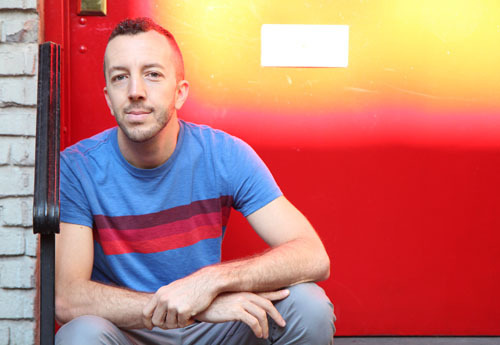 Photo by Nancy A. Ruhling
His heart's always on the stage.

"Auditions are hard work," he concedes. "I've been in ones that lasted from 11 a.m. to 6 p.m., and of course you don't get paid to do them. I've been asked to do a lot of crazy things. The craziest was singing in the nude."

That buff request was for the Off-Broadway production of Naked Boys Singing! Did he get that part? 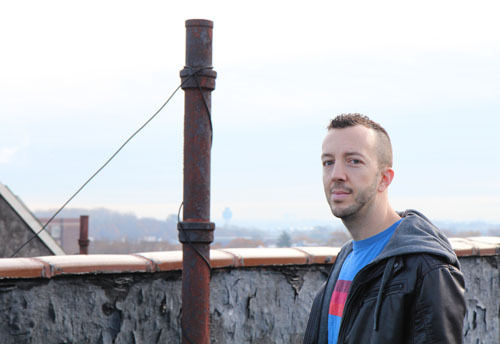 Photo by Nancy A. Ruhling
He loves his work and all of his jobs.

Speaking of bare bodies, would you like to see his tattoo? It's a line of Sanskrit that runs down the inside of his right arm like a river. The curly characters spell out his name, Brian, which stands for strength and virtue. To this is added the word "compassion." It pretty much sums up how Brian lives his life. 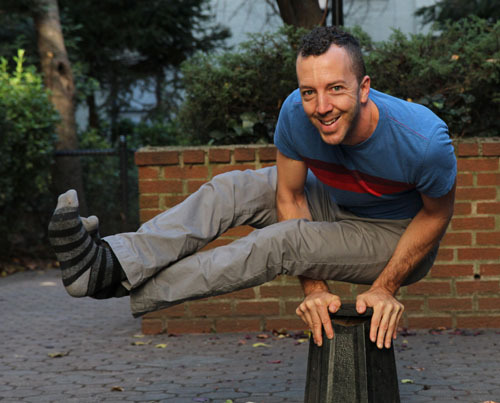 "I'm trying to leave the world a little better than I came into it," he says, adding that that's why his stage work and spiritual work are so important. "There's a healing side to what I do that helps me connect with people."

It is yoga that grounds him.

"It brings me back to reality by taking me out of the craziness of the acting world," he says. 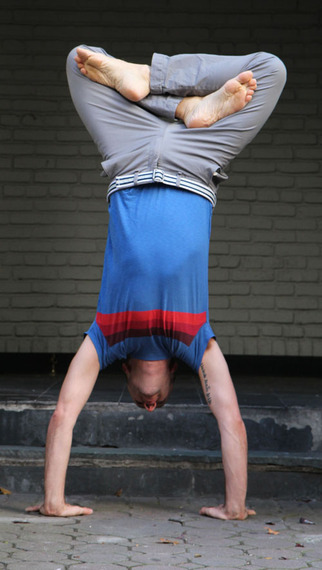 Photo by Nancy A. Ruhling
It's all about the breath.

What with all the roles Brian plays on and off the stage, it's hard, even for him, to find himself. So will the real Brian please stand up?

He doesn't budge from the couch. He brings his knees toward his chest and hugs the pillow for dear life. 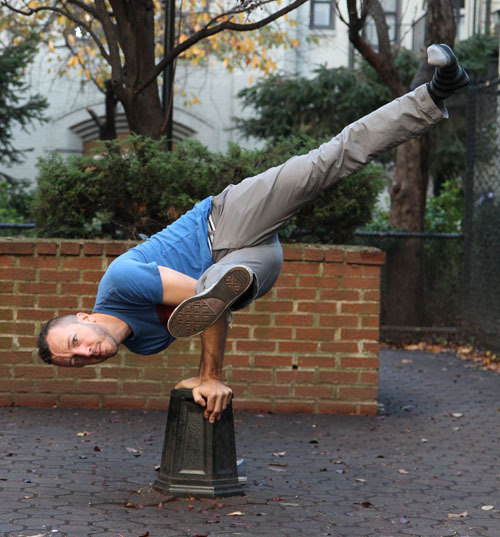 Photo by Nancy A. Ruhling
Brian, can you turn a little more to the left?

"I'm still discovering who I am," he finally says. "I do so many things that my friends tell me my name should be Jack. As in 'of all trades.' Who am I? Let's see, I'm a goofy guy, an actor, a singer and a yoga teacher. I'm also a haircutter -- I do my own hair."

Time has been playing tricks on Brian. He can't believe he just turned 38. Nobody has ever asked him to play a grownup.

"I'm still a kid figuring out what I want to do with my life," he says. "I'll be here until I hit Broadway. After that, I'd love to go to LA to explore TV. It's a lot closer to my family. And one of my goals is to do more recording and composing and more backup singing." 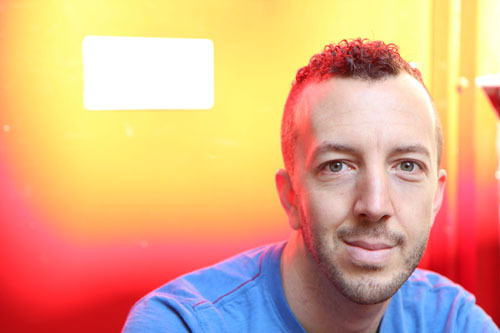 Photo by Nancy A. Ruhling
Coming to a stage near you.

There's so much more to learn. Brian's been brushing up on his tap dancing, and he's thinking about taking classes in massage therapy. It would go well with the yoga and reiki.

Of course, he could change his mind about any of this at any time, and that thought makes him exceedingly happy.

"I think I'll be performing a long time," he says. "It will always be part of my life."

And if he never makes it to Broadway, he can crochet baby blankets. He has gotten pretty good at it.