Nearing the end of a yearlong mission in space, American astronaut Scott Kelly gave Mother Earth a diagnosis based on what he's seen from his vantage point 250 miles above the blue planet.

In short, areas of the planet look sickly and its fragile atmosphere must be taken care of.

Kelly's comments came during a recent satellite interview with CNN, in which the network's chief medical correspondent, Dr. Sanjay Gupta, asked the astronaut to describe the health of the planet as if he were looking at a human body.

Certain areas, specifically parts of Asia and Central America, Kelly said, are covered in a "haze of pollution" and "look kind of sick."

This is a good example of the air pollution that exists across large parts of Asia. #YearInSpace pic.twitter.com/GdVd3GSdJ2

As for Earth's atmosphere, Kelly said he wouldn't go as far as to say it looks unhealthy.

"But it definitely looks very, very fragile, just kind of like this thin film," he told Gupta. "So, it looks like something that we definitely need to take care of."

Kelly, 51, has spent more than 500 days in space over the course of his career -- more than any other U.S. astronaut in history. He is the commander of the International Space Station and is scheduled to return from his current yearlong mission on March 1.

See below for Kelly's full interview with CNN, in which he discusses his own health, the challenges of human missions to Mars and his views about private space travel. 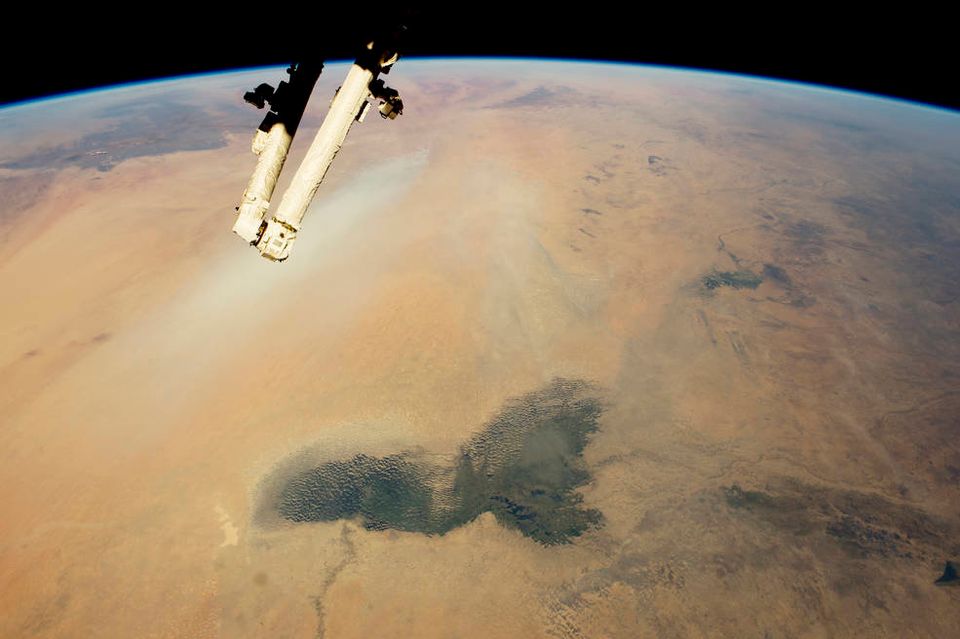