What does an astronaut eat before a historic blastoff into space?

Colonel Mike Fincke, who boarded Space Shuttle Endeavour for its final flight on Monday, tweeted a photo of his last meal ahead of the launch.

Fincke's epic meal, which he tweeted a photo of at around 5AM ET, included two lobster tails and a baked potato.

Because of the early morning launch, the astronauts were operating on a modified schedule. Finke tweeted at 4:30 p.m. ET on Sunday afternoon that the astronauts were going to sleep before their big day, which began after midnight. They dined just prior to suiting up.

Take a look at Astronaut Fincke's tweet and his breakfast (below). Then, view photos of Endeavour's launch, as well as iconic images from the shuttle's past.

RT @AstroIronMike: My special send off meal http://t.co/cx1O6jbless than a minute ago via web Favorite Retweet ReplyNASA 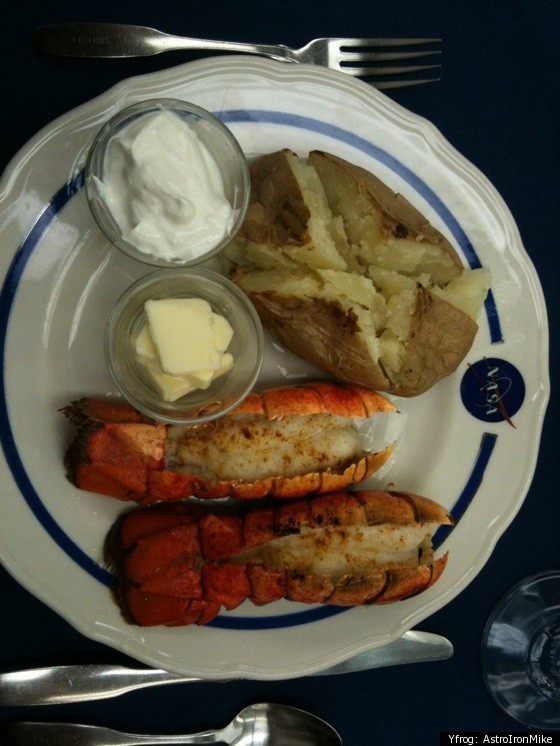