Technology has the enviable ability to revolutionize for-profit business, non-profit impact, and everything in between. A recent study conducted by the Pew Research Center entitled "Cell Phones in Africa: Communication Lifeline" found that today cell phones are as common in South Africa and Nigeria as they are in the U.S. According to Mashable, an estimated 5 billion people will use mobile phones by 2017.

The version 2.0 of the AsylumConnect catalog is now live for the Seattle area. The catalog 2.0 features new search functions and improved visuals. It also includes an updated verification model aimed to better ensure that each resource listed is able to accommodate LGBTQ asylum seekers. The resources listed in the new catalog underwent a standardized and more comprehensive verification screening. Specifically, the AsylumConnect team strives to verify that each resource listed is: 1) active, 2) friendly to LGBTQ community members, and 3) will serve LGBTQ asylum seekers. 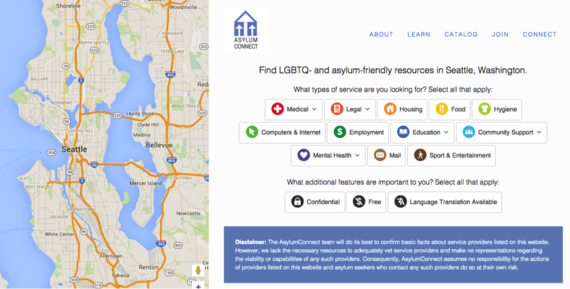 2. New and improved subcategories will make it easier for users to find the resource(s) they are looking for 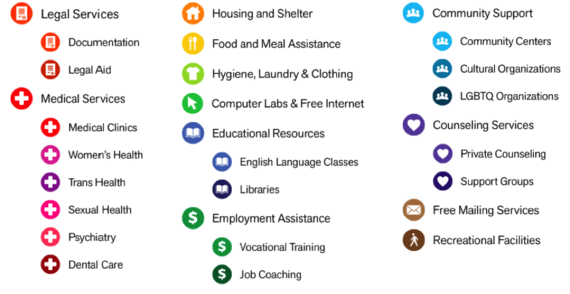 4. User is able to browse a list of relevant support groups in the Seattle area

5. User can then select a specific resource to find out more information. Resource will expand with additional information (such as description, population served, location, mailing address, email, website, etc.)

The launch marks the beginning of a testing and observation period during which AsylumConnect staff will assess the efficacy and accessibility of the catalog, and engage with users to guide quality improvement. Lessons from this pilot will be applied to future versions of the catalog, and eventually towards expansion of the catalog into additional U.S. cities.

The long-term vision of AsylumConnect is to harness the power of technology to transform how LGBTQ asylum seekers connect with basic human needs service providers in the U.S.