My father once gave me a Don Quixote statue: an iron figure without a base, it had burned during a fire at his house over Christmas break in 1985. It was one of the few visits we made to his home after the divorce. We had spent the holiday with my stepmother Helen and my father in Canada. We didn't really get much love, attention or gifts, for that matter, and then came back to his home in Potsdam to find fire trucks around the smoldering structure.

The statue, which I plunked into a red Pacifica Mexican Cocoa candle so it could stay upright, reminded me that I too was on a quest. Every day I would go on a diet. Every night I ended in failure. On some level, I wished climbing Kilimanjaro would end that cycle.

It wasn't so wrong to help yourself while on a quest to do good. After all, I was hiking the mountain for myself, but also for AIDS orphans. Like Don Quixote, I was trying to slay giants and chase demons over the hill, except my windmills were the pounds on my body.

Being a plus-size person was its own kind of insanity. I was locked in a cycle of continually starting diets, but never being able to seal the deal. It was an internal battle that consumed me from the moment I woke up. If only I could get it together, I often thought.

Sometimes I wondered if everyone thought I was mad for taking on Kilimanjaro.

If I was, I told myself that it wasn't so bad having something that I felt I must do. Other than the obvious must-do of shedding pounds, eating celery instead of cream puffs, the mountain was something I had to overcome. Sometimes, you have to listen to your heart to figure out where to go.

Crazy or not, fat or not, I didn't want to wake up one day filled with regret. I wanted to be a climber, a member of the club, even if I wasn't a good fit. Even if it meant becoming a crazy-ass person, hiking a mountain I had no place on. 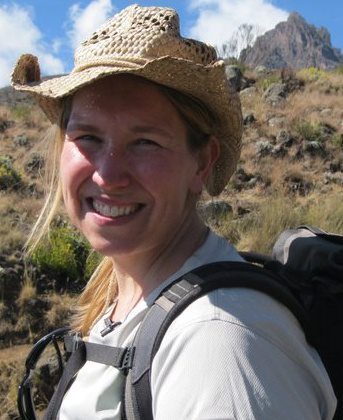 But what if it didn't? What if everything remained exactly the same?

What if this was just a vacation, the same as any other? A mere blip in my routine. Like the six weeks I'd vow to lose weight before a wedding, a reunion or any other gathering where I didn't want people to be whispering about my weight. I had this hurried sense of trying to get it right, of being on a deadline to get thin. I couldn't live like this anymore. It wasn't so much about the weight. The hardest part was the way I treated myself. The way I carried it all with me.

What if I could leave it here on the mountain?

Hikers typically work under the premise of leaving no trace, but I wanted to drop my metaphorical rubbish all over the mountain and let it float away in the wind. But maybe it wouldn't work that way. Maybe my weight would always be part of my story. That didn't mean I had to keep punishing myself for my past.

I needed not to feel less than others. I needed not to beat myself up with food. I need to nourish my soul, my body, my mind. Not with juice detoxes, but with tasty raspberries. Walks filled with laughter. Lovemaking with my husband. Love in general.

Did I have it in me? Would I lose it when I wasn't forced to think about it, as I was on this mountain?

I needed some kind of epiphany -- a sermon on the mount, with a tablet filled with life tenets to help me move forward, but not another diet book. I would have to create my own rules. I knew this for sure: the unhealthiest thing I could do was keep thinking this way about my body. I had to learn to be OK with who I was.

I fantasized about starting over and emptying out my cabinets the way I saw people do on reality diet shows. Kale. I could love kale. I would love kale.

I had to start whole as a complete person, as someone worthy of treating herself well. The sum of my parts -- even the jiggly ones -- made a greater whole.

I didn't want this journey, this final trip up the mountain, to have been for nothing. But all I could do was keep walking and see where the road took me. I had to see where I could go carrying all that I did, even if the hardest part was still ahead of me -- even if it meant going back down the mountain again.

Excerpted from Gorge: My Journey Up Kilimanjaro at 300 Pounds by Kara Richardson Whitely. With permission from Seal Press, a member of the Perseus Books Group. Copyright © 2015.

At 300 Pounds, I Decided To Conquer Kilimanjaro
Body Image Heroes