Climate change is the biggest problem we have ever had to face, as communities, countries and the planet. This means it is an expensive problem given that adjusting economies to limit greenhouse gas emissions costs money; so too does adapting agriculture, water use and coastlines.

Developing countries, of which most of Africa is a part, just don't have that kind of money. That's the main reason global climate deals, which culminated in the Paris Agreement last year, have stipulated that developed countries need to come up with USD100 billion a year by 2020 in "climate finance" for developing countries.

Climate finance alone will not resolve the climate crisis, and some experts say USD100 billion will not be sufficient. But the USD100 billion target is extremely important for African countries. At this year's global climate talks (COP22) in Marrakesh (Morocco), it is vital that countries finalise the recently published "roadmap" showing how the target will be reached. 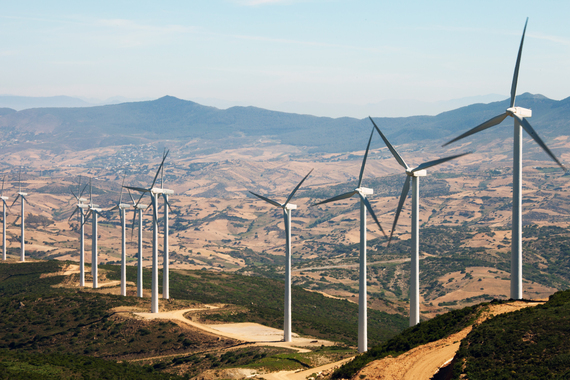 African countries need to know when the funds will be available so that they can confidently plan their transition to a low-carbon economy and use the funds to attract co-financing. Indeed experience suggests that predictability is good budget practice.
For all these reasons, it is vital that all developed countries contribute their part of the USD100 billion. But there is much more that needs to be done for Africa in particular; it is to ensure that climate finance is adequate and serves its purpose. Indeed a lot more countries and institutions need to mobilise financial resources, and the international climate financing architecture needs reform and adaptation to enable a flow of a fairer slice of climate finance.

While developed countries are taking the lead in mobilising climate finance under the Paris Agreement, the pact encourages other parties to provide such support. Emerging economies such as China and Brazil have a major responsibility to contribute; so does the private sector.

Multilateral development banks also have a crucial role to play. They need to dedicate funds to climate action and ensure that climate considerations are woven through every policy and project funded. In Africa, the African Development Bank has made a good start in promising to "climate-proof" its projects. It needs to keep a close eye on how well the funds are contributing to the low-carbon transition and helping communities and households adapt to the effects of climate change. The same goes for other regional development banks.

Another task for COP22 is to rethink the international climate financing architecture, which suffers from fragmentation and chronic under-financing. As the Africa Progress Panel (of which I am a member) pointed out in its recent report entitled Power, People, Planet: Seizing Africa's Energy and Climate Opportunities, there are now 50 climate funds in operation. Africa's needs are poorly served by such a labyrinthine system. Modest funding has been transferred through overly bureaucratic delivery structures that combine high transaction costs with low impact. Most finance has been earmarked for small-scale projects rather than national programmes.

This is especially troubling when it comes to adaptation, in view of the fact that African governments face major costs from adapting to climate change. Sea levels are rising and threaten millions of people in coastal communities. Increasing temperatures, severe weather conditions and shifting weather patterns threaten agriculture, tourism and energy supply. For these reasons, global climate agreements have long called for an equal allocation of finance between mitigation (reducing emissions) and adaptation. But in 2013, only less than one quarter of global climate finance (about USD25 billion) went to adaptation.

The total amount of finance available for adaptation is also woefully short of what is needed. The United Nations Environment Programme estimates that adaptation costs in 2030 are likely to range between USD140 billion to USD300 billion per annum. In other words, in order to meet financing needs and avoid an adaptation gap, the total financing for adaptation in 2030 would have to be approximately 6 to 13 times greater than today's international public financing.

The Green Climate Fund, which has recently been operational, needs to play a significant role in financing adaptation, as it seeks to reach an equal split between adaptation and mitigation.

The good news is that there is widespread recognition of the magnitude of the problem faced, and of the need to join forces against it. At COP22, this recognition must be transformed not just into promises, but into action too.

Linah Mohohlo was Governor of the Bank of Botswana since 1999 until recently (October 2016) and is a member of the Africa Progress Panel that is chaired by the former Secretary General of the UN, Kofi Annan.