On three out of every five days this year, Wall Street's leading firm has made at least $100 million trading stocks and bonds, and creating and entering into derivatives contracts.

The documents show just how much of a trading firm Goldman Sachs has become since the financial crisis mushroomed in September 2008. The firm generated about $4.5 billion in pre-tax earnings off trading and investments during the third quarter, compared to a $761 million loss in the same period last year. 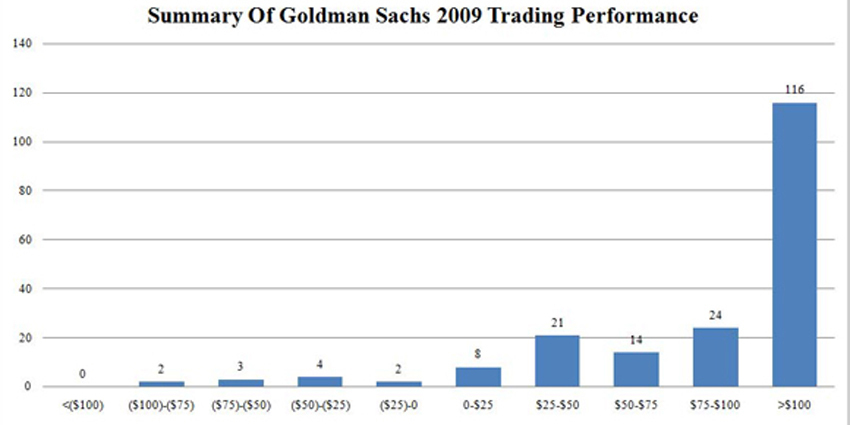 Income from other segments of the firm has dropped. Through the first nine months of the year, the firm earned about $1.3 billion off investment banking and managing assets for clients; during the same period last year the firm earned $3.7 billion from those same activities.

As the influential financial blog Zero Hedge puts it: "When a firm's trading performance challenges not only all preconceptions of realistic trading, but also of statistical distributions, one can merely stand back and watch in awe." 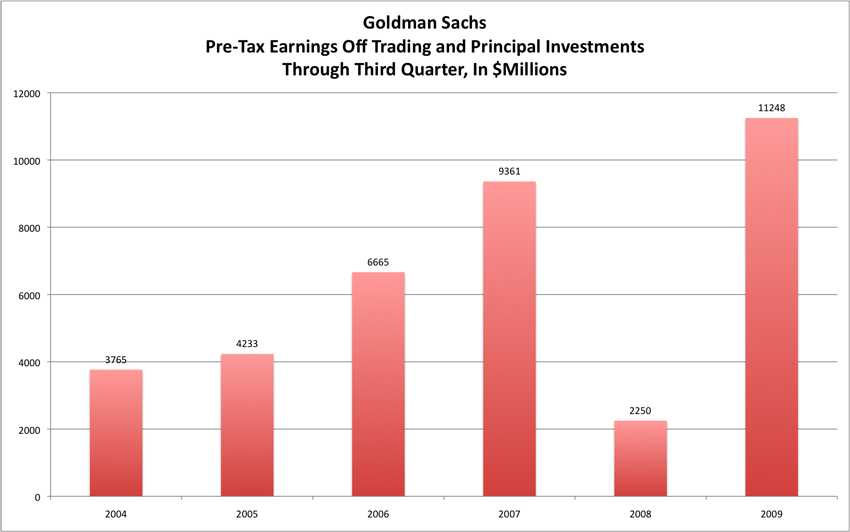