Fertility testing, once confined to doctor’s offices and reserved for people struggling to conceive, is becoming more accessible, thanks to startups that aim to educate young women about their bodies before they possibly face infertility.

With pop-ups in trendy New York neighborhoods and a cheerful Instagram feed, a startup called kindbody bills itself as the “future of fertility” and offers women a chance to “live a life of no regrets” by giving them the information they need if they are considering whether to freeze their eggs.

Modern Fertility, another startup, ships finger-prick kits so women can take blood samples at home and send them in for hormone analysis. When the results come in, an algorithm (still in beta mode) combines them with a woman’s lifestyle factors to create a fertility score.

Those are just two of the dozens of fertility-focused companies winning funding from venture capitalists. Kindbody was initially funded at about $2 million and Modern Fertility at $6 million. Along with companies that analyze genetic markers for infertility or offer fertility insurance coverage or apps to track fertile times of the month, this sector of the personal health market is expected to grow to $21 billion by 2020, with a compound annual growth rate of 9 percent from 2018 to 2022, Fast Company reported, citing research from Technavio.

But the accessibility of these startups is the very reason women should have their guard up, say reproductive health experts and consumer protection advocates.

Fertility is complex and multifaceted and is dependent on both the male and the female partner. But the startups, which primarily market themselves to single young women, typically start off with a single blood test, which can’t provide much actionable information to change a person’s ability to get pregnant.

The tests used by these startups measure a variety of hormones. The most crucial one is the anti-Müllerian hormone, which is secreted by ovarian follicles, which contain immature eggs. The higher the AMH level, the more eggs a woman has, the thinking goes, and the more likely that they will respond to fertility treatments that stimulate egg production for freezing or in vitro fertilization.

The AMH test is part of a typical fertility work-up ordered by a doctor’s office, but a physician usually performs several other evaluations before offering insight that helps a patient make a major medical decision.

The doctor might also offer ultrasounds and saline tests to see whether the fallopian tubes are blocked and if the uterus is shaped normally ― both of which indicate that an egg can travel from the ovaries to meet sperm and then grow in the womb.

Male partners need to have their sperm analyzed for shape, speed and quantity, though men typically do so only after a couple struggles to conceive.

Relying on AMH testing alone doesn’t provide meaningful insight into how easy or difficult it will be for a woman to conceive. Research published in 2017 found that women with low ovarian reserve, as measured by AMH and other hormone tests, had no more difficulty conceiving within a year than women with high ovarian reserve.

In other words, unless a woman comes up with an AMH reading so low that she’s in that 1 percent of women who have premature ovarian failure (early menopause), the AMH level doesn’t mean as much.

“Women might be falsely reassured,” said Dr. Lisa Grossman Becht, the director of egg freezing and oncofertility at the Columbia University Fertility Center in New York. “While it might be helpful for them to know they have a good AMH, it means nothing in terms of other fertility issues that might make it harder for them to get pregnant.”

Conversely, women may have a low AMH level but have no problem conceiving, said professor Jody Lyneé Madeira, an expert on assisted reproductive technology and the law at the Maurer School of Law at Indiana University in Bloomington.

She is most concerned that women without insurance coverage may use a trip to a fertility pop-up as a substitute for health care and then feel pressured to invest in a costly procedure like egg freezing to shore up her fertility chances.

“My impression of the marketing, if I just had to characterize it anecdotally, is that it’s kind of like a scare tactic in the guise of information,” said Madeira, casting the companies’ pitch as “Know your fertility before it’s too late.”

Many other consumer medical tests, taken outside a doctor’s care, faced similar criticism when they first appeared. When the first at-home pregnancy test was approved by the FDA in 1976, doctors questioned the need for the product and said women didn’t have enough technical training to follow the kit’s instructions and interpret the results accurately.

While not a perfect comparison ― pregnancy tests provide binary results that don’t require interpretation from a doctor ― the convenience, privacy and degree of autonomy the pregnancy tests give women are in the same spirit of self-empowerment that the founders of kindbody and Modern Fertility say they celebrate.

In interviews and on their websites, both startups say their goals are to demystify fertility with education and to help women feel more in control about their bodies and choices. And both companies are upfront about the fact that fertility can’t be predicted with a single test.

“We’ve learned through our focus groups that many women are intimidated or overwhelmed about starting the process,” said Joanne Schneider, a co-founder of kindbody. “The single biggest factor in your fertility is age, so the longer you wait, the less optionality you have.”

“What we pride ourselves on as a company is helping women understand exactly where the science is right now,” said Ashton Vechery, the CEO of Modern Fertility.

Despite the risks, Madeira suggested that there is a strong case for these at-home fertility kits to level the playing field between patient and doctor or to confront a doctor about suspected lapses.

In her recent book Taking Baby Steps: How Patients and Fertility Clinics Collaborate in Conception, she tells the story of a couple that saw a urologist for infertility, but the doctor refused to order a sperm analysis test. So the couple bought a home kit that indicated the man’s semen didn’t have enough sperm and presented the results to the urologist, who was shocked.

“He was just flabbergasted and mortified,” the woman says in Madeira’s book. “He was like, ‘They were taking things into their own hands,’ and I was like, ‘We got the correct result, did we not?’”

Because Modern Fertility and kindbody use FDA-regulated labs to analyze customers’ blood samples, there’s no higher risk of inaccurate test results compared with blood drawn at a doctor’s office.

But consumers need to understand that fertility startups don’t have the same ability ― and responsibility ― to help them interpret those test results in light of their family history, reproductive history and life goals, said Madeira.

And even though fertility startups have doctors on their boards and staffs to help clients make sense of their test results, they may also have legal disclaimers, as Modern Fertility does, explaining that their services are not substitutes for medical advice, diagnosis or treatment. 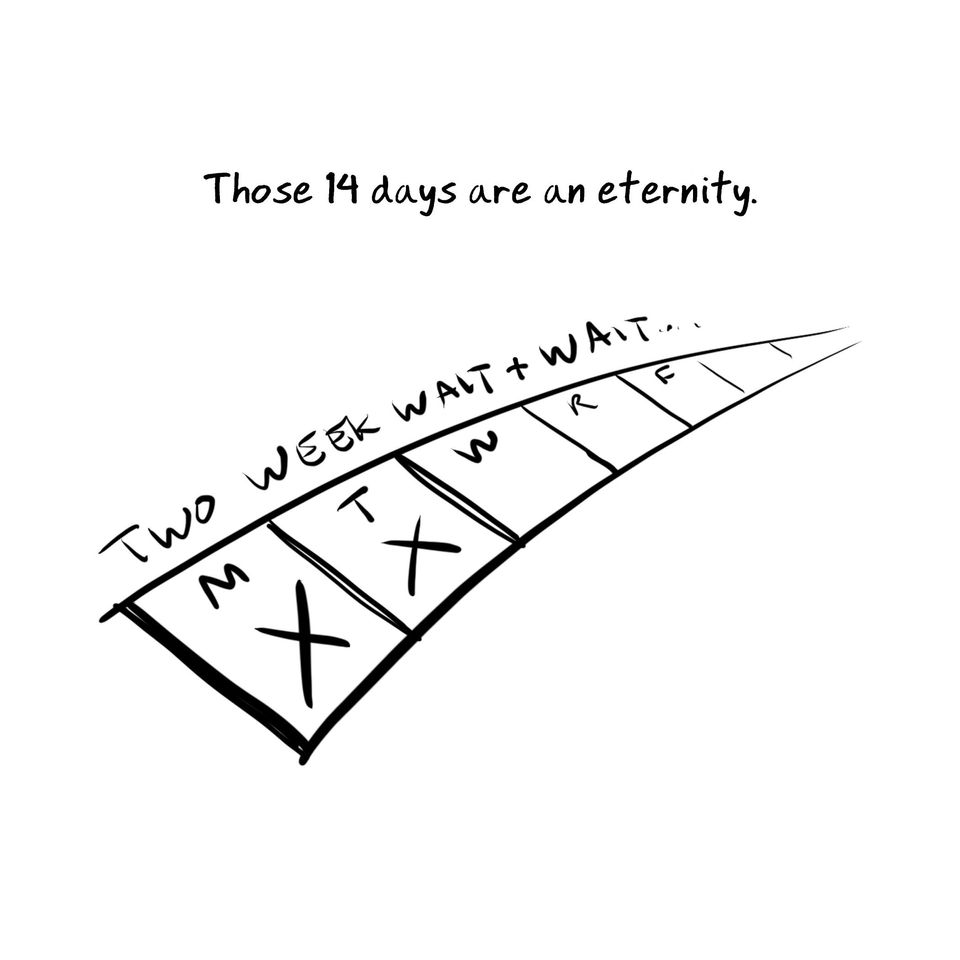