My father helped me with my third grade science project, carefully using Tonka Toys to adhere styrofoam "planets" when creating the solar system. He was there when I was in the Girl Scouts, standing alongside my mother as I went door to door selling cookies. It was for that same troop that he volunteered to play Santa and months before that, when he dressed up as a scary creature for a Halloween party on the military base where we lived. There were father-daughter dances, the time he took me to the hospital during a dehydration episode and many instances of playing "guess the profession" as we'd people watch while waiting for my train to arrive and take me to my job in New York City. 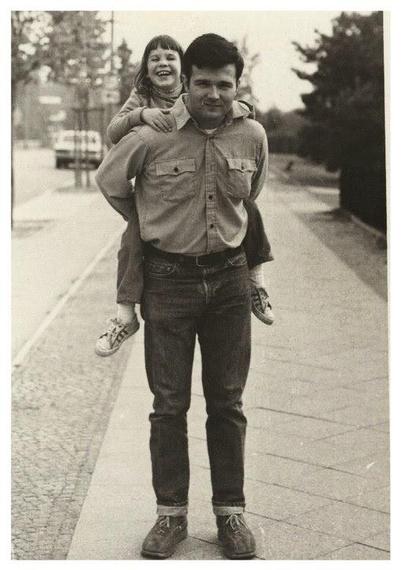 Then, this past February, my father said goodbye. Moments we shared together were no longer simple memories, but rather ones jolted from my mind by the incessant, rhythmic ventilator that made his chest rise, then fall with predictable precision. Thin Mints, bicycle rides and laughs ebbed and flowed in between images of his body, reduced to a fragile man nearing his end on this earth. Even still, I cannot think of past memories without visuals from the recent, upsetting one nudging their way in.

While some people find comfort in reading books about life after death or engaging in meditative practices to help themselves heal (both of which I've been doing), I've found that the simple act of sleep has allowed me to find the peace I need during this time. No, this isn't about trying to sleep off -- and therefore not acknowledge -- my feelings. Quite simply, after my father's death caused by metastatic melanoma, I've had numerous dreams about him. As I go to bed, I am excited knowing I will dream and that when I do, I'll likely hear his voice and see his face just as I did during my 40 years with him.

My sleeping hours have been filled with vivid details for as long as I can remember. Many of these dreams I'd share with my father, often discussing the previous night's recollections just for fun. Sure, we spoke of work, family and world events, but sharing my dreams with my dad became our "thing," something I'd later learn would hold a special significance. My father knew how fascinated I was with dreams in general, how excited I'd get in telling him the colors and words I'd hear; I'd like to think that his appearance in my dreams after his death is his way of visiting me, of letting me know all is well with him and that it should therefore be with me too.

Welcoming the chance to see my father again

One dream involved me taking his picture, at which point he raised both hands up to give the peace sign gesture just as I clicked the button. Another night's dream allowed me to see him at my grandmother's house where he grew up, folding laundry and vacuuming together in silence.

A more elaborate dream involved him as some kind of cruise ship tour guide (although the boat was much smaller than a cruise ship), wearing black pants and a white short-sleeved top. Then, he was often pointing out towards the ocean as he spoke with passengers who stood on the steps before him, about to embark on their nautical journey. In that dream, he was making jokes and talking with the passengers, making them erupt in laughter. I don't recall what the jokes were but it didn't matter. Observing him was enough for me.

In real life, he frequently made it a point to engage with others, making this cruise ship dream not so far off base. He was often determined to make even the most serious person smile, without being obnoxious, but genuine and funny. He did this quite a bit, easily talking to other people and interacting with them as if they'd been friends forever, which I think is what we all are in the end anyway, and perhaps his point to people all along.

I actually remember waking myself up laughing out loud from this dream, despite the fact that I can't remember what the heck he was saying that caused the people on those stairs to giggle. Perhaps I don't need to know; maybe just the the fact that he made me smile and remember the importance of a sense of humor again was enough... for him and for me. 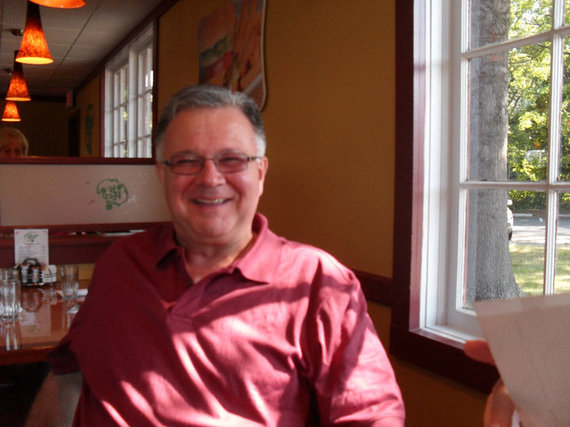 On one hand, I welcome these dreams with open arms because I'm able to see my father once again. However, it's every bit as heartbreaking as it is glorious. It's heartbreaking because I wake up, disappointed with thoughts that he's relegated a stage of sleep, photos and conversations that use the past tense. Yet I look forward to the end of the day, excited with the hope that I'll see him soon in my dreams.

Bittersweet reflections of wishes fulfilled
Of course I've had other dreams since he passed away. I've fed wild geese Brazil nuts and have had some of those floating sensation ones. My favorite dreams, of course, are the ones where I see my father. I'm convinced it's his way of visiting, of letting me know that while he may be gone in his energetic, friendly, physical form, he's still very much around in other ways.

My most recent dream took me right back to the same hospital room where he died. Perhaps this was merely an extension of my daily thoughts, the ones in which I replay that exact moment in detail. The sweet, yet salty-medical smell of his skin as I kissed his left temple. The cloud-white comforter that covered him from the shoulders down. A chest that no longer moved rhythmically, but sat still no matter how hard I willed it to move again.

In this dream, I remember taking his hand and joining it with my mom's hand and mine, the last time the three of us would be able to do so. In reality, my mom and I held hands as he passed, but we were unable to hold his as they remained secured under the tightly tucked-in comforter that the doctors had prepared. This dream, I am sure, is my dad's way of letting me know that he was holding our hands all along, just not physically. He was doing for me now what I wished we could have done then.

My father may not be around to listen to my dreams anymore, but I consider myself fortunate. I am, after all, still sharing my dreams with him. 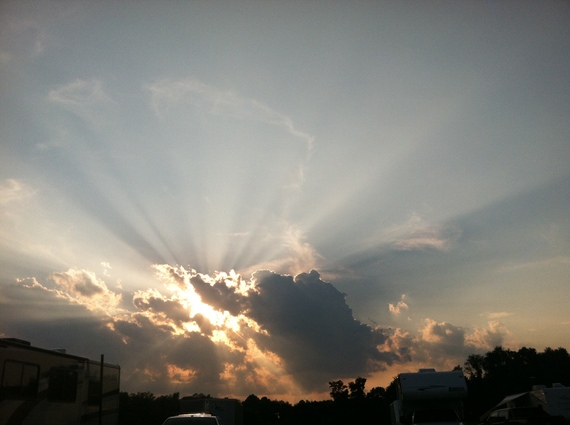 Voting Made Easy
Register to vote and apply for an absentee ballot today
Register now
More:
healthy livingDreamsDeath dyinggrief
Newsletter Sign Up
The essential guide to taking care of your mind and body
Subscribe to HuffPost’s wellness email
Successfully Subscribed!
Wellness delivered to your inbox