As a young bride barley off her honeymoon, I was diagnosed with a rare illness and told I would be lucky to see the age of thirty. My disease quickly robbed me of essential functions I never realized were a true privilege. Eating; biting into a delicious, juicy cheeseburger, abruptly become impossible. Now I had a tube. Breathing; simply walking and talking to an acquaintance became unfeasible. Now I had a tank. My months suddenly consisted of 16-plus doctor appointments and a bombardment of constant procedures -- just to stay alive. Chemotherapy wracked my fragile body every month in an attempt to destroy my malfunctioning immune system which believed my crucial organs, blood vessels, and skin were foreign invaders. In an instant my life, my husband's life, and my family's life were destroyed. 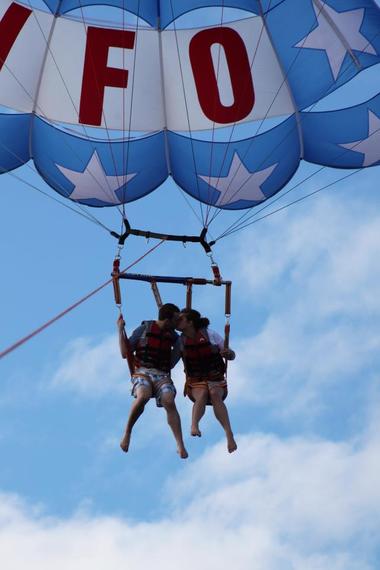 Chanel and her husband on their honeymoon.

Yet, through this unbelievable grief, pain, and struggle, those around me seem to depict that my illness, the fatal illness that seized my body and destroyed the quality of life I had left to live, was somehow less tasking than another.

"At least it's not cancer."

While many individuals are genuinely trying to express a supportive ideation, this phrase comes off as anything but. The statement brings on genuine emotional distress to those enduring rare illness, making them feel as though their anguish isn't important. Stating that one's disease is less distressing than another is not only unhelpful to a patient's situation, but extremely prejudiced. The phrase is frequently based not on fact regarding both illnesses, but off one's general understanding that cancer is deadly, and the treatment is harsh. With media attention focused heavily on the devastation of cancer, society truly has no idea how life-altering, and fatal other diseases of the human body can be, due to a lack of introduction. However, I don't believe that a shortage of knowledge should exonerate this improper comment.

Comparing diseases is a disrespectful habit that many people do not even realize they have formed. They have become so accustomed to watching those suffer around them from the epidemic that is cancer, they are completely unaware, and sometimes even un-accepting that anything else could be just as violent. Many illnesses, such as Systemic Sclerosis which I suffer from, are rare, leading to a lack of knowledge regarding their severity and detriment to the body. While you may never have heard of this illness, it does not undoubtedly mean I am better off than if I were to be suffering from cancer.

The truth of the matter is -- many diseases destroy lives.

For most people the comparison epitome comes down to three important details: a patient's quality of life, the use of chemotherapy, and high mortality rates. These three essential elements lead many individuals to believe that cancer truly is the most insufferable illness. Please be aware that I am not writing in an attempt to sway readers that one disease is worse than another, but writing to show the similarities that rare illness, and cancer patients share. Hopefully, this awareness can bring about a positive change in the way we support all individuals fighting disease. So let's take a moment to look at the similarities of cancer, and my illness, Systemic Sclerosis, on the three topics mentioned above. 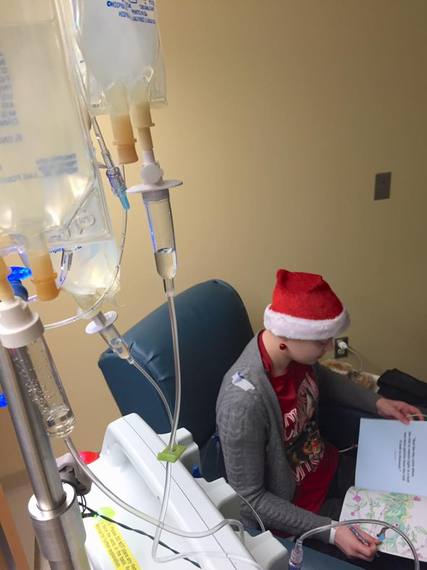 Many rare illnesses have no cure, no FDA approved treatments, little options for specialized care, and occasionally no hope for remission; the principle goal is to prolong a patient's life and attempt to keep them comfortable as the disease riddles their body. Countless rare illness have no awareness, little funding, and minimal support for patients, leaving many feeling alone in their never ending struggle.

After reading these brief similarities, is cancer and a rare illness, such as Systemic Sclerosis, that different? Is one disease "worse" than the other? Is one patient's suffering truly more "significant" than another patient's? Perhaps the real question is why we feel the need to pit two illnesses against each other. Is our human nature so incapable of setting aside competition we cannot simply encourage a heartbroken friend?

The reality is, both diseases have different stages, and forms, leaving some patients a prosperous prognosis, and others a poor prognosis. A patient's quality of life, their treatments plans, and overall outcome varies greatly depending on the organs affected in both Cancer and rare illness. So while yes, there are absolutely forms of Cancer that are much more deadly, with treatment much more hostile than specific rare illnesses, the same could be said vice versa. Is it truly fair for a by-stander to make that assumption knowing nothing about the illness they are discrediting?

Please recognize that comparing one's illness to another is not an appropriate way to console a suffering individual. Would you ever express to a cancer patient, "At least it's not _____." More than likely the answer is no, because you know how devastating their illness can be. So, let's break this negative habit; everyone fighting a battle deserves to be respected, and extended empathy, whether you have heard of their illness or not. 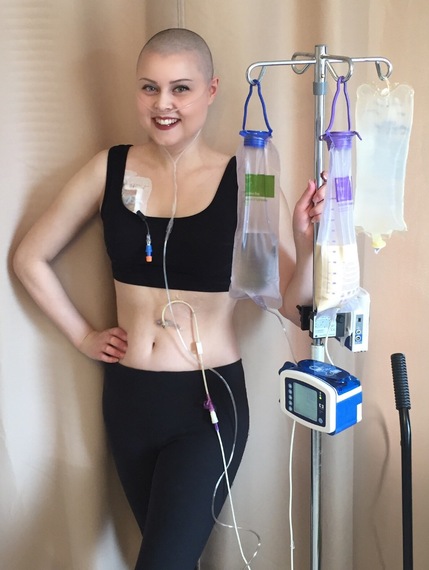 Chanel at home with the medical devices that keep her alive.