Like many young men, Lorca Massine went into his father's business.

Unlike most families, Lorca's father's business was the ballet.

Léonide Massine was one of the world's greatest choreographers, whose art defined dance for most of the 20th century.

Lorca Massine first appeared on stage as a child and went on to a highly successful career as a dancer and then a choreographer.

Any pressure from Dad? None, Lorca says.

"We were two colleagues living under the same roof," Lorca tells me.

Lorca Massine is in Boston this week, preparing Boston Ballet dancers to present his father's great -- and fun -- work, Gaîté Parisienne, which Léonide choreographed in Monte Carlo in 1938 and Lorca reimagined exactly a half century later in London.

"The challenge of this ballet is that dancers have to 'dance outside of themselves,'" Lorca says. "They can't just perform the dance; they have to be the dance."

The good news, he adds, is that ballet dancers are much better today than they were in his father's era.

"Back then, they weren't as good in terms of technique," he says. "They relied more on their acting ability. That was an essential part of dancing, and still is.

"But today, the dancers are much more athletic and technically skilled than in my father's era. This makes the performances even more exciting for the audiences."

Gaîté Parisienne, with music by Jacques Offenbach, doesn't have a conventional plot. Instead, the one-act ballet depicts the liveliness of a mid-19th century Parisian café replete with flirtations and alcohol-fueled revelry.

The ballet is one of four 20th century masterpieces to be performed together in an evening entitled Kaleidoscope.

The others include William Forsythe's The Vertiginous Thrill of Exactitude, set to the music of Franz Schubert; Leonid Yakobson's Pas de Quatre, set to music from Bellini's opera Norma, and George Balanchine's Kammermusik No. 2, danced to music of Paul Hindemith.

Balanchine is best known to American audiences as the father of the New York City Ballet. Before New York, however, Balanchine ruled the Ballets Russes, where he and Massine pere frequently butted heads.

"My father was very demanding," Lorca recalls. "He and Balanchine were enemies. And yet, when I made my first appearance in Paris, they were sitting together and watching in the same box."

Lorca has high regard for Boston Ballet, where he says the star system so prevalent in the dance world today has no place.

"What's unique about Boston Ballet is that all of the dancers are important. The caliber of the company is extremely high. I'm enjoying my work with the dancers very much."

Lorca says that while he has license to change his father's choreography, for the most part what audiences see in 2016 in Boston isn't that different from what balletomanes saw in London in 1988 or in Monte Carlo in 1938.

"The dancing is much better," Lorca says. "That's the difference. In a world where other art forms -- movies, the theater -- may not be as good as they once were, I'm happy to say that ballet is even better." 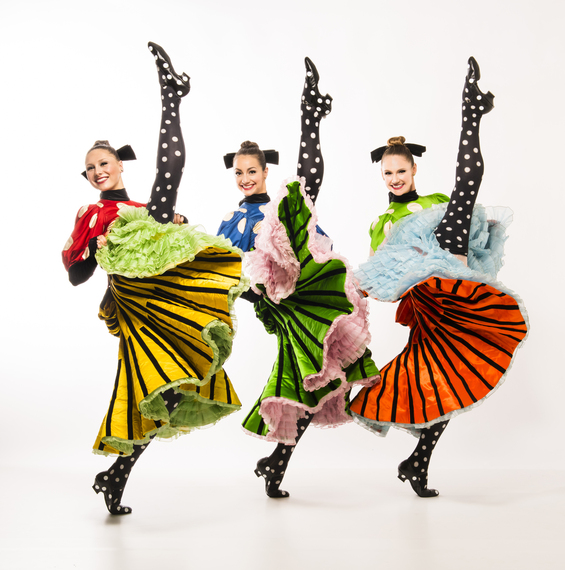