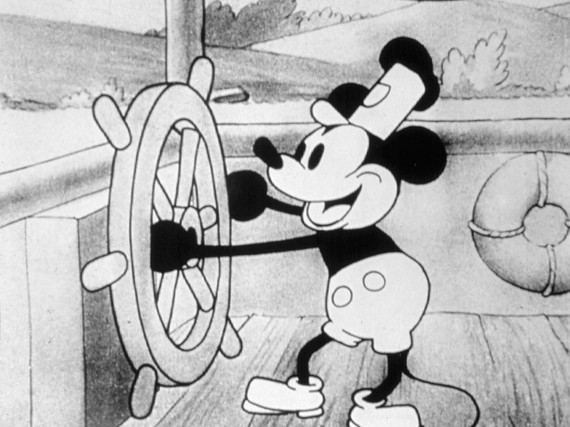 For thousands of years, what many failed to perceive of their ever-changing surroundings, artists found alternate ways to express through new and radical techniques. The artists' methods were often intended to provide an aesthetically pleasing environment or gain recognition by focusing on taboo subjects. However, their viewpoints did very little to address problems or provide useful alternatives to a situation.

It wasn't until the rise of artists who lived at the intersection of arts and sciences, such as Leonardo Da Vinci, Pablo Picasso and Walt Disney, that innovations containing both aesthetic and technological factors contributed to societal achievements.

Leonardo Da Vinci lived in a time of cultural transition known as the Renaissance, an era of philosophical, scientific and religious "rebirth," where the masses no longer accepted beliefs at face value and questioned the reasoning behind given theories. This new mindset gave rise to a curiosity about the origins of science and how art could demonstrate them. Da Vinci believed that "perception is the origin of all knowledge" and that "science is the observation of things possible, whether present or past."

Everything that Da Vinci observed of his surroundings, he sketched and theorized about in journals and codices scripted in his mirrored handwriting. He was the first of his kind to combine the keen eye of an artist to study the detail of his findings, and the curiosity of a scientist to approach his subjects with an open mind.

One of his greatest achievements within this crossroad between observing and drawing were Da Vinci's flying machines and the possibility of human flight, which was eventually achieved by the Wright Brothers about 500 years later. His findings became a source of inspiration and a base for study that we continue to refer back to primarily due to not only the artistic detail of the machinery but also the aerodynamic theories, the description of wind currents, the mathematical calculations and measurements, and the engineering of each contraption.

Centuries later, Pablo Picasso followed in Da Vinci's combined artistic and scientific endeavors when he developed an art technique that tore apart more than 600 years' worth of refined art styles by centering around dislocated and geometric figures. The joint simplicity and complexity demonstrated in Picasso's work provided a never-before-seen style of painting and a fresh percept of one's surroundings by solely focusing on the most basic design of the natural environment: lines and shapes.

Before Picasso, all mediums of art focused on the refinement and smoothness of their subjects. During the time of and after Picasso, art was idolized for its rawness of simple shapes and abstract expressions.

Picasso's most widely recognized masterpiece to this day was Guernica (1937). It was completed following the bombing of the town of Guernica by Nazi and Italian forces during the Spanish Civil War. Guernica is a two-dimensional work that exhibits simple geometric and abstract images that are severely fragmented, distorted and disjointed throughout the painting. It displays the ruthless, calculated terror of the historical event, and it provides an artistic perspective of the action through multiple viewpoints.

At the start of the 20th century, the new art medium of "moving pictures" was unveiled, but it remained a debatable topic throughout until Walt Disney synchronized motion pictures with sound, color, animated characters and fluid motor skill movements.

Disney became a legendary symbol of children's entertainment, alongside the cartoon character creation, Mickey Mouse. It wasn't until the release of Steamboat Willie (1928), however, one of the very first animated sound films ever made, that other artists started to notice the potential that animation had in the film industry.

Steamboat Willie was an immense contribution to the artistic and scientific intersection because of its vibrant combination of music, synchronized sound effects and later additions of color. Cinematography alone was still a new form of art in Disney's time that many perceived as a passing phase, but when sound and color were added to moving pictures, the world of fantasy in film suddenly transformed into a more practical impression of real life. Since that time, Disney's Mickey Mouse character paced the way to the animated films and television series that we watch and listen to every day.

When we heed respect for artists, we often commend contemporary idols with discoveries and defiant actions that tear away from the norm, but we forget those artists living at the crossroads of the arts and sciences, who contribute to society in various unique ways. Artists such as Da Vinci, Picasso and Disney, who discovered a common ground where science and art meet, provided a degree of mental stimulation and a sense of independent exploration that moved society forward.