In a city that never sleeps, YeloSpa offers an oasis of sleeping pods within midtown Manhattan. Featured in The New York Times, Vogue and Cosmopolitan, the patented nap rooms awaken guests gently with simulated sunrises.

Founder Nicolas Ronco came up with the concept in 2007, after feeling constantly jetlagged from business travel. In Japan, he witnessed how long work hours coupled with power naps relieved stress and recharged the body. Besides its signature zero gravity sleep therapy, YeloSpa also specializes in reflexology, detox treatments, massages and facials. 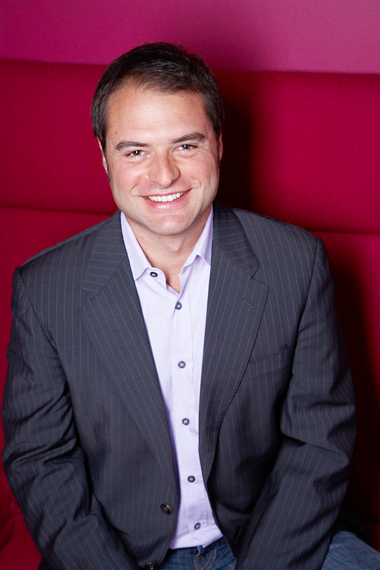 We spoke to Nicolas Ronco to find out more about this nap haven, meditation, city life and more:

What makes this "zero gravity" sleep therapy? And why should someone try it?
We put you with your knees slightly above your head, and we call it zero gravity because if you were sent to the space station, your body would naturally take that position if you were just floating in zero gravity. The advantage of that position is that your blood flow is going to be slightly modified and the blood is going to concentrate in your chest, provoking a quick relaxation response. Now, it's a position you don't want to stay in more than three hours, again because of the change in blood flow. So obviously you're not going to spend a full night in that position. But anywhere from 20 to 40 minutes, which is the length of napping that we allow, is perfect.

Twenty minutes doesn't sound like much time for a nap; what can a quick doze really do?
Twenty minutes is what we advise for people we call professional nappers. These are the people that you put them in the bed and they're gone. Most people are not professional nappers; it will take them anywhere between 10 to 15 minutes to actually wind down. These people we advise 40 minutes of napping time. Now, the benefits of quick naps is several fold. One, it's gonna help your heart. There was a study [Harvard, 2007] that showed people able to take 20-minute naps three times a week reduce their rate of heart attacks by 37 percent. Napping is also very good to help you solve problems. So if you're having an issue during the day, or problem at the office, you take a quick nap and all of a sudden, you're going to come up with a solution. A lot of people are burned out or are depressed and the issue is that they don't get enough sleep. Now a word of warning, people should not nap more than 40 minutes, because then they get into deep sleep and this will impact your night's sleep. While a shorter nap will have no impact on your night sleep, but will actually benefit your night's sleep by making you more relaxed during the day and preventing you from drinking coffee as a benefit.

YeloSpa has just one U.S. location. What's the next American city that really needs a good nap?
We are also in San Juan, Puerto Rico, so I don't know if you consider that to be a U.S. location, but we just opened a 5,000-square-foot spa on May 1 of this year. The other place that I would say would benefit from having YeloSpas are Austin, Chicago, L.A., San Francisco, Dallas, Houston, Philly -- I would say all of the high-pressure cities in the U.S. In cities, where you have huge pressure and you need to disconnect, it's a vital need.

You volunteered at an ashram in India; did you bring anything from that experience to YeloSpa?
Actually a lot. That's a very good question. The ashram in India where I volunteered for 5 months, I learned a lot about ayurvedic medicine. At that time, I was practicing meditation and yoga everyday, and I really discovered the self-healing quality of mindfulness, which in 1997, no one talking about that. So again, that was something that had to be experienced. You feel really that you get more focused, you get more calm, your brain chemistry actually changes.

What do you like to do when you're not working?
I love to travel. I am actually going to Brazil tomorrow. Even though I'm from France, I'm in love with Asia, Australia and South America rather than Europe. In Brazil, for example, I go to the Amazon. I learn a lot of things from the local tribes and I do ceremonies with shamans in the Amazon; that really helps me with the treatments at Yelo. All of that informs what I do in my work.

Where was the last place you traveled? And did you nap there?
The last place was actually Brazil again. I was in the state of Bahia. That's where I traveled at the end of April. During that time I was doing a lot of activities, surfing, wind surfing. I actually take a nap everyday. I do it everyday on the weekday and pretty much don't take a nap on the weekends. There's more pressure weekdays; I tend to sleep less during weekdays than I do on weekends, so I really feel the need for a nap. But because I've done it for such a long time, I only need a 20-minute nap.