So you overdid it at Thanksgiving dinner. You're certainly not alone: The average Thanksgiving meal clocks in around 3,000 calories, more than most adults need in an entire day.

If you have specific nutrition or weight-loss goals this holiday season, it's easy to get down on yourself about a slip up. It's tougher -- but ultimately more helpful -- to admit maybe Thanksgiving wasn't perfect, but it's really not the end of the world. Instead of shaming yourself for the next couple of days, here are a few more positive thoughts to keep in mind.

You haven't ruined anything.
"Even if you ate more this Thanksgiving than you ever have in a single day in your entire life, the likelihood of you gaining more than a pound -- or even that -- would be unlikely," says Scott Kahan, M.D., MPH, director of the National Center for Weight and Wellness. "Worst case scenario, you really haven't done much damage when it comes down to it. You haven't ruined your whole health and weight path."

Tomorrow is a new day -- and so is the day after that. 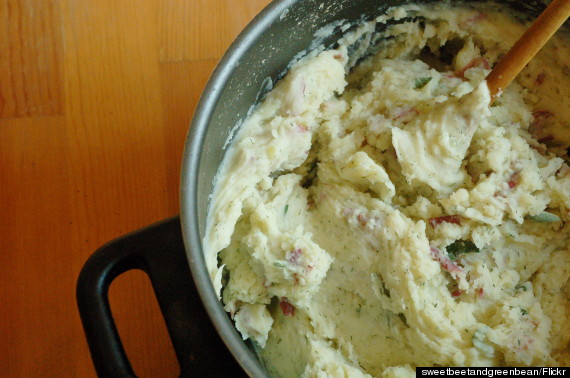 Don't throw in the towel on your healthy-eating plans after one super-sized meal. Just get back into the regular swing of things as soon as you can, rather than continuing to splurge on leftovers. "There's an infinite number of do-overs," author Jess Weiner told HuffPost blogger Jean Fain in 2011.

Forgive yourself.
If you're going to get back on track stat, you've got to recognize the behavior so you'll be able to change it. "Take it one meal at a time and learn to forgive yourself," says Joy Bauer, MS, RD, CDN, nutrition and health expert for the Today show. "Every dieter has slip-ups, but the successful ones know how to keep those occasional lapses contained."

What's done is done.
If forgiving yourself is a struggle, at the very least there's no need to dwell, because there's nothing you can change by worrying about it. Tell yourself you did the best you could and move on.

It's one day a year. 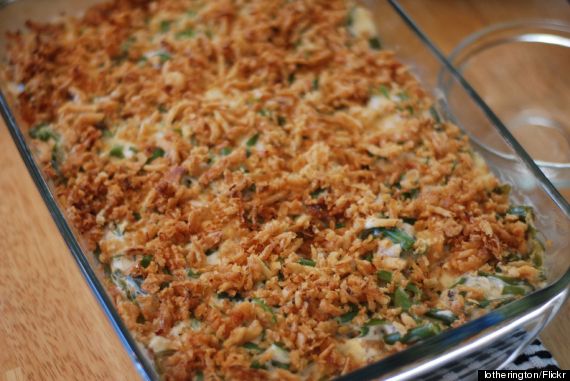 Is there any holiday with better food?! We can't really think of a better excuse to dub it the cheat day.

Rome wasn't built in a day.
Healthy Living executive editor Laura Schocker likes to remind us, "One day of dieting doesn't make you skinny, so one day of eating won't make you fat."

You have permission to enjoy yourself.
Rather than blaming yourself for over-indulging, factor a little extra in ahead of time. "We call these 'taking time-outs,' and we all take them," Rebecca S. Reeves, DrPH, RD, assistant professor at Baylor College of Medicine in Houston, told WebMD. "No one is perfect in their eating habits. What we have to learn is that we are giving ourselves permission to do this, and as soon as it’s over, we should go back to the eating plan we normally follow."

You are not a robot.
The simple truth is that food is a central aspect to many of our social gatherings and celebrations, particularly around holidays, and we are social beings says Kahan. "It's fun, and there's nothing inherently wrong with that," he says. "We're going to overeat at times, we're going to go off of our plan at times, and I think that should be part of the plan. We're not robots." Robot Thanksgiving sounds boring, anyway.

Your food choices are not a reflection of who you are as a person. 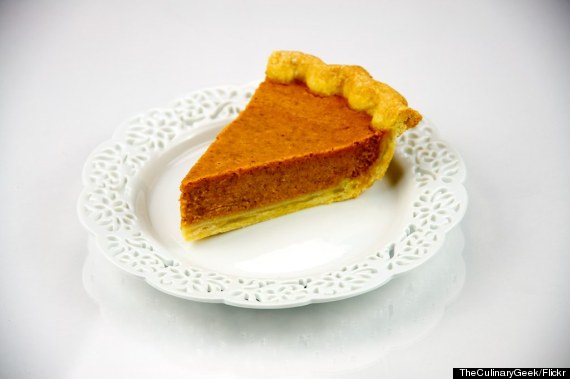 Indulging in Thanksgiving eats that are on the less-than-nutritious side of the spectrum does not mean you, as a person, have been "bad."

What do you tell yourself when you overdo it? Tell us in the comments below!