The American Humanist Association created this infographic which shows some of the ways in which atheists are socially and legally discriminated against. 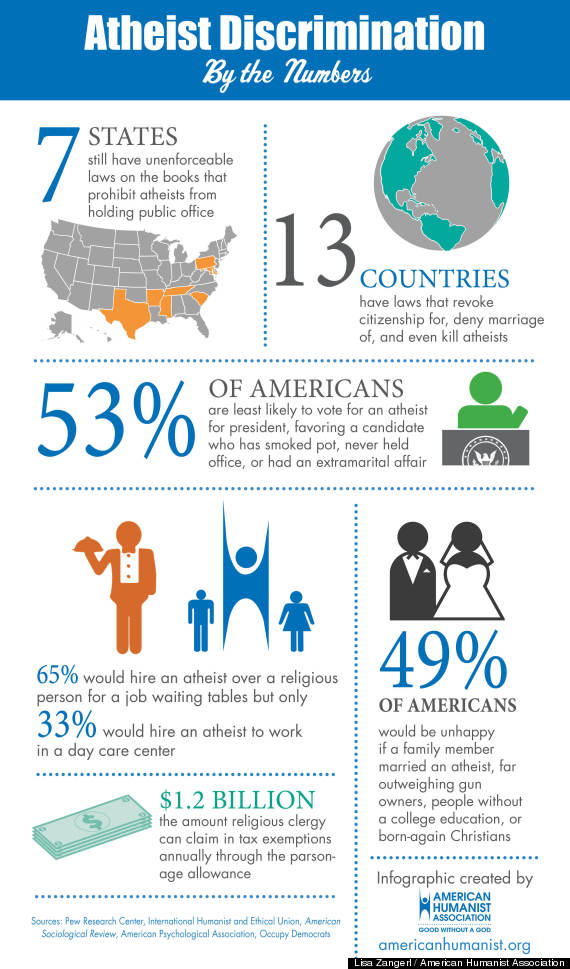 The rise of the religious "nones" in the United States show that more and more people are choosing not to affiliate themselves with an organized religion. But why is this so threatening to people of faith?

Commenter Jackie Martinez wrote, "I don't identify as Atheist (but definitely Agnostic), but I'm saddened by the state of our world when we trust a cheater or rapist more than an Atheist. It's discouraging and disheartening."

Most To Least Religious Countries of 2013