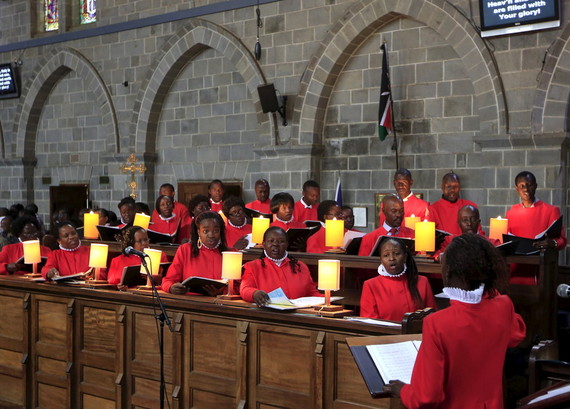 The disquiet among some in Kenya over the registration and formal recognition of an atheist organisation, Atheists in Kenya, raises a number issues.

The first one is about the constitution of Kenya, the second about religious tolerance and the third is about secularism.

According to the country's 2014 demographic profile, the dominant religion is clearly Christianity (82.5%). There are eight religions listed as major religious groups: Protestant, Catholic, Hindu, Muslim, Other Christian, Other Religion, Traditionalists and No Religion. The roughly 80% of Christians include Protestants, Catholics and Other Christians.

Protestants number more than 18 million and Catholics are in excess of nine million. Other Christians number 4.5 million. It is the latter group to which the Pentecostal groups belong.

There are close to a million people registered as having "no religion". The 2014 demographic profile placed those who have no religion at 2.4% of the population, and those with unspecified religion at 0.7%. If one adds the two together it takes the figure of those who are unaffiliated higher than the 2009 figure. It seems that the number of people who are either atheists, or agnostics or just simply not affiliated is growing. Taken together, the million who claim to have no religion in a population of 45 million can be a significant number.

Whether or not this segment of the population is atheist or antitheist, it certainly would include those who Atheists in Kenya could easily attract to its membership.

The growth of religiously unaffiliated people in Kenya is slow but steady, and could be attributed to religious discontent and access to scientific knowledge. What is significant is that the median age of those who are turning to atheism or simply non-affiliation is set at 20 years. In developing countries such as Japan and Europe it is 34. Even pastors seem to admit that atheism in Kenya is on the rise. It may be of interest that Richard Dawkins, one of the most outspoken atheists, was born in Kenya.

At the beginning of the year Atheists in Kenya applied for registration with the registrar of societies. But after protestations from a section of the Christian community, specifically the Kenya National Congress of Pentecostal Churches, the attorney general directed the registrar to suspend the registration on the grounds that peace and order in Kenya would suffer.

The founder of the atheist organisation denied that it constituted a threat to society, saying it was a peaceful group wishing to have formal recognition and space to interact with the rest of society. This makes it unlike those suspected of criminal activities, such as the quasi-religious Mungiki sect.

In a democratic society it is fundamental that all people have equal opportunities to express themselves through any formal organisational networks, as long as such associations are not a threat to society. But the atheists, in so far as they have demonstrated publicly, seem to be interested in promoting their worldview among like-minded people. There is, therefore, no reason for anyone to be agitated about it.

On the other hand, the resistance from a certain section of the Christian community to the group's establishment and registration can only lead to unnecessary friction based on unfounded fear. It is not as if the organisation is on a massive conversion programme so as to pose a challenge to Christianity.

What the law says

First let's establish if Atheists in Kenya qualifies to be registered in accordance with the laws of the country. According to the Societies Act the term "society" refers to any "club, company, partnership, or other association of ten or more persons".

Atheists in Kenya does have more than ten members, according to its claim. Is it an unlawful society as it stands? Not if it has applied for registration within 28 days of its formation and "if it has not been notified of the determination of its application". As it stands the organisation has applied for its registration and has not been formally informed of the decision from the registrar of societies.

The law provides guidelines for the rejection of an application by a society. The grounds on which it can do this is if the registrar

has reasonable cause to believe that the society has among its objects, or is likely to pursue or to be used for, any unlawful purpose or any purpose prejudicial to or incompatible with peace, welfare or good order in Kenya, or that the interests of peace, welfare of good order in Kenya would otherwise be likely to suffer prejudice by reason of the registration of the society.

What the constitution says

Notwithstanding the fact that the constitution does make explicit reference to belief in God, chapter two of the Kenyan constitution makes it explicitly clear that "there shall be no state religion". Furthermore, chapter 2.10 and the Bill of Rights clearly provide an insight into the values that govern the constitution of Kenya. Taken together there is nothing in them to suggest any discrimination against minority groups.

When it comes to religious tolerance, the constitution clearly provides for the protection of one's belief and opinion. Whether or not Kenya is a secular state can be debated, but the values enshrined in the constitution are clearly as secular as can be, and these provide protection to all citizens regardless of their worldviews.

Expression of belief in God in the constitution does not automatically make the country a religious one, but is rather an expression of the broader worldview of the nation. Notwithstanding the dominant worldview of any nation, democracies have clear statements in their "bill of rights" sections providing for the essential freedoms that underpin the expression of human conscience.

The constitutions of India and South Africa, and the First Amendment to the US constitution, are clear examples of such statements of tolerance in society.

In my view, the most fundamental ethical responsibility of any nation or society is to offer protection to its minority communities against the dominance of majority worldviews.