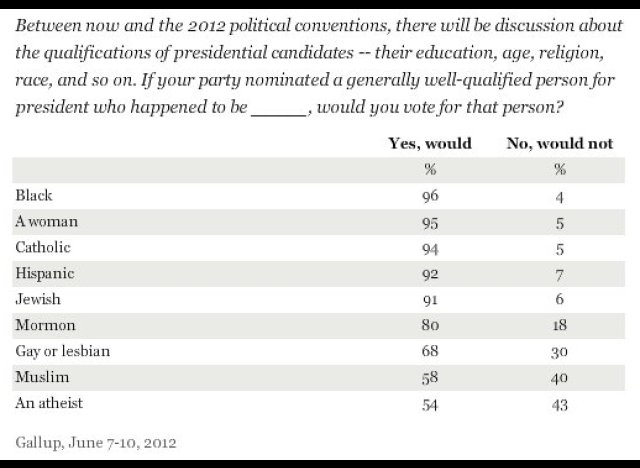 Gallup first asked this question in 1937 referring to women, Jews, and Catholic candidates. Since, Gallup has taken this poll every few years and consistently added new categories as presidential candidates have become more diverse.

Americans willing to vote for a Mormon president rests at 80 percent, a number which hasn't changed much over the last 45 years.

"Over time, Americans' acceptance of blacks and women as candidates has increased the most," the poll reports. 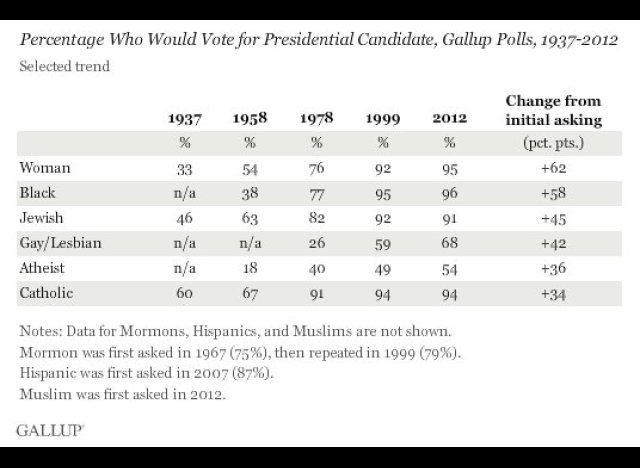 The poll also breaks down the numbers based on party affiliations and age. This year more Republicans leaned towards voting Mormon for obvious reasons. 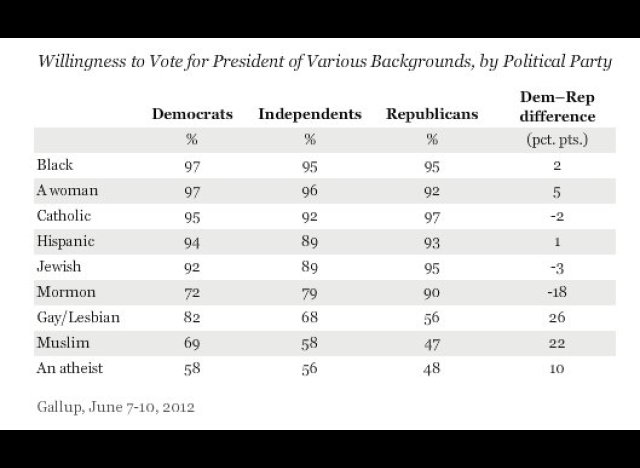 Younger populations seem to be more accepting of diversity in presidential nominations and 7 out of 10 adults under the age of 30 would vote for candidates regardless of background. 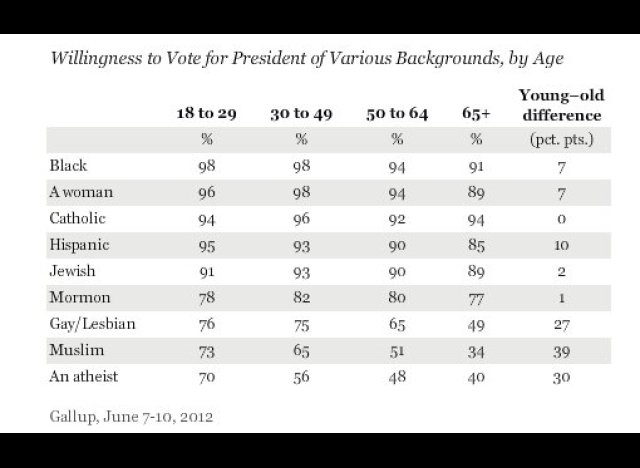