Why would an atheist -- who by definition does not believe in God -- pray?

A Washington Post article by Michelle Boorstein spotlighted the fascinating phenomenon of a minority of atheists, agnostics and the religiously unaffiliated who take to prayer, chaplaincy and other commonly religious practices as a way to experience community with others, relax, meditate and connect to something other than the physical.

The Post leads with Sigfried Gold, who "drops to his knees on the beige carpeting of his bedroom, lowers his forehead to the floor and prays to God" twice a day.

While Gold doesn’t believe there is some supernatural being out there attending to his prayers, he calls his creation “God” and describes himself as having had a “conversion” that can be characterized only as a “miracle.” His life has been mysteriously transformed, he says, by the power of asking.

While Gold may be a unique example, he represents something bigger among the 20 percent of Americans who are religiously unaffiliated, as a recent national survey from the Pew Forum on Religion and Public Life found. The survey, released in October, estimated there to be 46 million religiously unaffiliated adults in the U.S. That includes 13 million self-described atheists and agnostics and 33 million people who don't identify with any religion.

Among that broad group, which is commonly referred by researchers as the "nones," more than two-thirds of people said they believe in God, more than half said they frequently feel a deep spiritual connection with nature and the Earth, more than one-third see themselves as "spiritual but not religious," and one in five pray daily.

Among atheists and agnostics, 14 percent of said religion was "somewhat important" in their lives, while 17 percent said they took part in daily, weekly or monthly prayer. 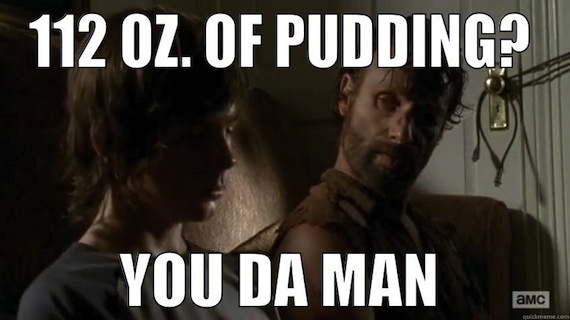 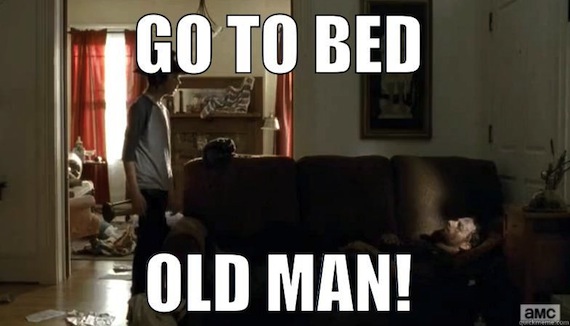 In a HuffPost article last fall, Pew senior researcher Greg Smith explained some of the statistics on the "nones."

The survey found that one-third of adults under 30 do not see themselves as members of any religion, compared to one in 10 among people 65 and older.

"Young people are also more likely to be nones than previous generations were at similar stages in their lives," said Smith. 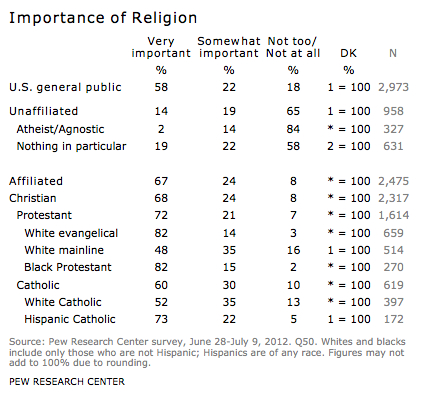 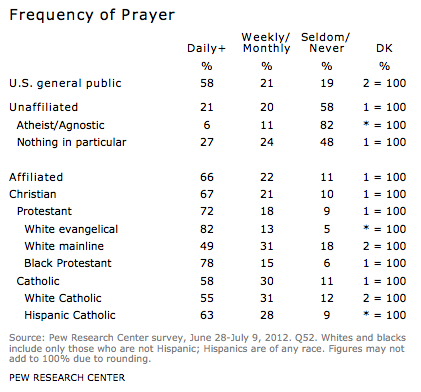 While it's clear that the "nones" are growing and that some atheists pray, not all nonbelievers think it's fair to call prayerful atheists by the same name.

"If you pray to a supernatural being or force you call 'God,' you are not an atheist," said David G. McAfee, who wrote "Mom, Dad, I'm an Atheist: The Guide to Coming Out as a Non-Believer."

Still, it's undeniable that atheists are picking up habits traditionally found among the religious. Just last week, an "atheist church" had it's first meeting in New York City.


Most and Least Religious Cities