From GPS watches to fitness apps, technology has changed the landscape of sports on both the amateur and professional level. In fact, athletes and trainers all over the world have embraced technological advancements to help them evaluate players on and off the field.

Major league soccer coaches are now using systems like Adidas' miCoach to log real-time statistics, which help to gauge performance and reduce injury. Players wear a small tracking device -- which can monitor heart rate, energy exertion, power and workload while they're practicing -- that transmits data to a base station. Coaches can then receive the information on an tablet and immediately analyze the stats.

According to Ben Yauss, strength and conditioning coach for the Los Angeles Galaxy, the Adidas miCoach system helps him to asses whether players are hitting their numbers, and allows him to make adjustments right there on the field. "I think it offers a unique opportunity that really hasn't been done in any major sport up to this point," he says.

The possibilities for fitness monitoring are endless. The data can potentially be used to make trades and even spill over onto the spectator side, making the game-watching experience more interactive.

Soccer isn't the only sport that's tapping into real-time stats. According to Sports Illustrated, at least 13 NFL teams have signed up with Catapult, and Australia-based data tracking company, and NBA and NCAA teams have reportedly adopted the system, too. It's clear that this monitoring technology is redefining the arena of sports. 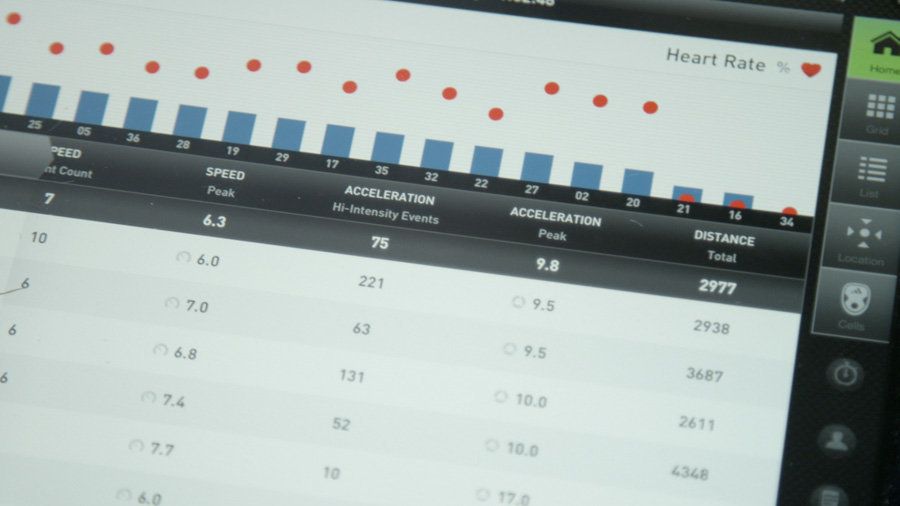 1 / 7
Adidas' miCoach system transmits 200 data records per second from each player to the coach's tablet.