For the first time since 1969, Atlanta, Georgia, may elect a white mayor.

City Councilwoman Keisha Lance Bottoms, a black Democrat, and City Councilwoman Mary Norwood, a white, centrist independent, are locked in a dead heat in the polls ahead of Tuesday’s runoff.

A Friday poll showed Norwood with a 6-percentage-point lead over Bottoms. Other recent surveys showed Bottoms ahead by a small margin.

A Norwood win would mark something of an earthquake in Georgia politics,  handing the reins of a majority-black city to a white leader and depriving the Democratic Party of its biggest bastion of power in the Peach State.

Her victory would reflect the growing size and influence of the white population in Atlanta as a result of gentrification, as well as dissatisfaction with decades of black political leaders’ pro-business policies in the city, according to Michael Leo Owens, a professor of political science at Emory University.

“This would put so many black elected officials on notice that the neoliberal approach has its limits electorally, that there are people who are demanding more and that people are not satisfied,” Owens said.

Even the declining share of black voters in the city is to some extent an indictment of center-left black political rule, Owens argued.

“A lot of black folks have left the city. They are voting with their feet,” Owens said. “That is a reflection of some of the weaknesses and limits of black Democratic practices in the city of Atlanta.”

Atlanta, the commercial capital of the Southeast, is a historic hub of black wealth and political power. The city has been run by black mayors since 1973, when Maynard Jackson defeated white incumbent Sam Massell. Jackson was the first black mayor of any major Southern city.

In recent years though, as development has exploded in Atlanta, the city has become increasingly white, creating more fertile ground for a figure like Norwood to thrive.

Given the rising white population, it is less surprising that Norwood is so competitive, according to Owens.

Norwood already came inches away from the mayoralty in 2009, when Mayor Kasim Reed defeated her by a margin of just over 600 votes.

In this year’s nonpartisan primary on Nov. 7, Norwood came in second after Bottoms. But in that first round, Owens noted, Norwood also had to contend with two other white candidates ― former Atlanta Chief Operating Officer Peter Aman and former City Councilwoman Cathy Woolard ― who likely fractured the white vote.

Norwood’s strong standing cannot be attributed solely to the growing influence of white voters in the city, however. The race has been shaken by what Owens calls the “defections” of prominent black leaders to Norwood’s candidacy. Former Atlanta Mayor Shirley Franklin, who preceded current Mayor Kasim Reed; outgoing City Council President Ceasar Mitchell, who came in sixth place in the Nov. 7 mayoral primary; and former Fulton County Commission Chair John Eaves, another failed mayoral contender, have all announced their support for Norwood.

For his part, former state Sen. Vincent Fort, a champion of Atlanta’s working-class and low-income families with deep support in the city’s activism community, declined to endorse in the race. But in his remarks announcing the decision, Fort made a point of praising Norwood as someone with whom progressive activists could work, and said virtually nothing about Bottoms.

The lack of unity behind Bottoms in Atlanta’s black establishment has as much, if not more, to do with city power brokers’ feelings about Mayor Reed ― Bottoms’ top backer ― as it does about either Bottoms or Norwood  themselves.

At the same time that the term-limited Reed is feverishly working to elect Bottoms as his successor, his administration is mired in a corruption scandal over bribery in the city contracting process. In September, Adam Smith, the city’s former chief procurement officer under Reed, pleaded guilty in federal court to accepting $30,000 in bribes in exchange for help winning city contracts.

The high-profile guilty plea has stoked suspicion that the corruption went deeper in the Reed administration, casting a pall over city officials close to the mayor, including Bottoms. In October, fearing potential allegations of guilt by association, Bottoms returned over $25,000 in contributions from a city contractor targeted by the federal bribery probe.

I voted for Mayor Reed twice but I am disappointed. I don’t want to see him a third time around through Keisha Lance Bottoms. Deborah Arnold

But perhaps most importantly, critics of Bottoms associate her with Reed’s neglect of underprivileged neighborhoods in Atlanta.

Deborah Arnold, a 54-year-old affordable housing activist who lives in a mixed-income building complex in the Mechanicsville neighborhood, said she planned to vote for Norwood because of her disappointment in how Reed had handled the concerns of low-income communities about gentrification. Arnold worries about being able to continue living in her neighborhood as housing prices rise and the city facilitates the development of areas around the old Turner Field where the Atlanta Braves used to play.

Bottoms “is a continuation of Mayor Reed, definitely,” Arnold said. “I voted for Mayor Reed twice but I am disappointed. I don’t want to see him a third time around through Keisha Lance Bottoms.”

Atlanta’s steady economic development has filled city coffers, but it has coincided with the displacement of predominantly black, lower-earning Atlantans who can no longer afford to live in the city.

Some of the numbers are staggering. In Fulton County, where all but a sliver of Atlanta is located, 22 percent of renters received eviction notices in 2015, according to the Federal Reserve Bank of Atlanta ― twice the rate of Cleveland, Ohio.

The rate of eviction notices, which the Fed calls a “crisis,” appears to be linked to the decline in affordable housing stock. Rental properties in Atlanta with rents of $750 a month or less have declined by 4.4 percent annually from 2006 to 2013, according to a 2015 analysis by Dan Immergluck, an urban planning expert then at Georgia Tech.

Bottoms has proposed several policies to increase affordable housing, the biggest of which is raising $1 billion in public and private funding to “fight displacement” and fund the development of affordable housing.

Norwood has a list of her own housing proposals that include promises to “protect senior homeowners,” reduce or freeze property taxes for vulnerable homeowners, and partner with the federal government to provide more affordable housing vouchers.

For many black critics of Reed, Norwood’s relatively moderate profile, frequent appearances at civil society events in predominantly black neighborhoods, and reputation for openness to other ideas gives them permission to consider her candidacy, according to Owens.

“She has left the door open for people to have reason to support her,” Owens said.

Franzen said Bottoms has been non-responsive or outright hostile to the demands of coalitions he has led. Norwood, by contrast, has kept an open door to Franzen and groups he works with like the Housing Justice League, according to Franzen.

“I’m not excited to vote for Mary Norwood, but I could not in good conscience vote for Keisha,” he said.

For her part, Norwood has been dogged by questions about troubling comments she has made. In June remarks to the Buckhead Young Republicans, Norwood was recorded narrating a lengthy account of how she believes Reed organized voter fraud with the help of “thugs.”

At a debate in late November, shortly after the Atlanta Journal-Constitution published a tape of Norwood’s comments to the Buckhead Young Republicans, Bottoms accused Norwood of using “coded language” to promote stereotypes of African-Americans committing voter fraud.

“The coded language was related to African-Americans who exercised their lawful right to vote,” said Bottoms. “And my opponent referred to it in a secret tape using coded language.”

The Bottoms campaign is making the case that Norwood does not have the experience or sensitivity to navigate the city through moments of racial tension that might arise in the future.

“The fear for a lot of people is that we could have some Ferguson situation erupt and she is not the one to lead us through it,” a Bottoms campaign aide told HuffPost.

Meanwhile, the Georgia Democratic Party has pulled out all of the stops to depict Norwood as a closet Republican and frame the mayoral contest as a key test in the fight against President Donald Trump. The party created a website, “MaryTheRepublican.com,” that touts Norwood’s hiring of some Republican consultants, her refusal to endorse Democrat Jon Ossoff in the special congressional election in June, and audio in which she implied that she chose to run as an independent rather than as a Republican because it is more politically expedient in Atlanta.

The party even launched a six-figure ad campaign asking whether Atlanta’s next mayor should be “from the party of Trump.”

Norwood has vehemently denied any association with Trump, describing herself as a “progressive independent.” A supporter of abortion and LGBTQ rights, Norwood says she voted for Hillary Clinton in 2016 and voted for Barack Obama twice before that.

Bottoms has nonetheless benefitted from attempts to nationalize the race. Democratic Sens. Kamala Harris (Calif.) and Cory Booker (N.J.) both visited Atlanta to campaign for Bottoms, emphasizing the importance of keeping a Democrat in power in the city.

Bottoms has also had the vocal support of local rap legends TI and “Killer Mike” Render. The latter supported Fort in the primary.

“Atl this is a National Election don’t Be fooled! All of black America and Worker Class America will be affected,” Render wrote in the caption of a pro-Bottoms Instagram post providing information for voters who need rides to the polls. (Render has over 430,000 Instagram followers and he has increasingly saturated his feed with enthusiastic encomiums to vote for Bottoms.)

Among some rank-and-file voters though, there is a sense that the race has forced them to pick between the better of two imperfect choices. Angelo Veney, a 51-year-old software engineer, owns a condominium in Atlanta’s West End neighborhood. Veney, who has been frustrated with what he believes is the Reed administration’s inattention to neighborhoods like his, voted for former City Councilwoman Woolard in the primary.

Deciding who to vote for in the runoff, however, was the “toughest decision” of his life, Veney said. He ended up voting early for Bottoms, because he believes she would make a better spokeswoman for the city.

If Norwood wins, Veney said, he is hopeful that her desire to earn the trust of black Atlantans could actually lead her to work harder on behalf of some of the city’s underserved neighborhoods.

“She’s gonna have prove to the black community that she is about her word, about being all inclusive and representative of all the neighborhoods,” Veney predicted. “So I think she is going to put some energy and effort into it.”

PHOTO GALLERY
The 10 Best Small Cities To Live In The U.S.

Why Atlanta Could Elect Its First White Mayor In 4 Decades
The 10 Best Small Cities To Live In The U.S. 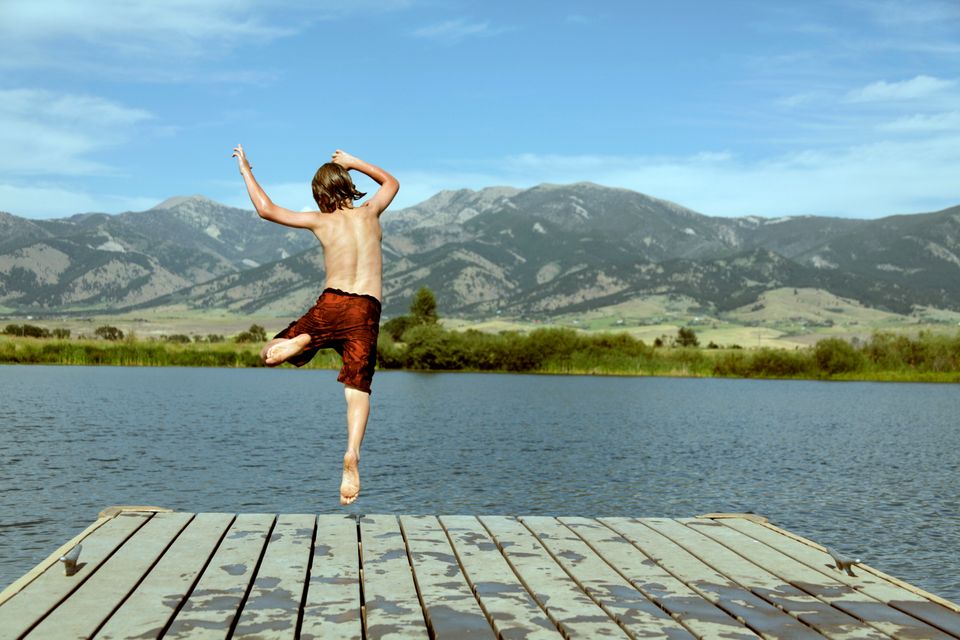